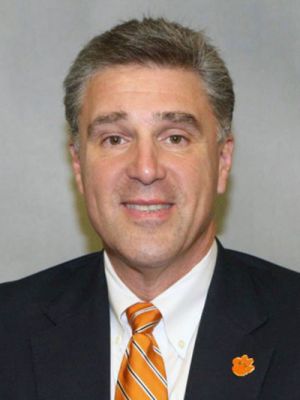 From the Desk of Dan Radakovich

Named the 13th director of athletics in Clemson history on Dec. 1, 2012, Dan Radakovich has continuously led the Tiger athletic department to high achievements, both on the field and in the classroom, while developing significant upgrades in finance and facilities. Since his arrival, Radakovich has led Clemson athletics to a period of sustained success and growth, considered among the greatest stretches in school history.

As a department, Clemson student-athletes have recorded nine semesters with a 3.0 GPA or higher, including a record 3.57 GPA in the spring of 2020. Radakovich has guided the department successfully throughout the pandemic, helping Clemson to reopen athletic operations, including safely hosting 112,367 fans at Memorial Stadium in 2020, third most in the nation.

In 2020-21, Clemson had its best finish in the Learfield Directors’ Cup since 2007, finishing No. 36. Highlighting the athletic year, the football program claimed the ACC title and appeared in the College Football Playoff, the men’s soccer program claimed the 2020 ACC championship, and the women’s soccer program advanced to the Elite Eight in their sixth-straight NCAA Tournament appearance. Additionally, Radakovich oversaw the development of the softball program at Clemson, which officially began in the spring of 2020. That program earned the ACC regular-season championship in 2021 and made its first trip to the NCAA Tournament. Clemson also made NCAA appearances in men’s basketball, indoor and outdoor track & field and men’s and women’s golf.

During Radakovich’s tenure, IPTAY has seen more than $200 million in contributions and he was instrumental in the Cornerstone Partner Program, which together has helped fund more than $80 million in scholarships and numerous investments in the student-athlete experience.

Radakovich’s tenure has been highlighted by the success of the football program, which has claimed the 2016 and 2018 national championships. The Tigers have won six consecutive ACC titles and have made six straight College Football Playoffs.

The Clemson athletic department set a school record for the highest score in the NCAA’s graduation success rate at 93 percent in 2020, while a school-record seven programs were recognized by the NCAA for outstanding APR. Clemson has been at 91 percent or higher for seven straight years.

The highlight of the 2018-19 academic year was a second football national championship in three years, as Clemson beat Alabama 44-16 in the national championship game in Santa Clara, Calif. During the 2017-18 academic year, Clemson became the first school in history to reach the College Football Playoff, advance to the Sweet 16 of the men’s basketball NCAA Tournament and host a baseball regional.

Student-athlete development continues to be a driving force for the athletic department under Radakovich, and the Nieri Family Student-Athlete Enrichment Center in the newly-renovated WestZone is a state-of-the-art facility for student-athlete development in the classroom and community. The development, rebranding and expansion of football’s P.A.W. Journey highlights a best-in-class approach to preparation for life after their Clemson football careers.

The athletic district has received a near-complete facelift in the past few years, and Littlejohn Coliseum opened to rave reviews following a $63 million renovation. Allen N. Reeves Football Complex opened in 2017 and has set the standard for football facilities around the country.

As a result of the litany of accomplishments, he was named 2017 SportsBusiness Journal Athletic Director-of-the-Year after being a finalist in 2015. He also serves as Chair of the Board of LEAD1, which represents athletic directors at the D-I level.

Prior to his arrival, he amassed a wealth of experience serving in significant athletic administrative roles at Miami (Fla.), Long Beach State, South Carolina and LSU in addition to athletic directorships at American University and Georgia Tech. His administrative career spans 30 years.

College football entered a new era in 2014 with the College Football Playoff, and Radakovich was at the forefront. He was one of 13 people, including one of only five FBS directors of athletics, to be named to the committee.

In 2012, he was named by NCAA president Mark Emmert as one of 10 directors of athletics to a new advisory commission charged with making recommendations for the future of NCAA rules and policies.

Radakovich came to Clemson from Georgia Tech, where he served with distinction for six years (2006-12). Just Clemson’s fifth director of athletics since 1940, he replaced Terry Don Phillips, who retired after over 10 years directing the program.

Prior to his tenure at Georgia Tech, Radakovich worked as a senior associate athletic director at LSU from 2001-06. He had many responsibilities that dealt with the football program and worked closely with then head coach Nick Saban, including the year (2003) the Tigers won the national title.

Between 1994 and 2000, he served as chief financial officer at South Carolina.

He gained experience on the West Coast from 1989-94, when he was a senior associate athletic director at Long Beach State. He got his start in administration at Miami in 1983 as the athletic business manager.

The Aliquippa, Pa. native was first made aware of Tiger athletics through the basketball exploits of Butch Zatezalo, who was from the same town. Zatezalo was a three-time All-ACC Tiger whose legendary 25-point scoring nights received a lot of attention in Pennsylvania in the 1960s when he was a youth.

Radakovich is a 1980 graduate of Indiana (Pa.), where he earned a bachelor’s degree in finance. He was also a football letterman and student coach with the Crimson Hawk program, and he was inducted into the school’s athletic hall of fame in 2021. He previously was enshrined into the Beaver County Sports Hall of Fame in 2008 and was recognized as a distinguished alumnus from Indiana in 2009. He earned his master’s degree in business administration from Miami in 1982.

Radakovich, born June 9, 1958, and his wife, Marcie, have two sons, Christian, a 2012 Georgia Tech graduate, and Grant, a 2015 Mercer graduate who was a tight end on Clemson’s 2016 national championship football team. 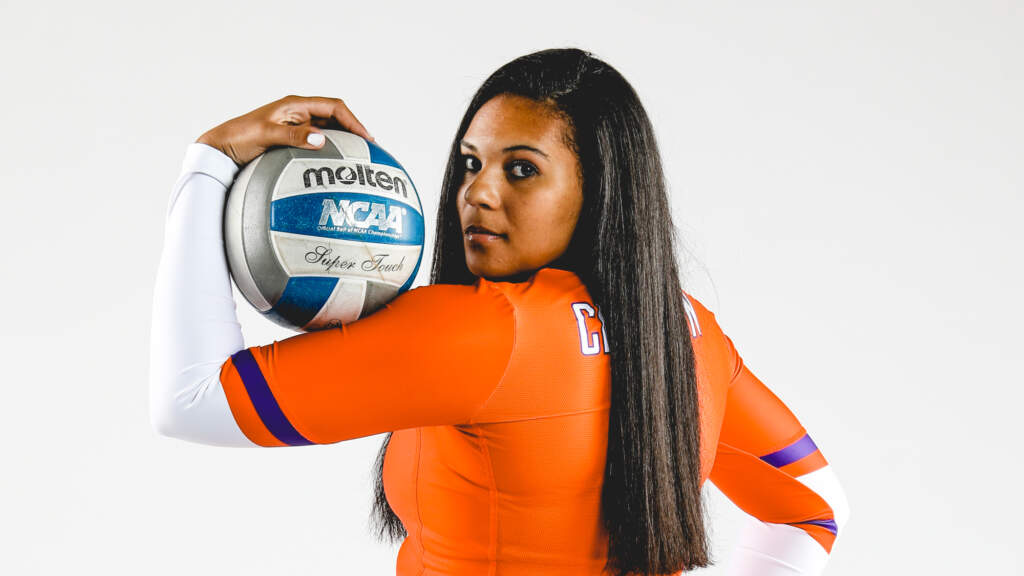 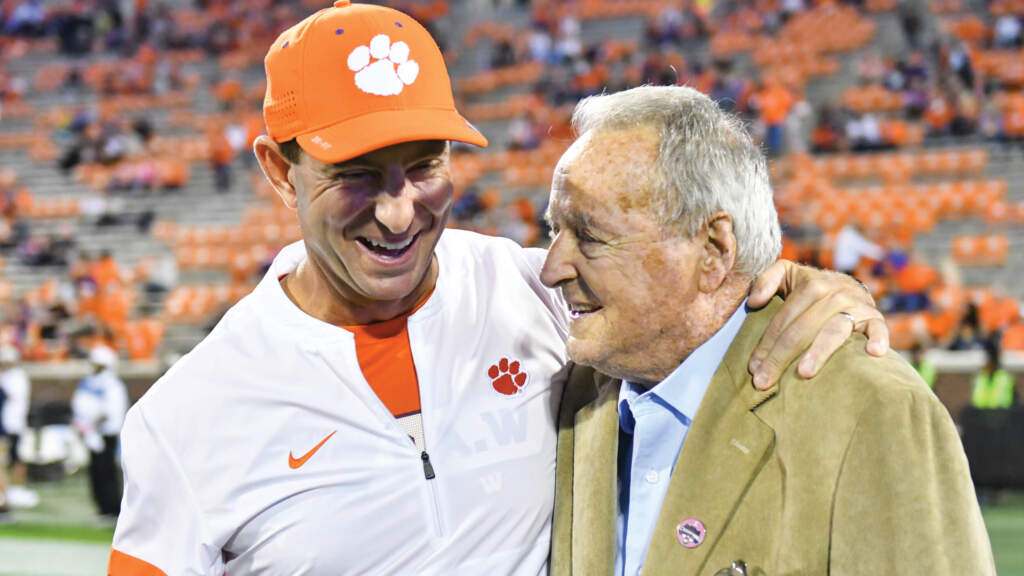 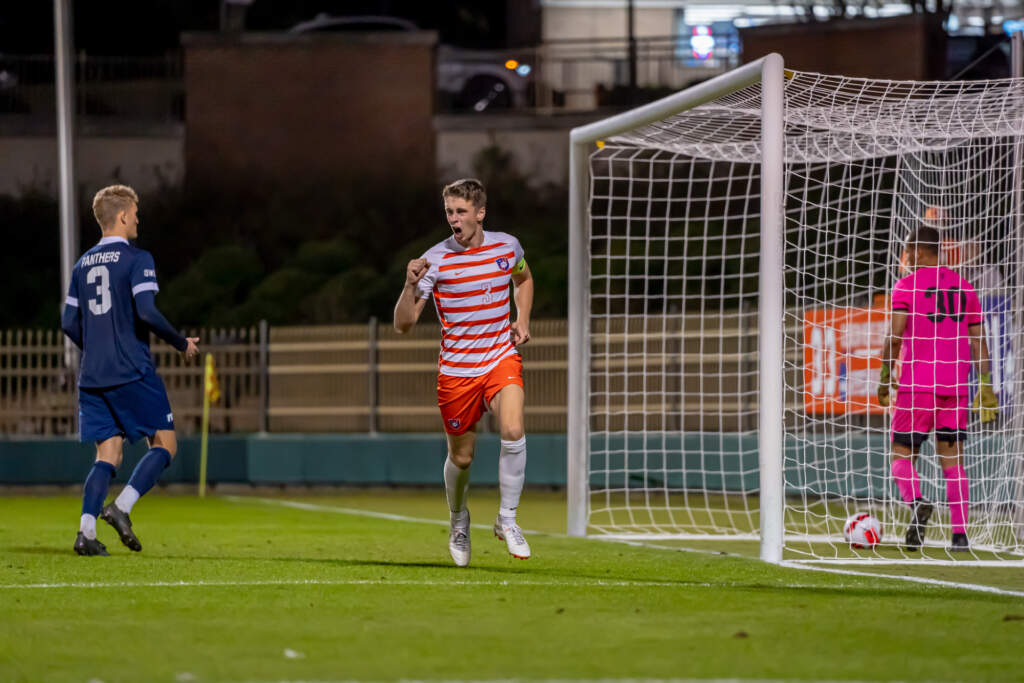