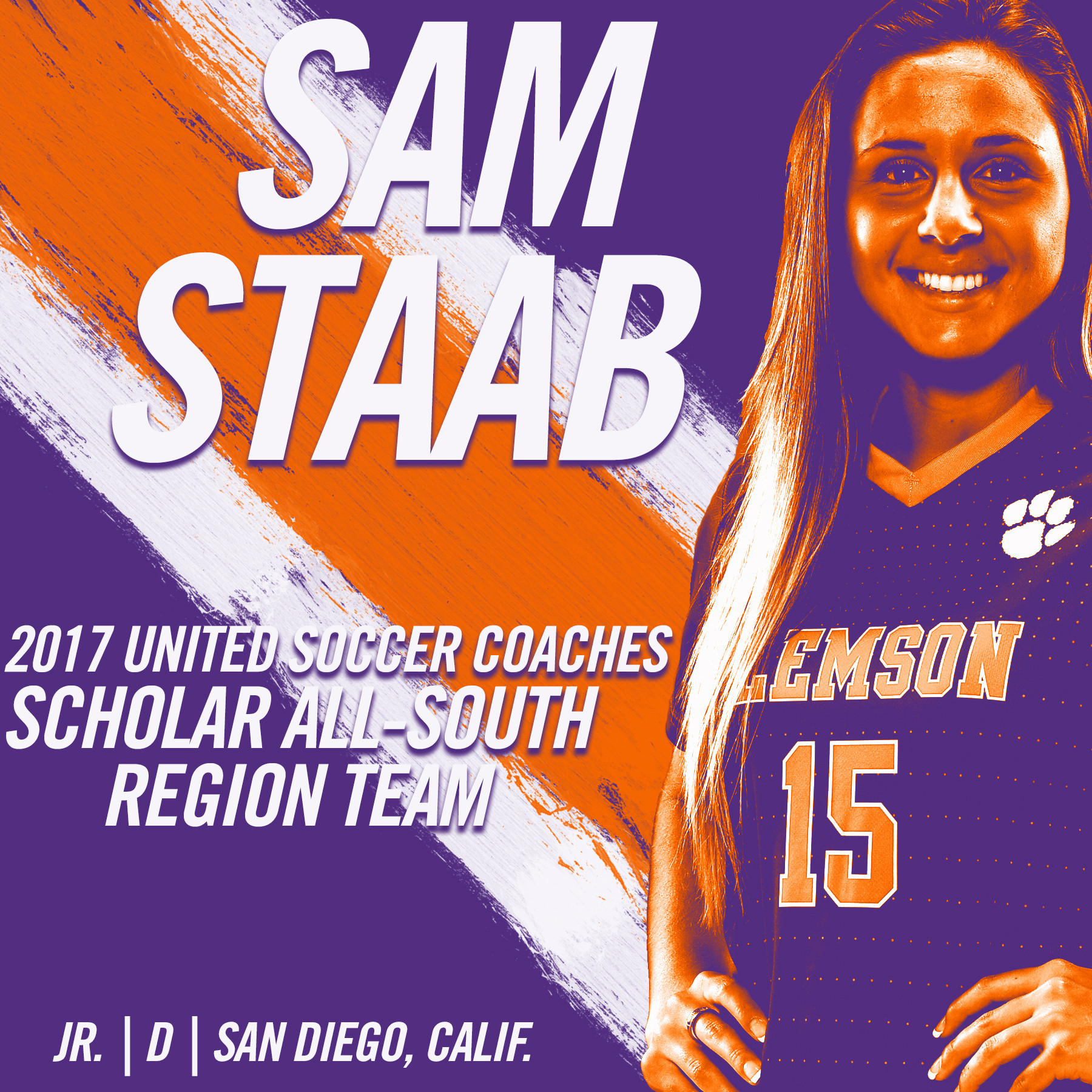 CLEMSON, S.C. – Junior defender Sam Staab was named to the United Soccer Coaches NCAA Division I Scholar All-South Region Second Team, as announced by United Soccer Coaches on Dec. 12. The San Diego, Calif. native is majoring in Accounting and has earned a 3.60 GPA in her academic studies at Clemson.

The team captain started all 19 games anchoring the back line in 2017, playing 1,802 minutes (an average of 94.8 per game) and recording four assists on the season. Two of Staab’s assists came in two of the biggest wins for the Tigers, on the game-winning goal in double overtime against Auburn on Aug. 25 and on the game winner against Alabama in the first round of the NCAA Tournament on Nov. 10. Staab and the rest of the Clemson defense only allowed 15 goals this season, for a 0.75 goals against average.

In November, Julie Mackin was named to the CoSIDA Academic All-District 4 team. The sophomore Nursing major has earned a perfect 4.0 GPA for her collegiate career thus far. The Castle Rock, Colo. native started all 19 games on the Clemson back line in 2017, playing 1,647 total minutes (86.7 per game), while recording three assists.