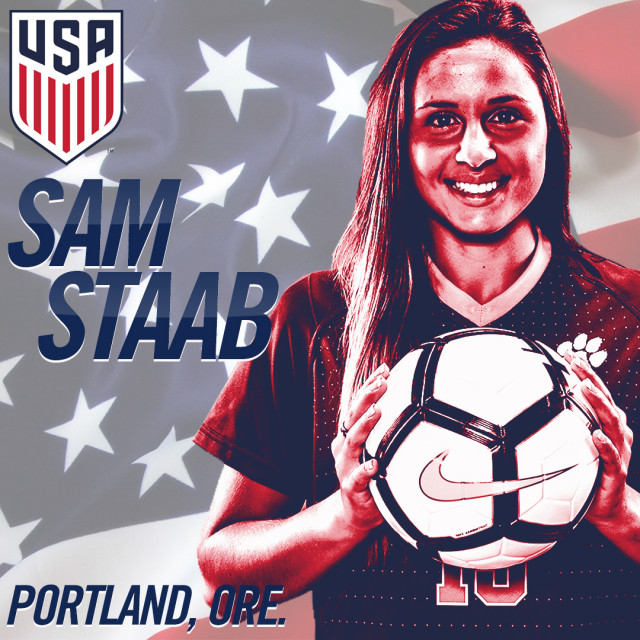 CLEMSON, S.C. – Clemson junior defender Sam Staab is back in action with the U.S. U-23 Women’s National Team. Staab and the rest of the 24-member squad are in Portland, Ore. for the 2018 Thorns Spring Invitational, which will see the USA taking on three NWSL teams between March 11-17 at Merlo Field on the campus of the University of Portland.

Staab, a native of San Diego, Calif, started all 19 games anchoring the Clemson back line in 2017, played 1,802 minutes, more than any other Tiger, and recorded four assists on the season. Two of her assists came in two of the biggest wins for the Tigers, on the game-winning goal in double overtime against Auburn on Aug. 25 and on the game winner against Alabama in the first round of the NCAA Tournament on Nov. 10. Staab and the Tiger defense only allowed 15 goals, for a 0.75 goals against average, on the season.

*All games at Merlo Field; University of Portland