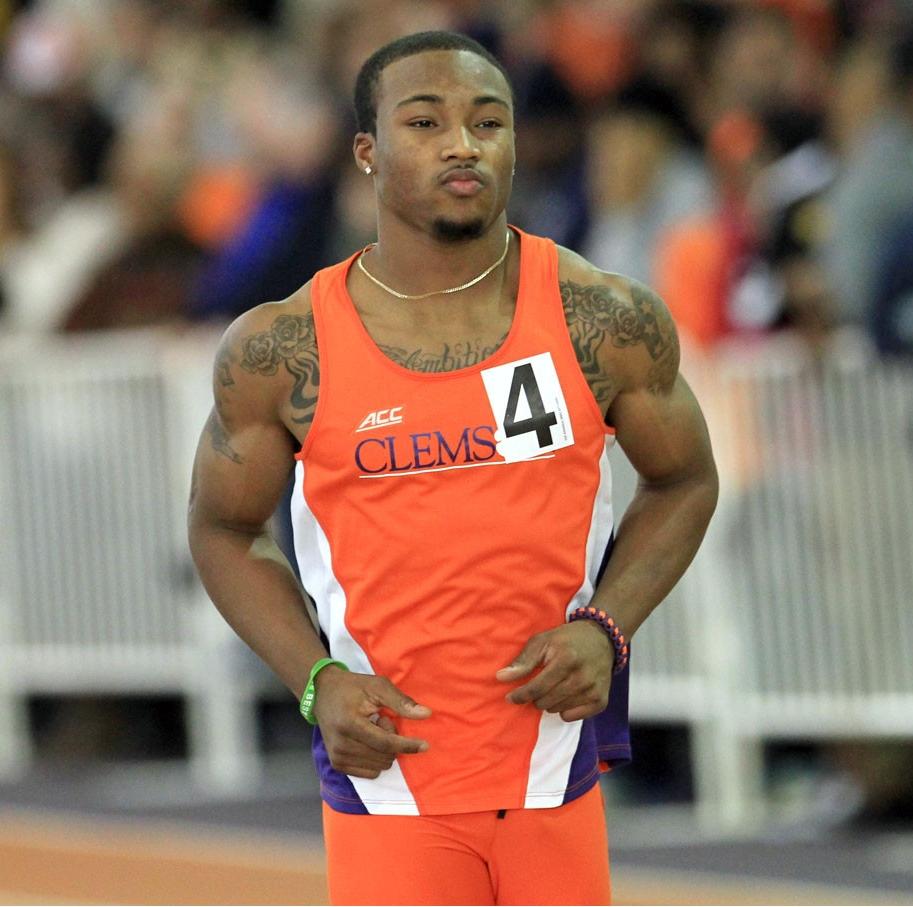 Hester won the men’s competition with ease, clocking a season-opening 6.64, while Jacobs claimed victory in her first meet after transferring from Georgia in the women’s race at 7.42. Her time ranks in a tie for seventh in program history.

Clemson also swept the mile run Saturday, with Natoya Goule (4:55.69) claiming first in the women’s race. It was her first competition as a Tiger after redshirting the 2014 season. The Tigers took the top five positions in the women’s race. Roland Hakes captured the men’s title with a time of 4:15.54.

Olivia James bagged a victory in her first indoor competition for the Tigers. The redshirt freshman clocked a time of 55.06 to edge South Carolina’s Brian Haith by one hundredth of a second. In the men’s quarter mile, freshman Jeffrey Green showed out in a second-place finish (48.33).

Returning All-American Mimi Land outlasted 17 others in the high jump. The junior from Albany, Ga., cleared the bar at 5-10. Clemson’s two sophomore jumpers, Iana Amsterdam and Anasterasia Terrell, had career-best efforts in the long jump. Amsterdam led with an effort of 19-9.75 to take runner-up honors in the event.

James Plummer highlighted Clemson’s efforts in the throws, finishing fifth in the shot put and sixth in the weight throw with indoor bests in both events.

Both teams finished with the distance medley and 4×400 relays. The Tiger women took first in the DMR, and then both mile relays finished in second place. The men’s team of Cordell Lamb, Jorel Bellafonte, Hester and Green posted a time of 3:15.14 after a late surge on the anchor leg.

The Tiger teams return to action Friday and Saturday, Jan. 16-17 at the Virginia Tech Invitational in Blacksburg, Va.