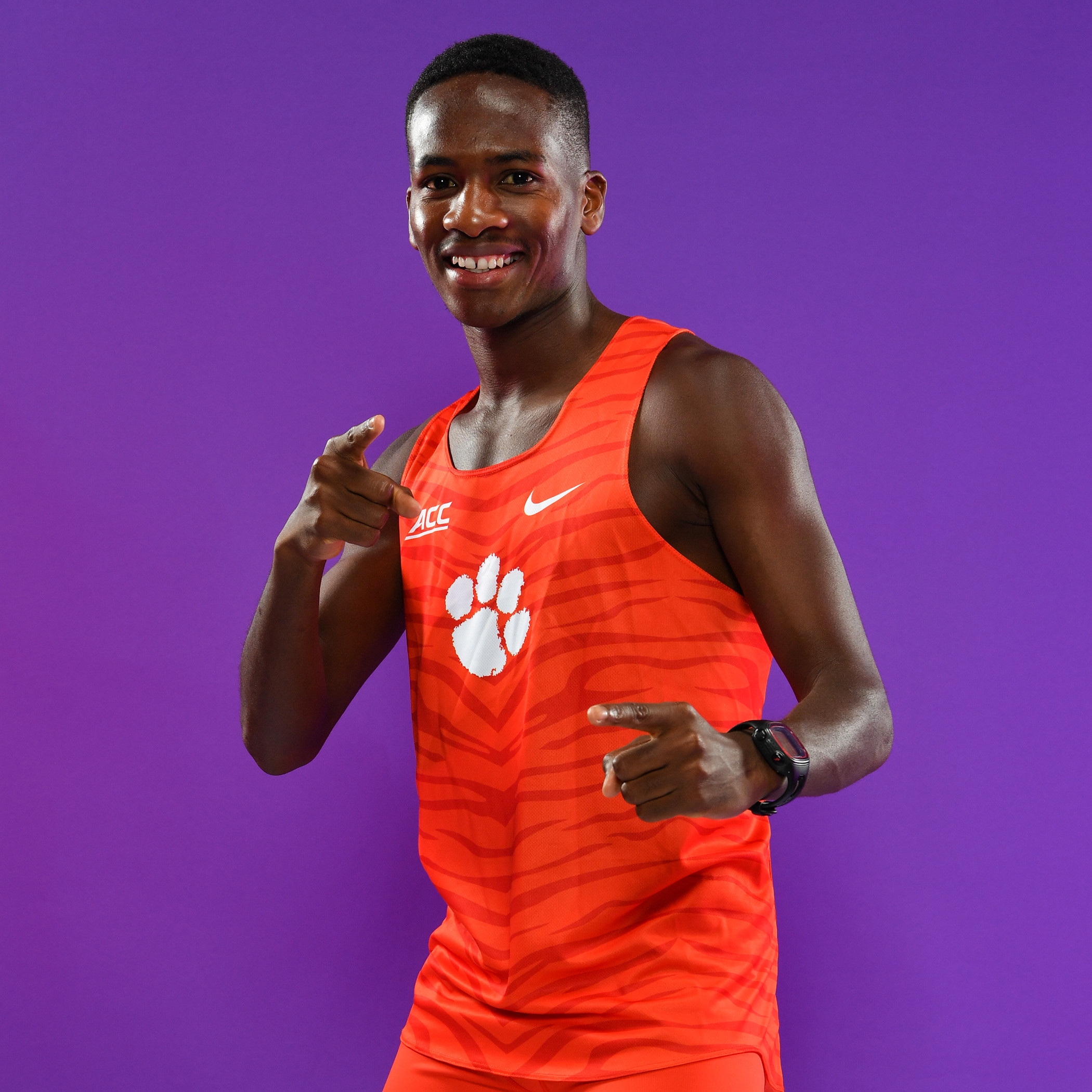 Like many college athletes, Mpho Makofane’s athletic career, in his case in the sport of track & field, started out by simply playing with grade-school classmates and neighborhood friends at an early age. He remembers running around, the way most kids do with their friends, most of whom had already begun training for and competing in organized track & field events. Makofane, intrigued by the idea of organized competition, decided to see what all of the hype was about.

“One time, they were playing and I ran against a group of friends and I beat all of them, and I thought to myself, ‘How am I beating them when I’m not even training?’ I then tried out for the track team at school, but they told me I was too young and kids my age were not allowed to run in school yet, so I started training with kids that were at least nine years old when I was seven. And that’s how I started.”

It is not surprising for college athletes to discover their athletic talents early in life. And for Makofane, that was the case growing up in a foreign country. Makofane, a senior economics major at Clemson, was born and raised in Secunda, South Africa, where he attended Prestige College.

“I made my first nationals at the age of nine, and ever since then, I continued to make nationals while in South Africa. I had an opportunity to continue to train with the South African team or pursue an education in the U.S. I chose to come here to the U.S.”

The middle distance runner attended Monroe College, a junior college in the town of New Rochelle, N.Y., just a few miles outside of New York City, in 2014. While attending Monroe College for two years, Makofane garnered seven All-America distinctions, was named National Junior College Athletic Association (NJCAA) Men’s Athlete-of-the-Year for the Atlantic Region and posted the top 800m time in the junior college ranks. But the adjustment to life in the United States was not always easy.

“Initially, the time zone was difficult to get use to and, of course, the food is different. But most notably, the lifestyle and to an extent the culture between the United States and South Africa is very different. Growing up in South Africa, we had a lot of people who would try to adopt what is happening here in the U.S. The United States is more advanced, so making that transition after moving here took some time.”

Despite the challenges as a young adult of going to college in a foreign country and then shortly thereafter transferring to a bigger university in Clemson, Makofane’s performance on the track only grew stronger.

Since arriving at Clemson and competing in arguably the most elite Division I conference for track & field, Makofane has thrived as a student-athlete. In 2016, he represented the Tigers on the national stage after qualifying for the 2016 NCAA East Regional meet in Lexington, Ky. At his first ACC meet, Makofane was the second-fastest Tiger in the 800m at the 2016 ACC Indoor Championships.

After a long journey that ultimately led him to Clemson, Makofane is confident that his teammates, coaches and support around him at Clemson will help him reach his goals for the 2017-18 season.

“The support we have for one another as a team is unmatched. No matter what event any of us compete in, everyone is there cheering you on, and that’s what I love the most about this team.”