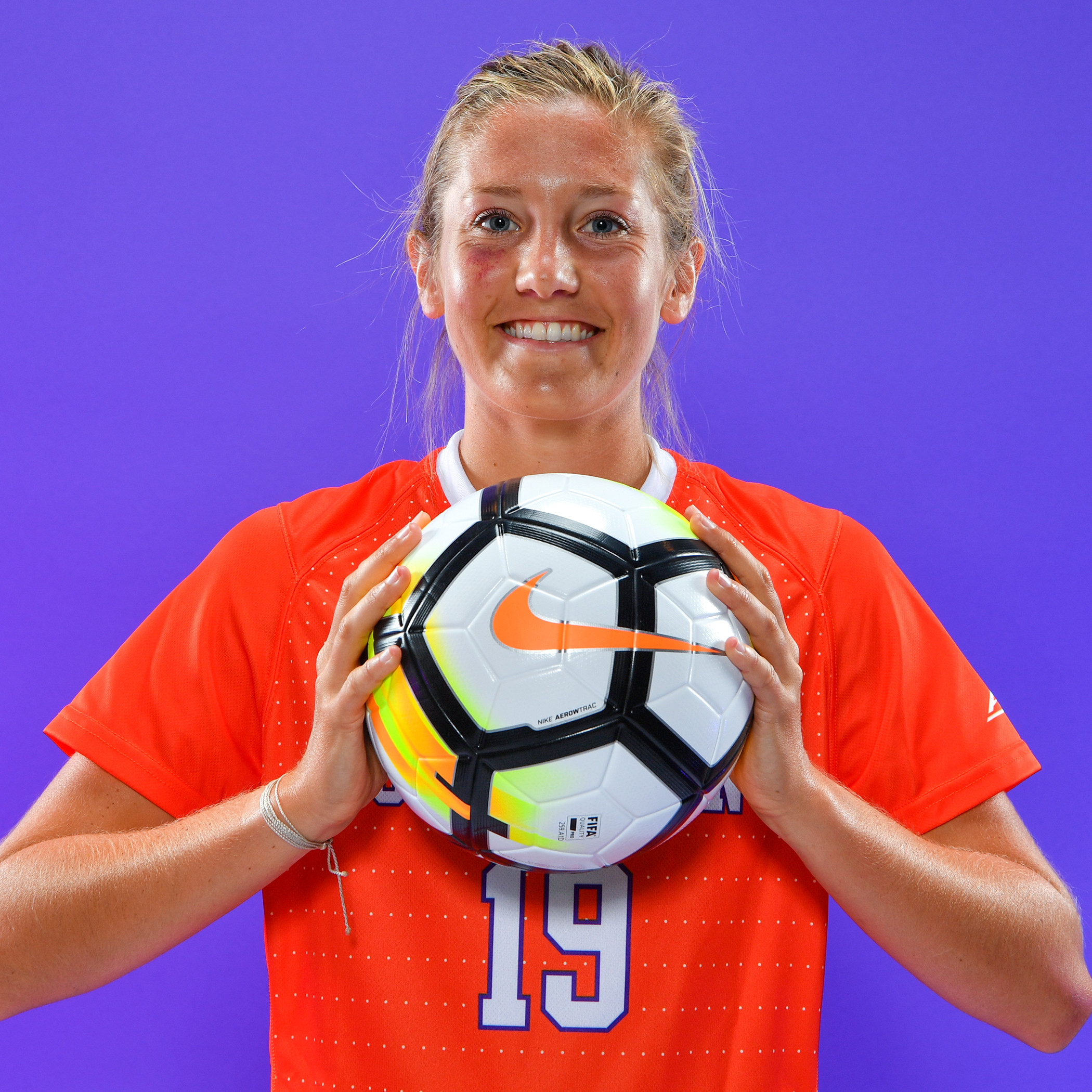 Being a student-athlete requires more than skill at one’s sport. It requires a resolute discipline and resolve to overcome unexpected challenges and hurdles over the course of a college career, especially when it comes to overcoming injuries.

Jenna Polonsky is all too familiar with the kind of mental fortitude it takes to work your way back to the field after unexpected circumstances.

The challenges came near the end of her sophomore year, when she suffered a torn ACL, jumpstarting the grueling process of recovery. A year later, just as she was preparing to make her full return from ACL recovery, Polonsky tore the same ACL yet again. It was a debilitating defeat for her after all the rehabilitation she went through during the first ACL tear.

“I felt that I was at the best point of my game before I tore it the first time,” explained Polonsky. “It was a long process, and I honestly group the two injuries together as one because I was only fully back for about a month before I tore it again.”

As she underwent the rehabilitation process for the second time, Polonsky’s mental fortitude was tested yet again, as she began a grueling process that would keep her away from the soccer field for anywhere from six to 12 months.

There were times when she doubted her ability to bounce back or whether she could ever become the significant player she was on track to become. Her ACL injuries pushed the limits of Polonsky’s mettle each and every day, as she grinded day in and day out to get back on the soccer field.

“In my life and experience, one of the hardest things I’ve had to go through were those two injuries, and it wasn’t just the physical side of things. I think people often underestimate how hard the mental aspect of coming back from a serious injury like that is.

“When I first came back, I was, to a certain degree, afraid to do things like tackle or other certain movements because in my head, the whole time I’m thinking, ‘Oh, I’m going to do it again…the last thing I need is to do it again.’ Before you have an injury like that, you have a sense of fearlessness there because it’s the last thing you expect to happen to you out there.”

Now a graduate student who earned her undergraduate degree in marketing, Polonsky is one of the main contributors for a team that was ACC regular-season champions in 2016 and played its way into the NCAA Sweet 16 last season. Through the first six games of 2017, she was the top scorer on the team with four goals and three assists for 11 points, leading Clemson to a 6-0 record.

Through two ACL tears, Polonsky believes she has come out on the other side stronger and wiser as a player and person while improving as an overall leader, knowing full well the kind of work it takes to keep performing at a high level. She credited the support she received in the athletic program for her successful recovery and return to the field.

“In the end, I have to be here for six years, and as much I would say I would like to change things, it all worked out for the best, playing the sport I love while earning my master’s degree. It has ended up working out pretty well.

“If it hadn’t been for the people here at Clemson, from the coaches, the training staff, the strength & conditioning coaches and everyone else, I’m not sure how I would’ve gotten through it.”