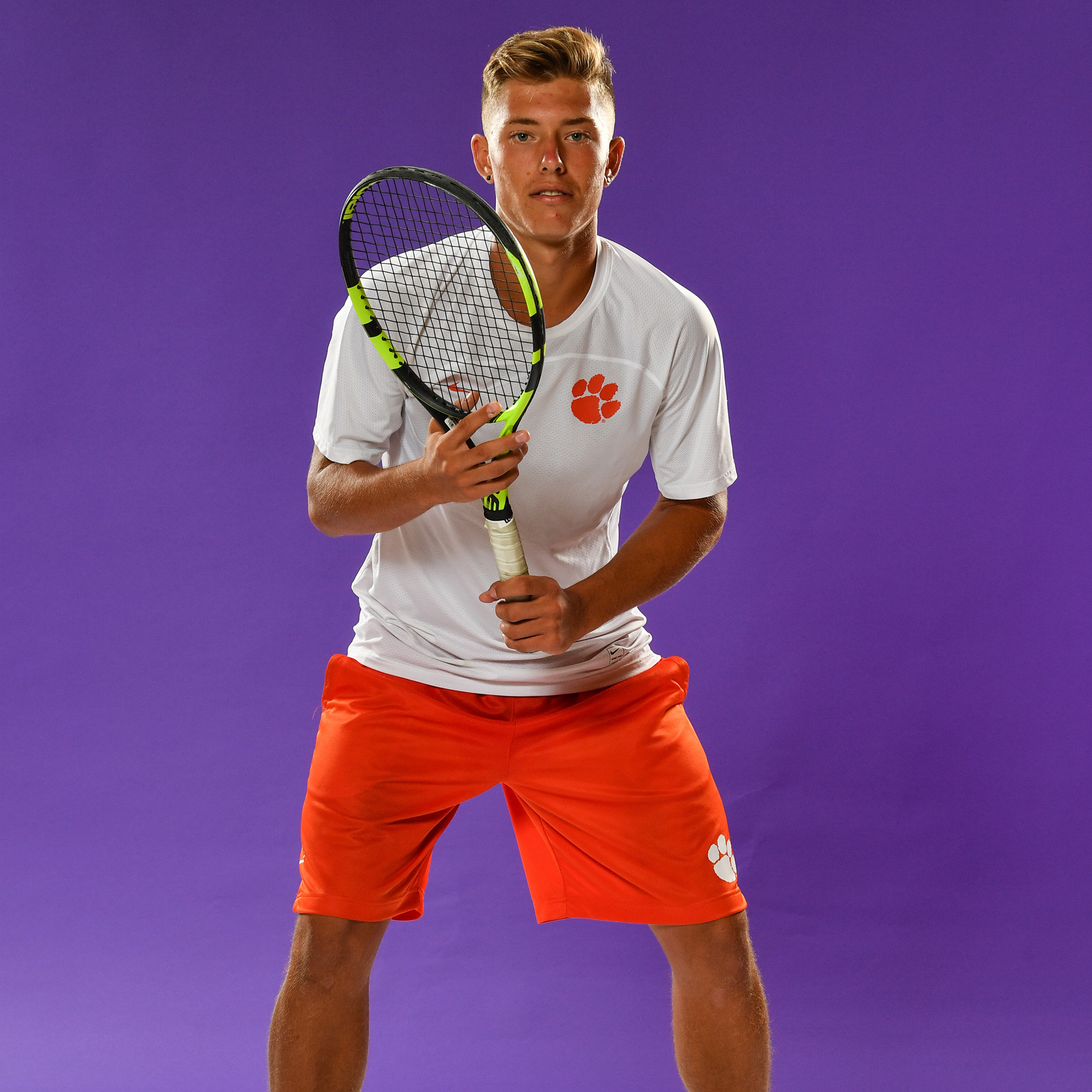 When Greece native Carlos Kelaidis was looking for a school to play tennis at in the United States, his decision was a little easier than most foreigners. His father, Nick, was a tennis player at Clemson from 1968-71.

“My father often shared his memories of Clemson with me, and that had a big impact on me growing up,” said the younger Kelaidis.

He also added that it was a no-brainer to come to Clemson, not only because of his father, but the academics played a huge role in his decision.

“The school offers me a great path, which sets me up for a strong future.”

Even though the coaching staff is different than it was when his father played, he still felt an immediate connection with head coach John Boetsch and assistant coach Ryan Young. Clemson tennis has a rich tradition, and Kelaidis said it is an honor to play for such a historic program like Clemson.

The 1969 squad had a perfect record in winning the ACC. Nick finished his Clemson career with an impressive 51-28 record in singles and 58-18 mark in doubles. His 76.3 winning percentage in doubles is fifth best in school history and is the best by a Tiger during the last 46 years.

Academically, Nick laid a strong foundation as well being named to the All-ACC Academic Team all four years he was on campus. Carlos said his father’s success made him feel like he needed to live up to high standards and make his father proud by surpassing his achievements.

“I can’t hide from my dad’s accomplishments because they are on the wall in our (Clemson) tennis center, so I have to see them every day. But that motivates me day in and day out, and I hope one day my name can be next to his.”

The lessons the elder Kelaidis taught his son have helped shape Carlos into the player he is today.

“He helped me understand that life is more complete with tennis and that it will help open doors for the future,” stated Carlos. “Tennis also prepares me to face adversity in life because I face adversity every day on the court.”

The lessons on the court taught by his father are also lessons that have been taught off the court.

Just like when his father played at Clemson, the ACC is a competitive force when it comes to tennis. Carlos understands that.

“Playing in the ACC means I get to compete against the top players, and they raise my level of play. This is not a conference where you will ever have an easy match. Every week is a battle, and that forces me to raise my level and it brings out my best game.”

Kelaidis has one season under his belt and understands what it takes to succeed at this level.

“Before I am done, I’d like to be playing No. 1, and while achieving that, I’d also like to be top 20 in the nation, be an All-American and an All-ACC player as well.”

And those are goals that were the same his father had many years ago.