Speckmaier is coming off an impressive sophomore season for Clemson which was highlighted by a Second-Team All-ACC selection, United Soccer Coaches All-Atlantic Region Team, two ACC Player of the Week awards, and the team’s Deliah Arrington Co-Offensive MVP honor.

In addition to the individual accolade, the Tigers were projected to finish fifth in the ACC in 2019, as voted on by the 14 ACC head coaches in the preseason poll.

The top eight teams in the final league standings will advance to the ACC Championship, which begins with quarterfinal matches at campus sites on Sunday, Nov. 3. The semifinals and final are scheduled for Nov. 8 and Nov. 10 at WakeMed Soccer Park in Cary, North Carolina. 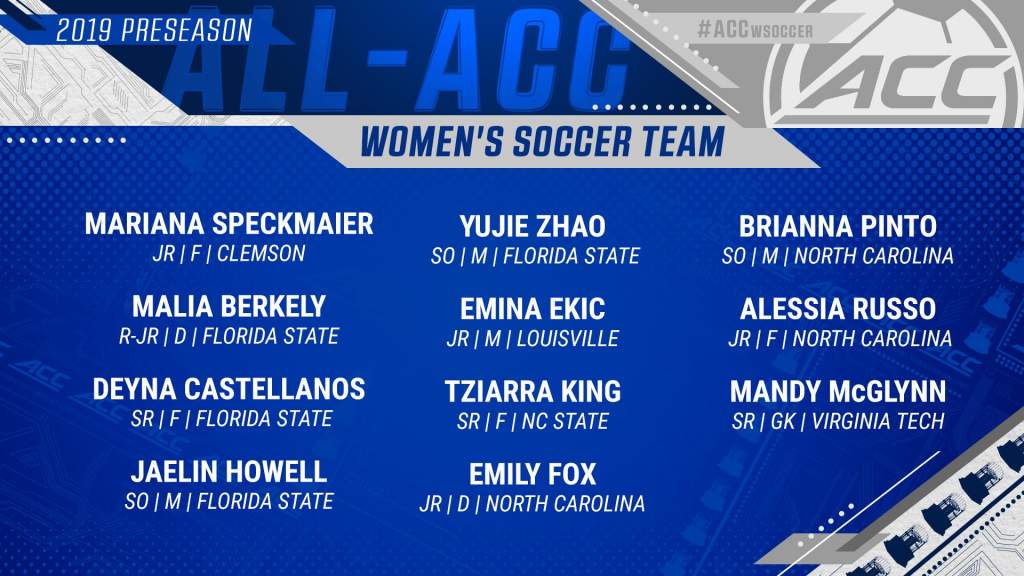