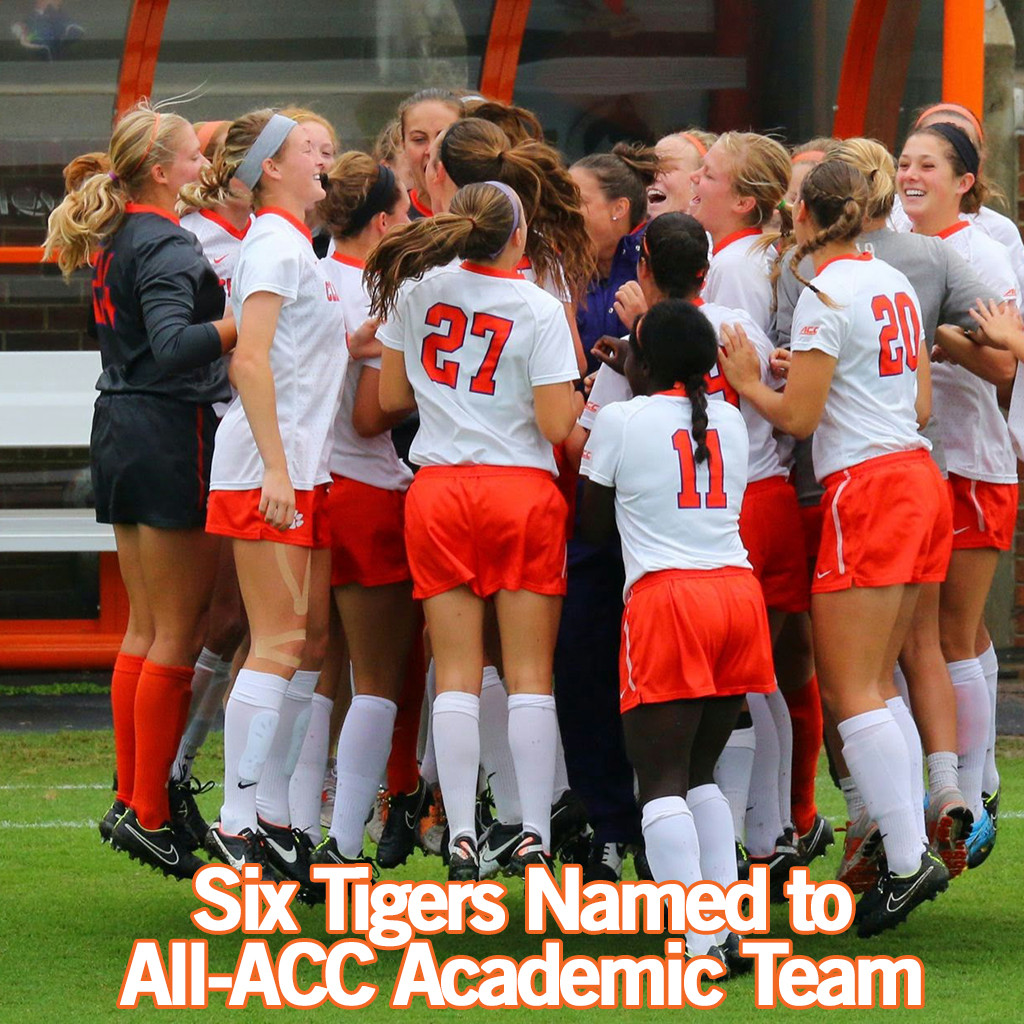 CLEMSON, S.C. – Six women’s soccer players have been named to the 2014 All-ACC Academic Team as announced by Commissioner John D. Swofford on Tuesday morning. It is the first year in program history that Clemson has had more than two players named to the team.

It is the second consecutive appearance on the All-ACC Academic Team for Reeve, who graduated from Clemson in December of 2014 with a perfect 4.0 in biological sciences. She was also named a Capital One Academic All-American. The midfielder played in 74 games, starting 71, in four seasons with the Tigers. She scored four goals and six assists, playing primarily as a defensive midfielder throughout her four-year Clemson career.

The Byorth twins, both sophomore defenders majoring in health science, were also honored. Gabby was a first team All-ACC selection, and played in 18 games in 2014, recording one goal and four assists. Emily played in 19 games with one goal and three assists. She was also named a Capital One Academic All-American.

Andreski, a sophomore forward, played in 11 games in 2014. The business major recorded four goals, third most on the team. She was named NSCAA and ACC player of the week the first week of the season.

Sheridan, a sophomore goalkeeper majoring in health sciences, is a two-time All-ACC selection. She started 18 games in goal for the Tigers and recorded a 0.56 goals-against average in 2014, allowing only 10 goals while recording 40 saves.

Horgan, a freshman forward majoring in health sciences, played in all 19 games for the Tigers. She tallied two goals and six assists.

Clemson tied for second most recipients in the conference with Virginia Tech. National champions Florida State had the most with seven players honored. In all, 41 student-athletes were named to the All-ACC Academic Team.