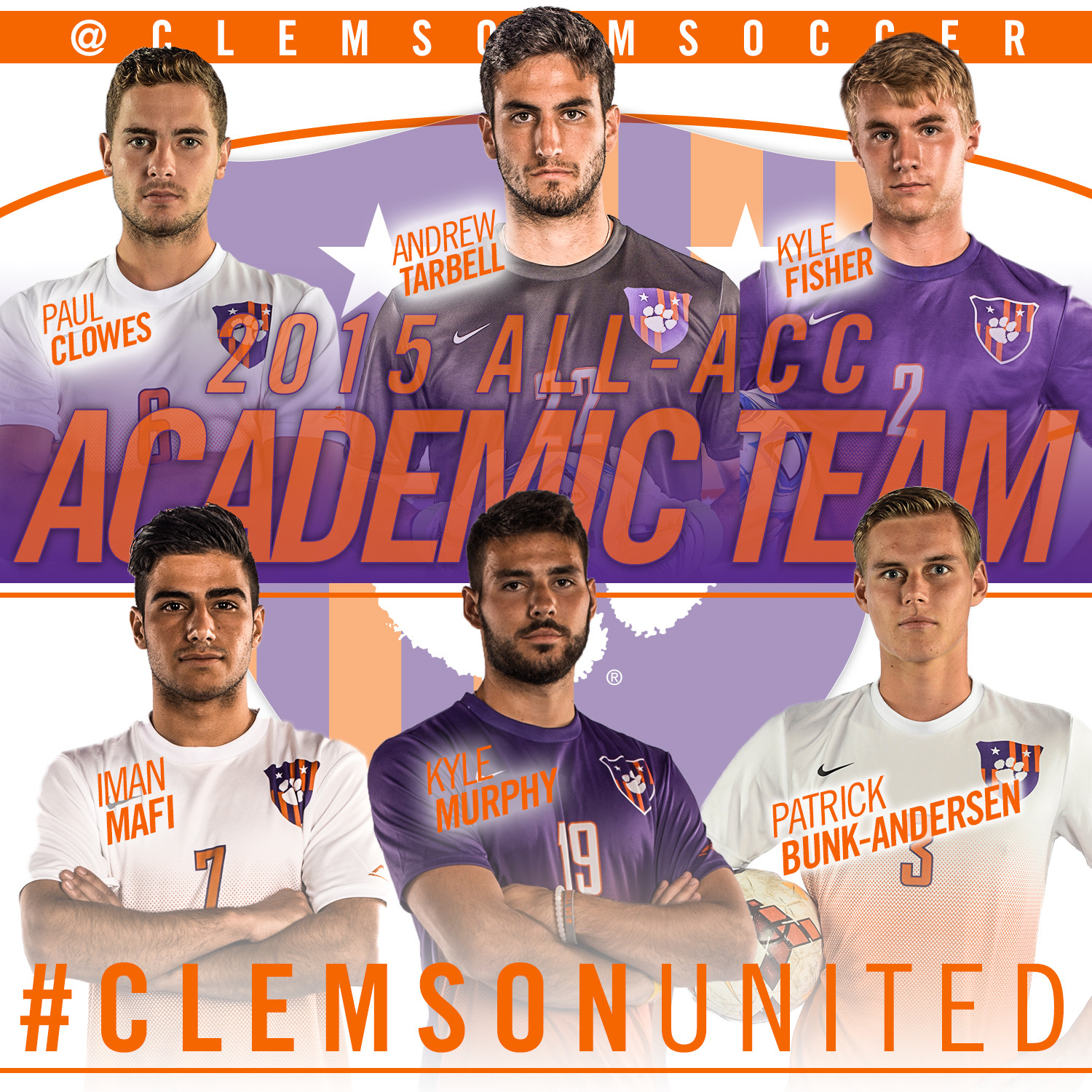 CLEMSON, S.C. – Six members of the College Cup finalist Clemson men’s soccer team were named to the All-ACC Academic Men’s Soccer Team, as announced by the conference office on Tuesday morning. Patrick Bunk-Andersen, Paul Clowes, Kyle Fisher, Iman Mafi, Kyle Murphy and Andrew Tarbell each earned the ACC’s academic honor for the 2015 season. Clowes earned the honor for the third time in his collegiate career, while Tarbell was a two-time honoree, and Bunk-Andersen, Fisher, Mafi and Murphy each earned their first academic accolade from the conference.

Four players on the 38-member All-ACC Academic Team were named All-Americans in 2015, and three of those four are Tigers, as Clowes, Fisher and Tarbell each earned All-America honors from the NSCAA. In addition, 20 of the 38 honorees earned All-ACC accolades on the field, and five of those 20 are Tigers, as, in addition to Clowes, Fisher and Tarbell, Bunk-Andersen and Mafi were also All-ACC honorees in 2015. Clowes and Murphy garnered ACC All-Tournament Team recognition during the fall, meaning that all six of Clemson’s All-ACC Academic award winners were also All-ACC award winners on the field.

Three of the Tigers’ six honorees, redshirt senior Murphy, senior Clowes and redshirt junior Tarbell, have already earned their undergraduate degrees from Clemson. Murphy graduated in May of 2015 with a degree in Parks, Recreation & Tourism Management, while Clowes and Tarbell graduated in December of 2015 with degrees in Marketing and Civil Engineering, respectively.