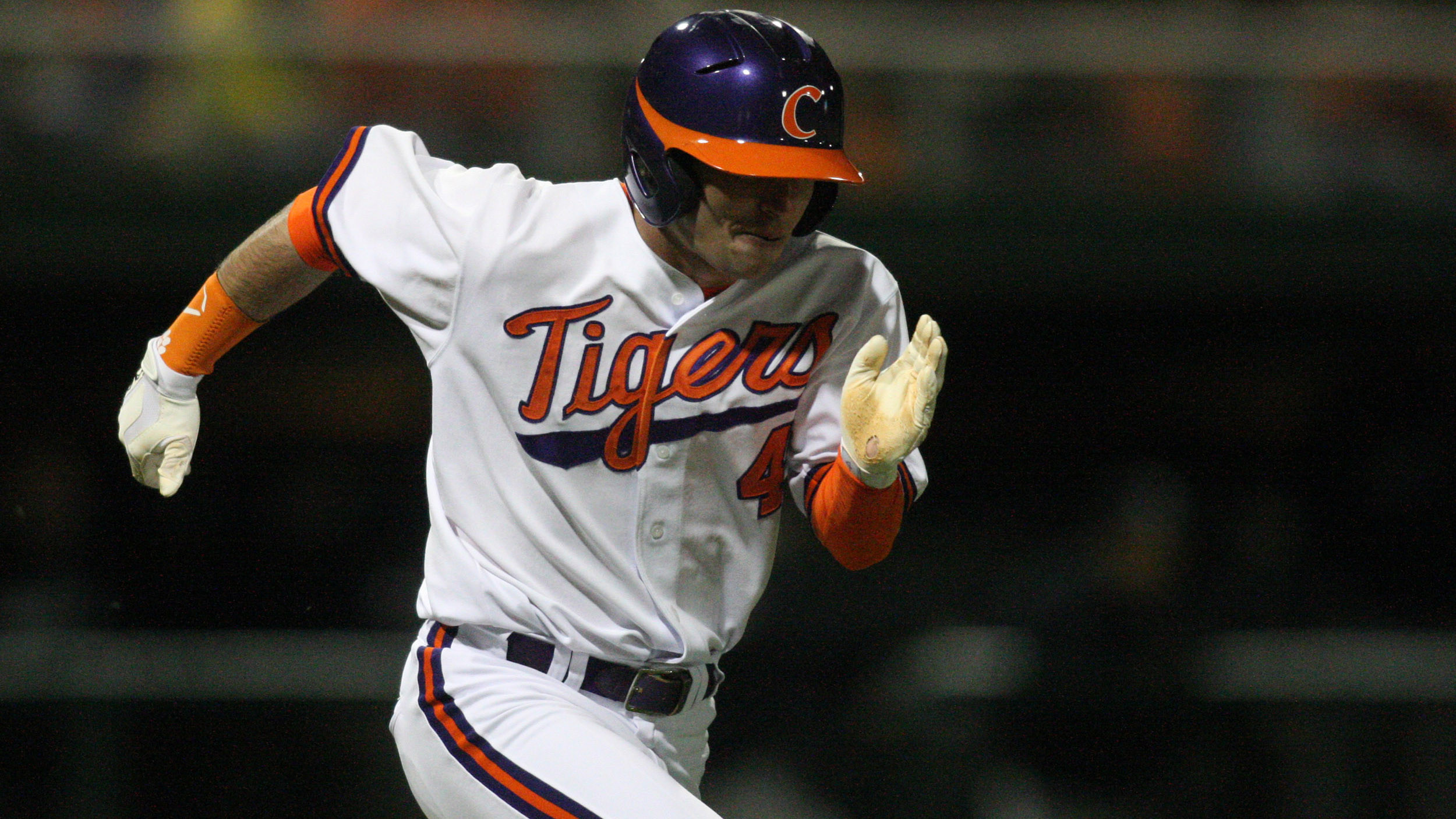 Garrett Boulware‘s three-run homer capped a six-run fourth inning in Clemson’s 10-5 win over Morehead State at Doug Kingsmore Stadium on Tuesday night.  The Tigers improved to 12-7, while the Eagles fell to 7-13.  It was the first meeting between the two teams since 1997.

Clemson trailed 3-2 through three innings, but the Tigers erupted for six runs in the fourth inning to take the lead for good.  The five-run victory gave Jack Leggett his 1,236th career win as a head coach, moving him ahead of Larry Cochell into sole possession of 12th place in all-time coaching wins at the Division I level.

Mike Kent (1-1), the third of four Tiger pitchers, earned the win by tossing 3.0 scoreless innings.  He allowed three hits and no walks with four strikeouts.

Dan Hyatt (0-1), the second of five Eagle hurlers, suffered the loss.  In 1.1 innings pitched, he yielded four hits, six runs, and one walk.

The Eagles grabbed the game’s first lead in the top of the second inning.  Bobby Burns lined a two-out single to center and Drew Williams followed with a two-run homer to left field, his second long ball of the season.

In the bottom of the second inning, Jay Baum ripped a two-out double over the third-base bag and scored on Thomas Brittle‘s bloop single to right field.

Taylor Pickens led off the top of the third inning with a double to left-center and went to third on Kane Sweeney’s single to right field.  Alan Mocahbee grounded into a 6-4-3 double play, but Pickens scored on the play to up the Eagles’ lead to 3-1.

Clemson responded again in the bottom of the third inning.  Tyler Slaton led off with a single through the right side.  Three batters later with two outs and after Slaton stole second, Boulware laced a single down the left-field line to score Slaton.

In the fourth inning, Clemson exploded for six runs on four hits.  Jon McGibbon led off with an infield single, Baum walked, and Brittle reached on a bunt single to load the bases with no outs.  Tyler Krieger was hit-by-pitch to score McGibbon, then Slaton lofted a sacrifice fly to left field to score Baum and give Clemson the lead for good.  Steven Duggar fisted a single down the left-field line to reload the bases, then Steve Wilkerson grounded out to first to score Brittle.  Boulware followed with a two-out, three-run homer over the left-field foul pole, his fourth long ball of the season.

Baum reached with one out in the bottom of the fifth inning on an error and advanced to third on Brittle’s single to center on a 1-2 pitch.  Krieger followed with a sacrifice fly to center to score Baum.

Clemson added an insurance run in the eighth inning when Duggar lined a two-out single to left field to score Krieger.  Krieger earlier reached on a one-out double down the right-field line.

Brittle led Clemson’s 12-hit attack by going 3-for-4 with an RBI and two steals.  Boulware went 2-for-4 with a homer and four RBIs, while Slaton and Duggar also had two hits apiece.  Baum scored a game-high three runs as well.

Pickens, Burns, and Williams had two hits apiece for Morehead State, who totaled nine hits in the contest.

Clemson and Morehead State will conclude their two-game, midweek series at Doug Kingsmore Stadium on Wednesday at 4:00 PM.