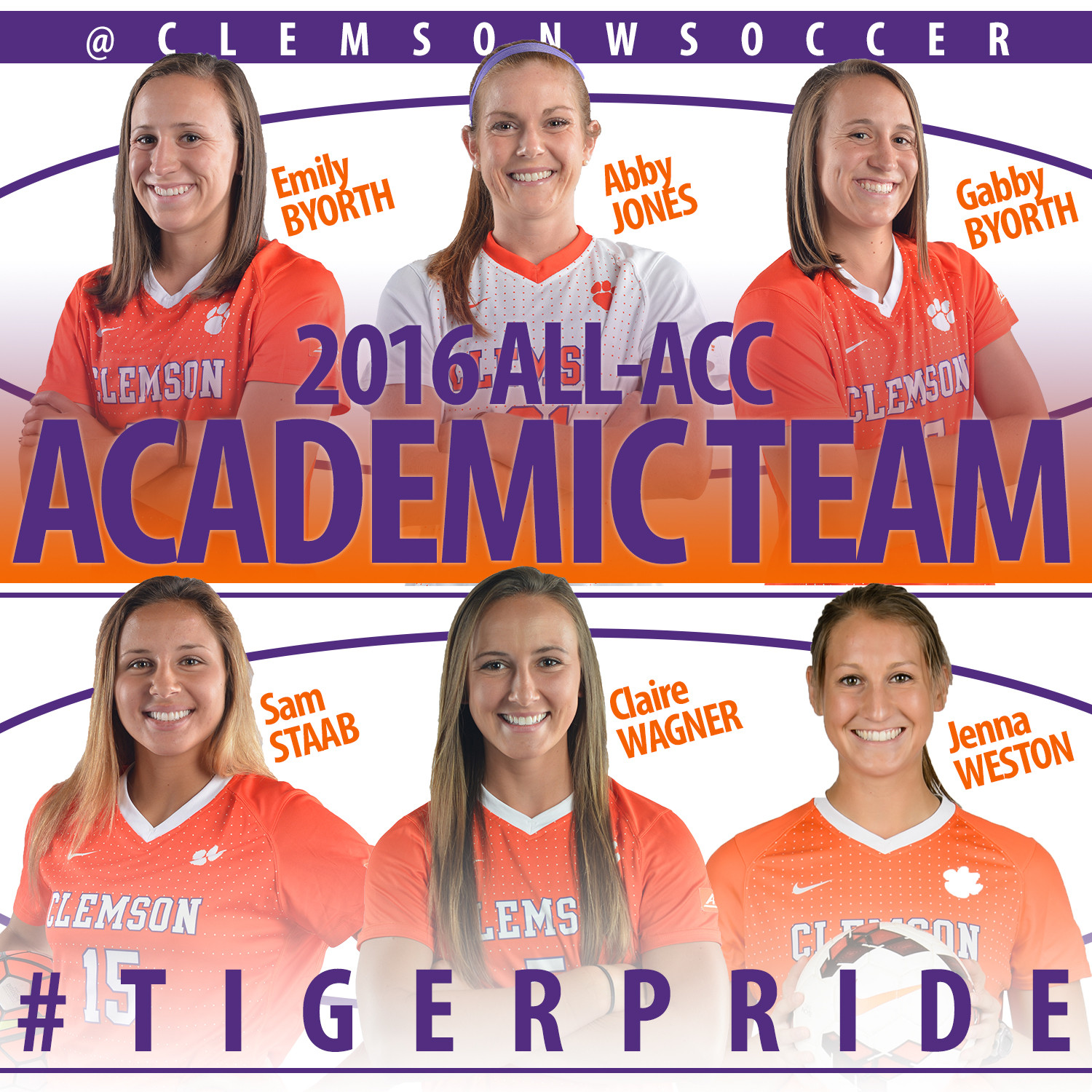 CLEMSON, S.C. – Six members of the NCAA Sweet 16 and ACC Regular Season Champion Clemson women’s soccer team have been named to the 2016 All-ACC Academic Women’s Soccer Team, as announced by the conference office on Tuesday. This is the third consecutive year that six Tigers have earned the ACC’s academic accolade.

Senior Emily Byorth was honored for the third year in a row, after being named a CoSIDA Academic All-American in November of 2016, for the second time in her Clemson career. Senior Jenna Weston, who also earned Academic All-America honors from CoSIDA in 2016, earned her second career nomination to the All-ACC Academic Team.

Seniors Abby Jones and Claire Wagner and sophomore Sam Staab were also named to the All-ACC Academic Team for the second time in their respective careers, while senior Gabby Byorth earned her first career honor.

Two of the six Tigers also earned All-ACC accolades on the field in 2016, as Staab was named to the All-ACC Second Team and Wagner was a member of the All-ACC Third Team.