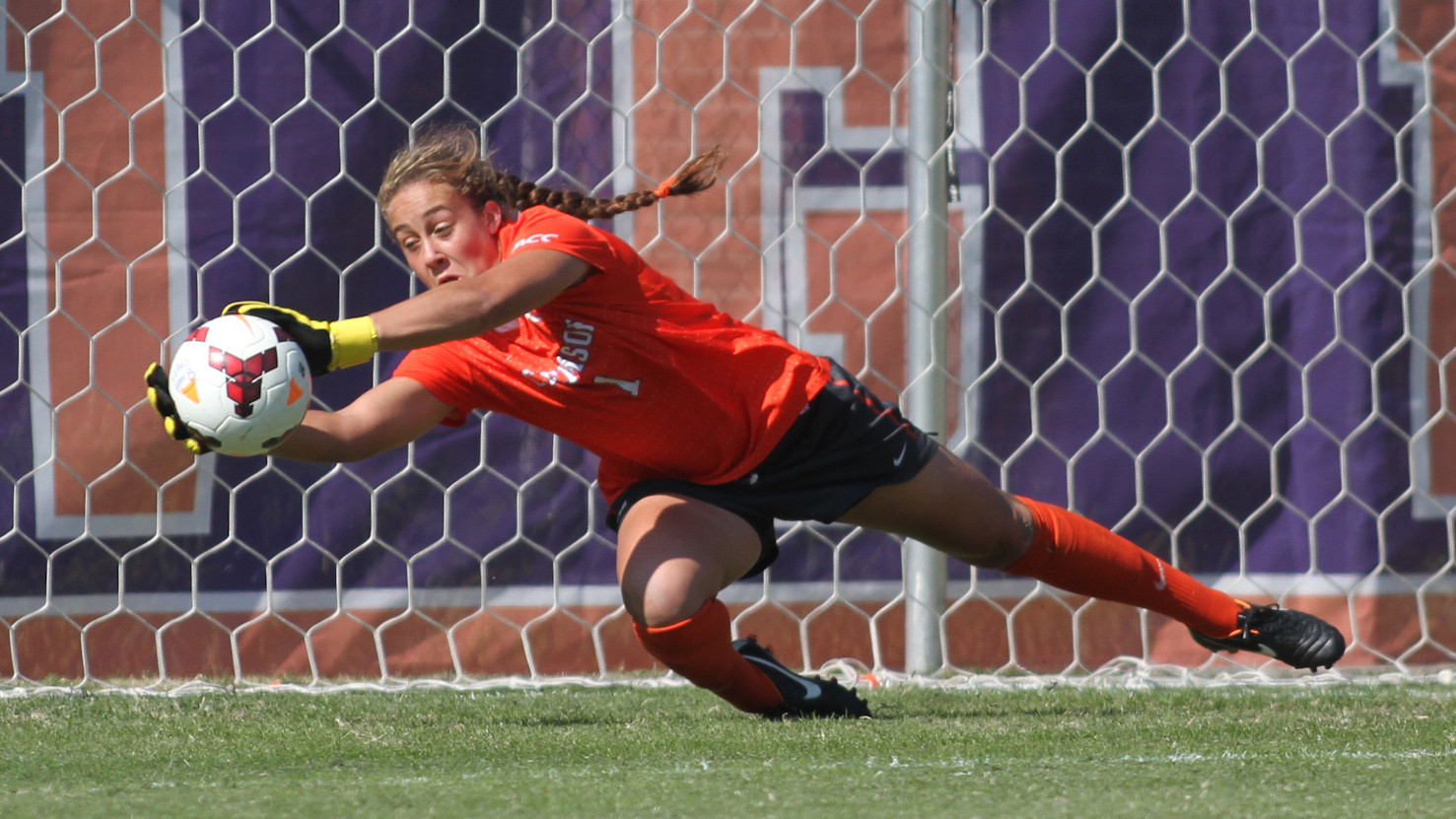 CLEMSON, SC – Clemson goalkeeper Kailen Sheridan was named to Soccer America’s 2013 All-Freshman Second Team as announced by the association on Thursday. The award is the fourth postseason honor for the rookie keeper, as she was previously selected to the All-Atlantic Coast Conference Third Team and the ACC All-Freshman Team, as well as TopDrawerSoccer.com’s Freshman Best XI First Team.

Sheridan started all 19 games for the Tigers in 2013, and allowed just 18 goals while recording 66 saves and seven solo shutouts. She finished the year ranked in the top 10 in Clemson history in three single-season record categories: sixth in goals against average (0.94), tied for sixth in solo shutouts (7) and seventh in save percentage (.786).

The native of Whitby, Ontario recorded a season-best eight saves on two occasions this season, in the Tigers’ 1-1 double-overtime tie versus #3 Florida State on Sept. 29 at Historic Riggs Field and in a 2-0 loss to #5 North Carolina on Oct. 27 in Chapel Hill, NC.