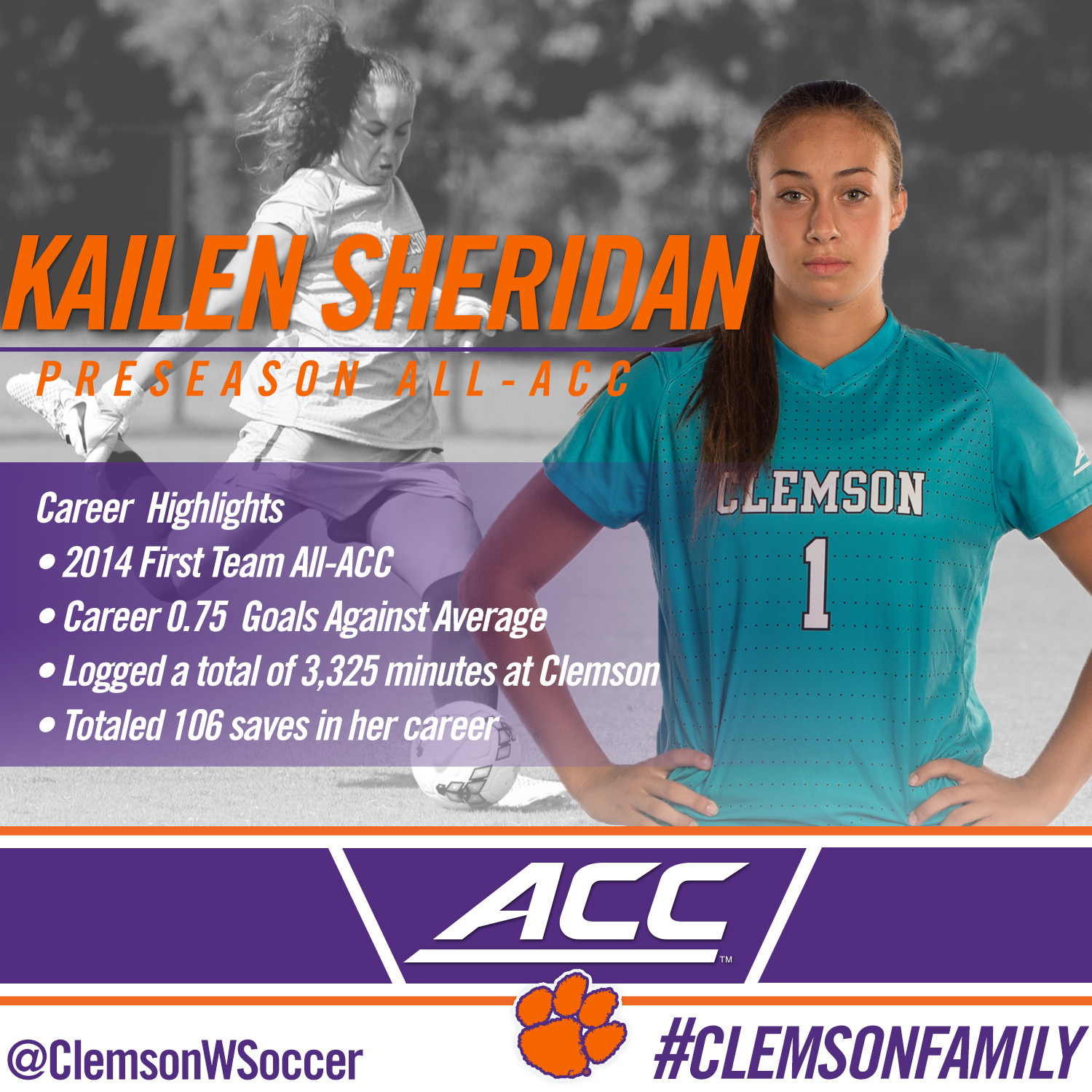 CLEMSON, S.C. – Junior goalkeeper Kailen Sheridan was named to the Preseason All-ACC Women’s Soccer team as announced by the conference office on Thursday. The 11-member preseason all-conference team was selected by a vote of the league’s head coaches.

Sheridan, a native of Whitby, Ontario, was a member of the First Team All-ACC team in 2014 and was named to the Third Team All-ACC and ACC All-Freshman Team in 2013. She has played 37 games in goal for Clemson, posting 106 saves and allowing just 28 goals. In 2014 she allowed only 10 goals, breaking the Clemson record by six goals.

Sheridan competed in the 2015 Pan-Am games for Canada and started one game for the squad. She spent the summer of 2014 starting in goal for Canada’s U-20 National Team at the U-20 Women’s World Cup, which was hosted by Canada.

The Tigers will travel to Durham, N.C. for an exhibition match against Duke on Saturday at 6 p.m. before their season opener on August 21 against Texas in Charleston, S.C. The Tigers home opener is Friday August 28 against South Carolina at 5 p.m. at Historic Riggs Field.