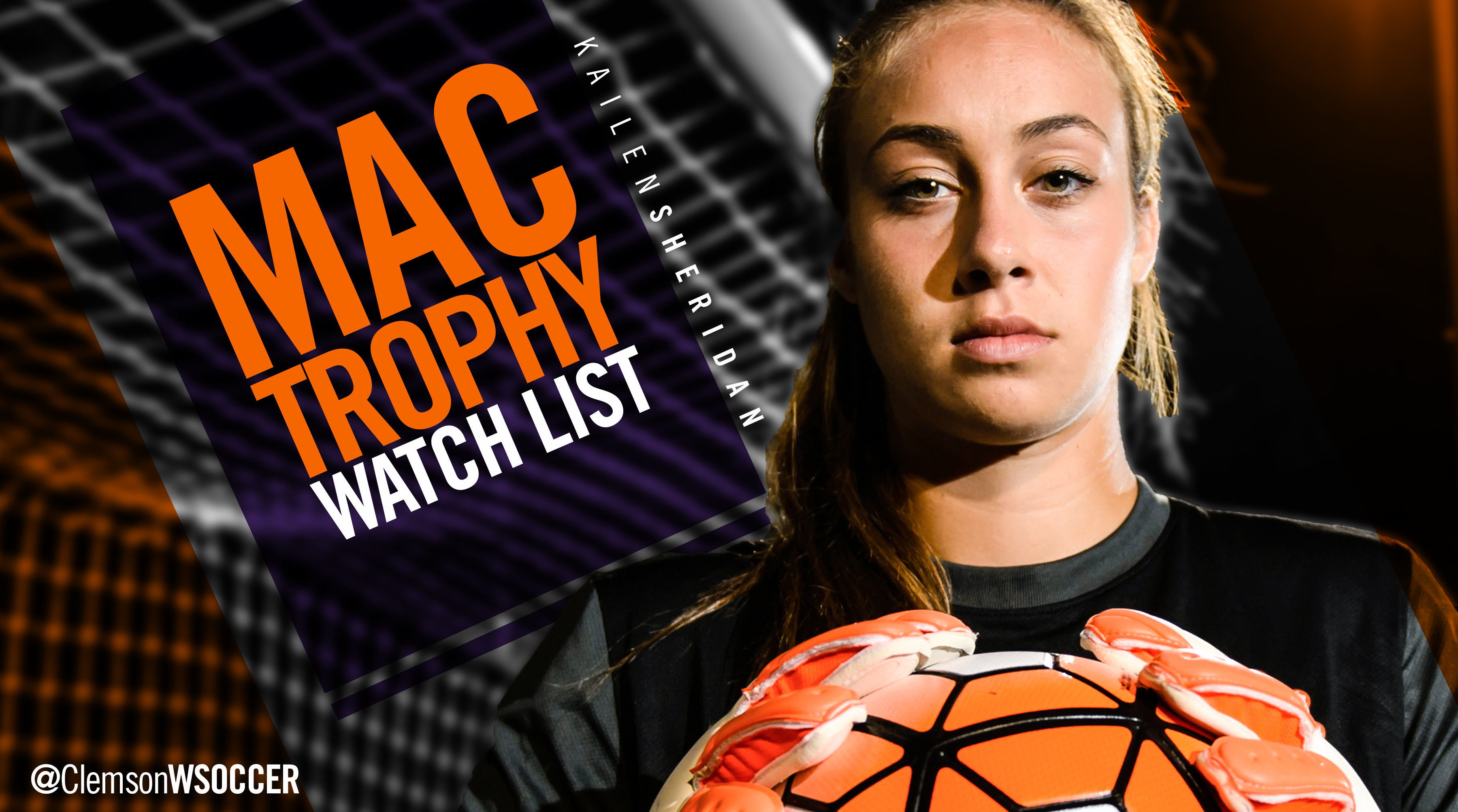 CLEMSON, S.C. – Senior goalkeeper Kailen Sheridan has been named to the Missouri Athletic Club (MAC) Hermann Trophy watch list for 2016. The MAC Hermann Trophy is the most prestigious individual award in college soccer presented annually to one male and female athlete. The winners will be announced Friday, Jan. 6, 2017 during a trophy presentation banquet at the Missouri Athletic Club.

Sheridan is one of 25 female athletes named to the watch list. The Whitby, Ontario native has found her way into the Clemson women’s soccer record book in multiple categories during her first three seasons in a Tiger uniform. She currently ranks second in school history in shutouts with 22, third in goals allowed average (0.94 in 2013), fifth in saves (163) and first in goals allowed in a single season (10 in 2014). Sheridan will travel to Rio de Janerio for the 2016 Olympic Games as an alternate for the Canadian Women’s National Team, and helped the team to a Gold Medal at the Algarve Cup in Portugal back in March.

In 2015, Sheridan was named an All-American, the first Tiger to earn the honor since 2006. She led the team to its second consecutive NCAA Tournament and its first ACC Tournament since 2007 after finishing tied for second in the ACC regular season standings.