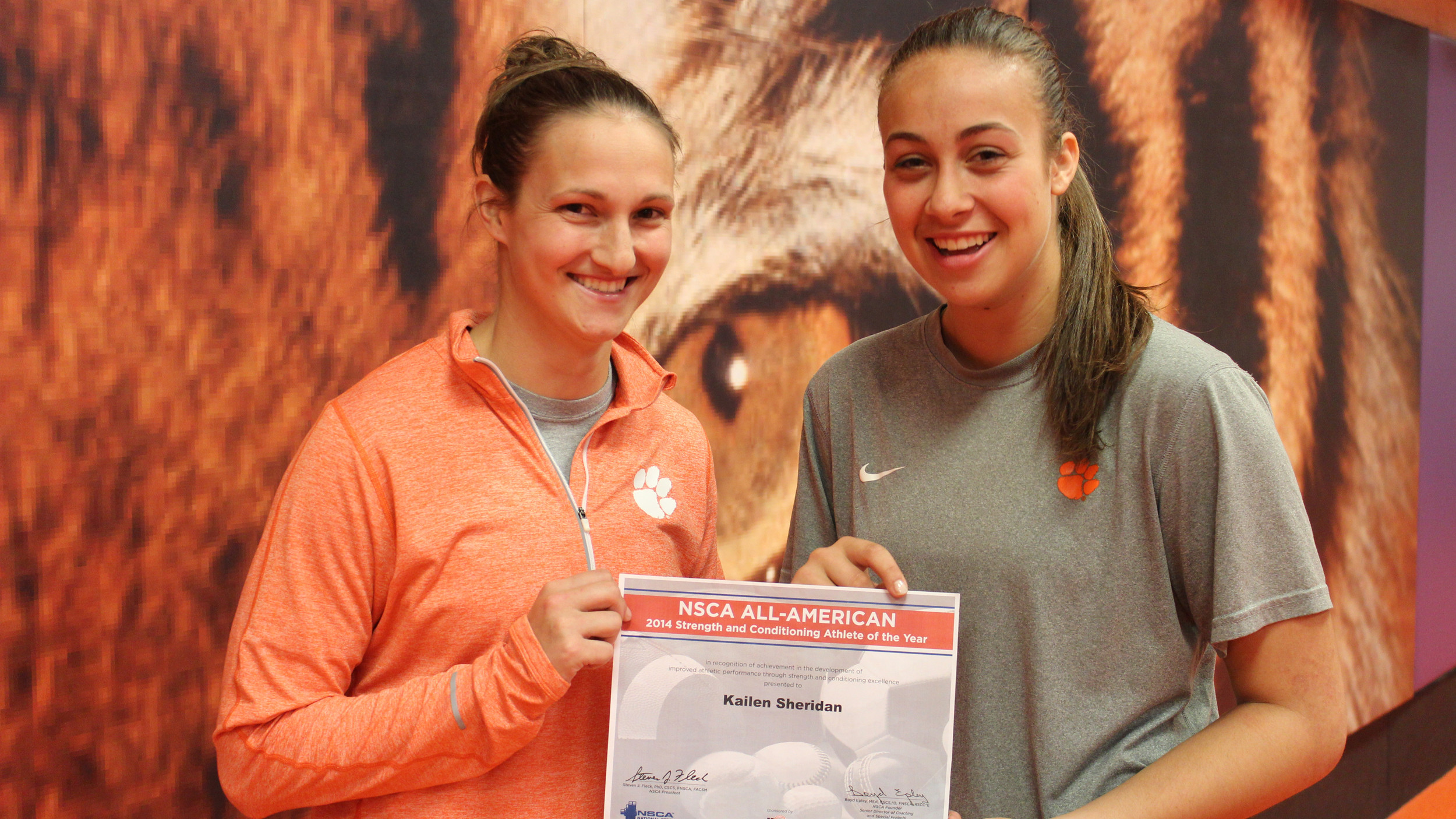 CLEMSON, SC – Freshman goalkeeper Kailen Sheridan is the recipient of a 2014 All-American Athlete Award as announced by the National Strength and Conditioning Association (NSCA) earlier this month. The award recognizes student-athletes’ athletic accomplishments as well as their dedication to strength and conditioning.

The NSCA award is the latest in the collection for the Whitby, Ontario native, as she was previously named to the All-Atlantic Coast Conference Third Team and the ACC All-Freshman Team, as well as the TopDrawerSoccer.com Freshman Best XI First Team and the Soccer America All-Freshman Second Team.

Sheridan started all 19 games for the Tigers in 2013, and allowed just 18 goals while recording 66 saves and seven solo shutouts. She finished the year ranked in the top 10 in Clemson history in three single-season record categories: sixth in goals against average (0.94), tied for sixth in solo shutouts (7) and seventh in save percentage (.786).

Sheridan is just the fourth Clemson women’s soccer player to be named a Strength & Conditioning All-American, and the first since 2007 when Kelly Schneider earned the distinction. She is also the first freshman to receive the accolade in program history.