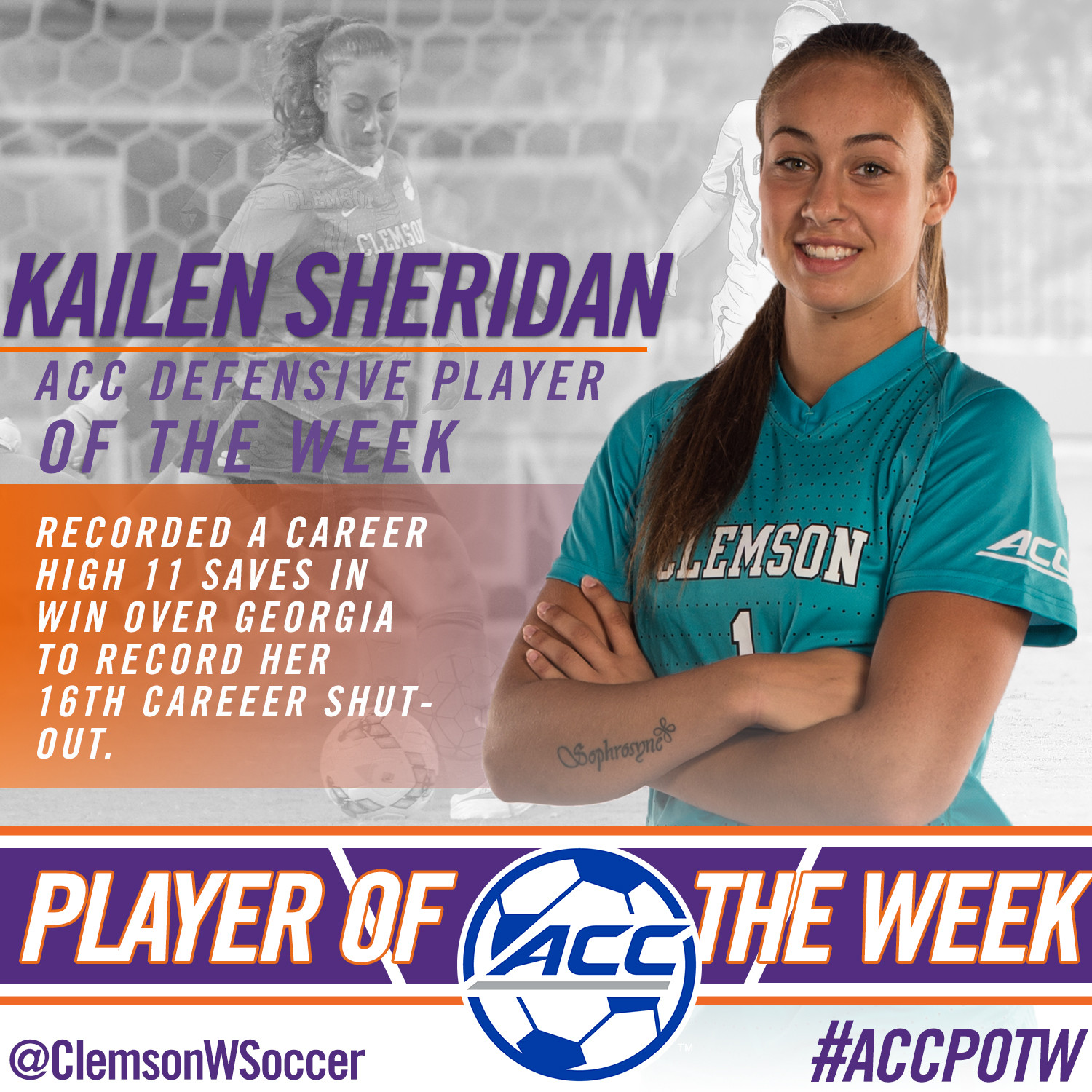 Sheridan played all 90 minutes in No. 13/10 Clemson’s 1-0 win at Georgia on Friday. Sheridan recorded her first shutout of the season and 16th of her career (third most in school history) while compiling 11 saves in the contest, the most in a single game in her career and tied for sixth in school history.

Sheridan has helped the ninth-ranked Tigers to a 5-0 record to open the 2015 season, recording 18 saves and two solo shutouts, and allowing just three goals in 414 minutes in the net. Sheridan and the Tigers return to action on Friday, Sept. 11 against Penn and Sunday, Sept. 13 against USF, with both matches at home at Historic Riggs Field.