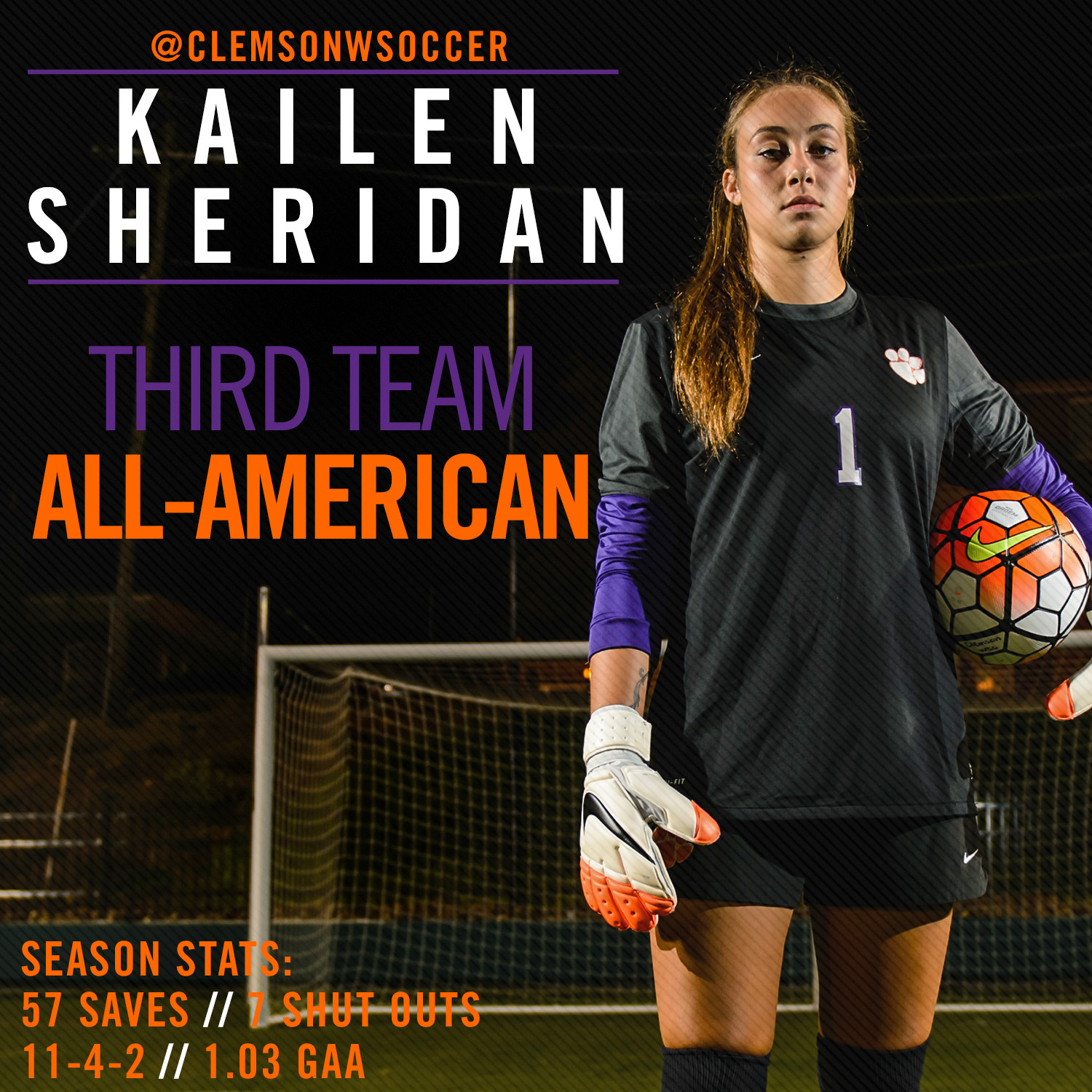 The Whitby, Ontario native recorded seven shutouts in her 2015 campaign, bringing her career total to 22 and moving her into second place all time in Clemson history in shutouts. She earned a 1.03 goals allowed average, which ranks tenth in Clemson history for a single season. She accumulated 57 saves on the year, enough to move her into fifth place in school history for career saves at 163.