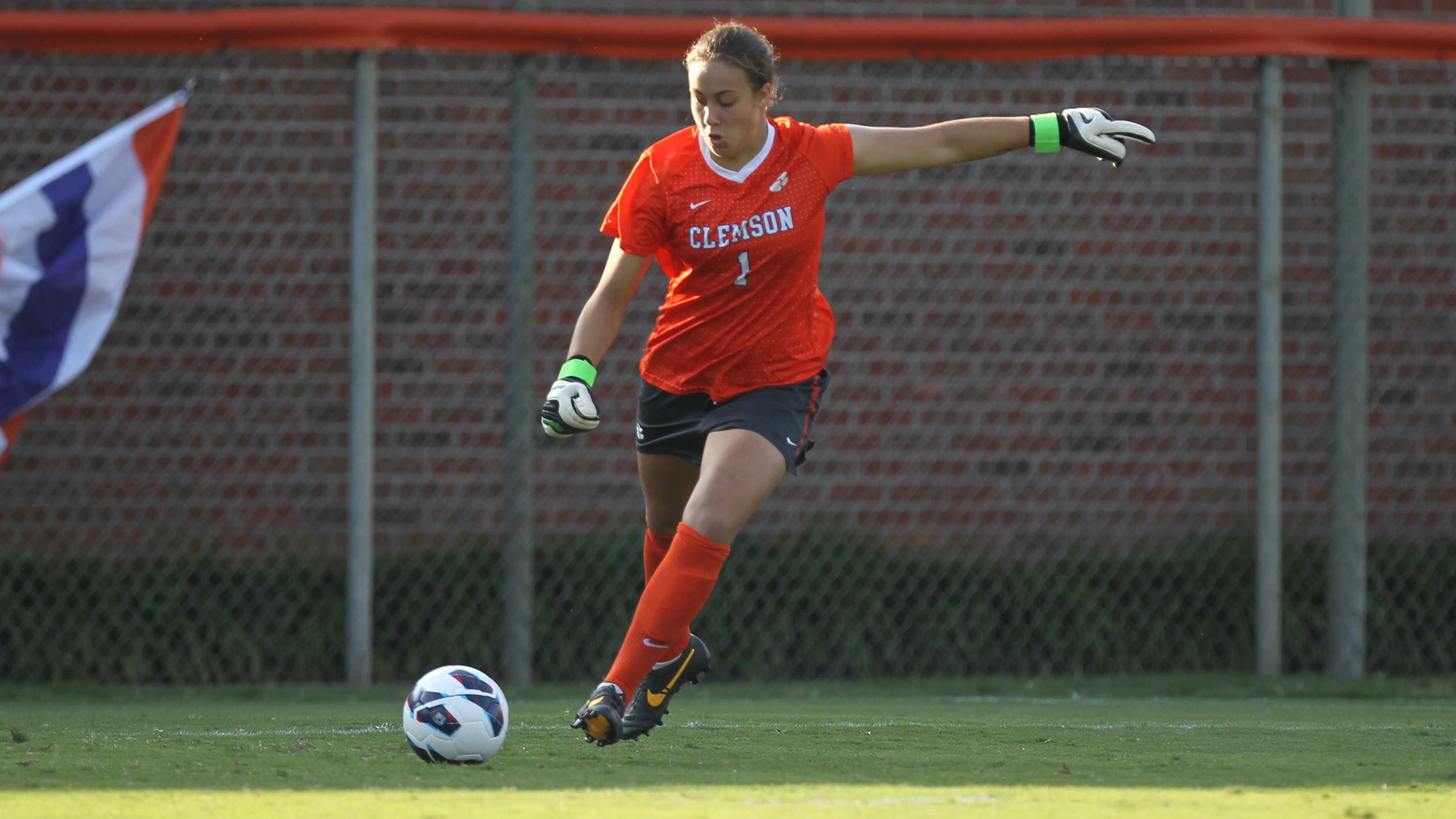 Sheridan Back in Camp with Canada’s U-20 National Team

CLEMSON, S.C. – Freshman goalkeeper Kailen Sheridan is attending camp with Canada’s U-20 Women’s National Team in Portland, Ore. from April 1-11. She is one of 20 players in attendance hoping to be named to Canada’s final roster for the 2014 FIFA U-20 Women’s World Cup to be held in Canada in August.

The Whitby, Ontario native is in camp with the national team for the second time this year, as she previously attended the team’s camp in Burnaby, British Columbia from Feb. 16-27. Sheridan was the starting goalkeeper for the Canadian national team that reached the quarterfinals of the U-17 World Cup in Azerbaijan in 2012.

Sheridan was named to the All-ACC Third Team and the ACC All-Freshman Team in 2013. She started all 19 games in goal for the Tigers, and allowed just 18 goals while recording 66 saves and seven solo shutouts.