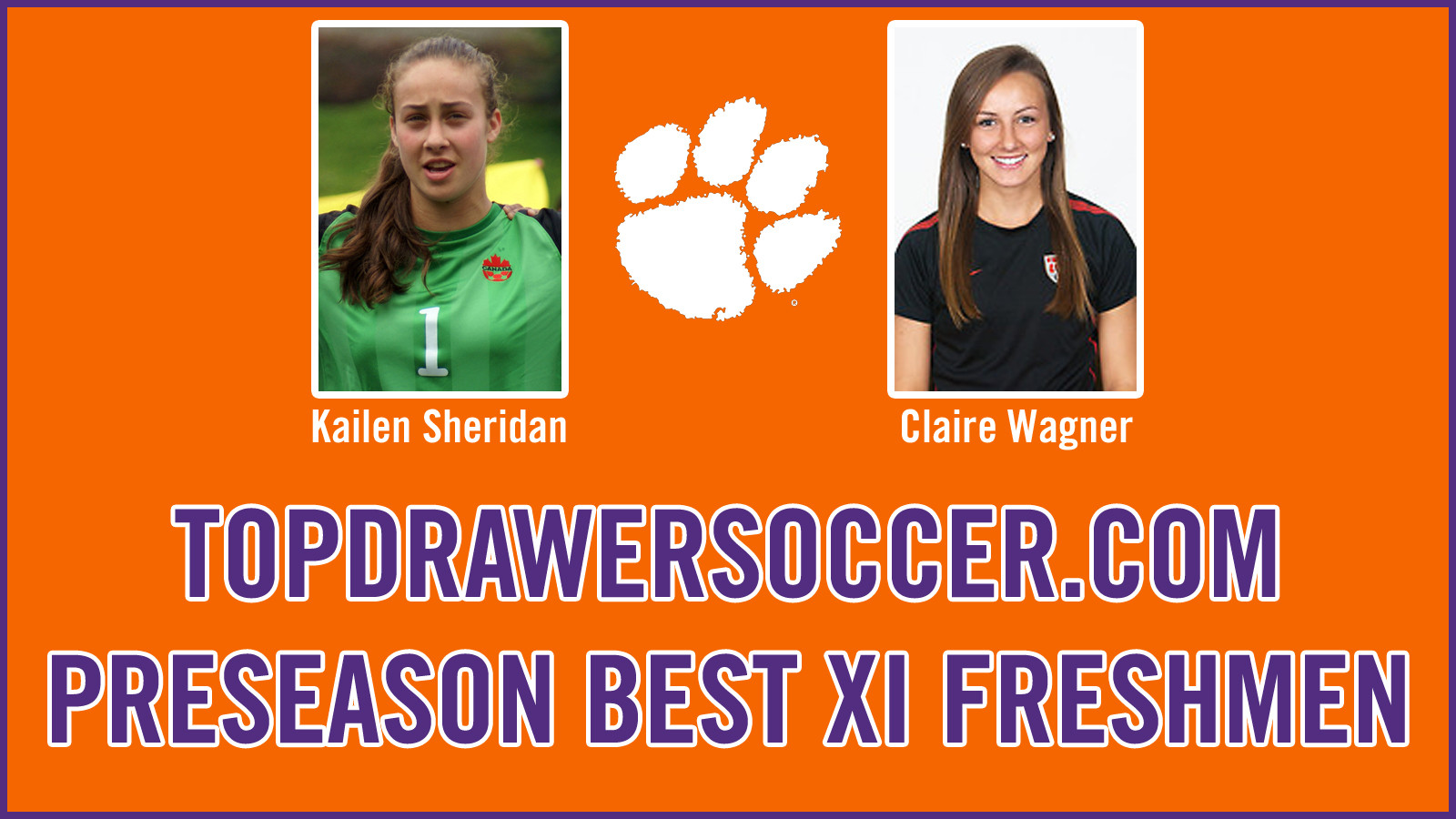 CLEMSON, SC – Clemson women’s soccer freshmen Kailen Sheridan and Claire Wagner were recently named to the TopDrawerSoccer.com Preseason Best XI Freshmen team for the 2013 season.  Clemson was the only school to have two players named to the 11-member team.

Sheridan, a goalkeeper from Whitby, Ontario, attended Canada’s U-20 Women’s National Team camp in Vancouver earlier this summer and is currently attending an Excel camp with the national team in Denmark.  She is competing for a spot on Canada’s roster for the FIFA U-20 Women’s World Cup in August of 2014.  In 2012, Sheridan led the Canadian National Team to a silver medal at the CONCACAF U-17 World Cup Qualifiers in Guatemala and then reached the quarterfinals of the U-17 World Cup in Azerbaijan.

Wagner, a defender from Cary, NC, played for the United States U-17 Women’s National Team at the U-17 World Cup in Azerbaijan and was also selected for national team camp in 2011.  Her club team, CASL Chelsea Ladies 94, won back-to-back Elite Clubs National League (ECNL) national championships in 2011 and 2012, and was a national semifinalist in 2010.

Sheridan, Wagner and the rest of the Clemson women’s soccer team will begin preseason training for the 2013 season on Wednesday, August 7.  The Tigers will open the season on the road against Auburn on Friday, August 23 and will play their first home game against Furman on Sunday, August 25 at 6 PM at Historic Riggs Field.