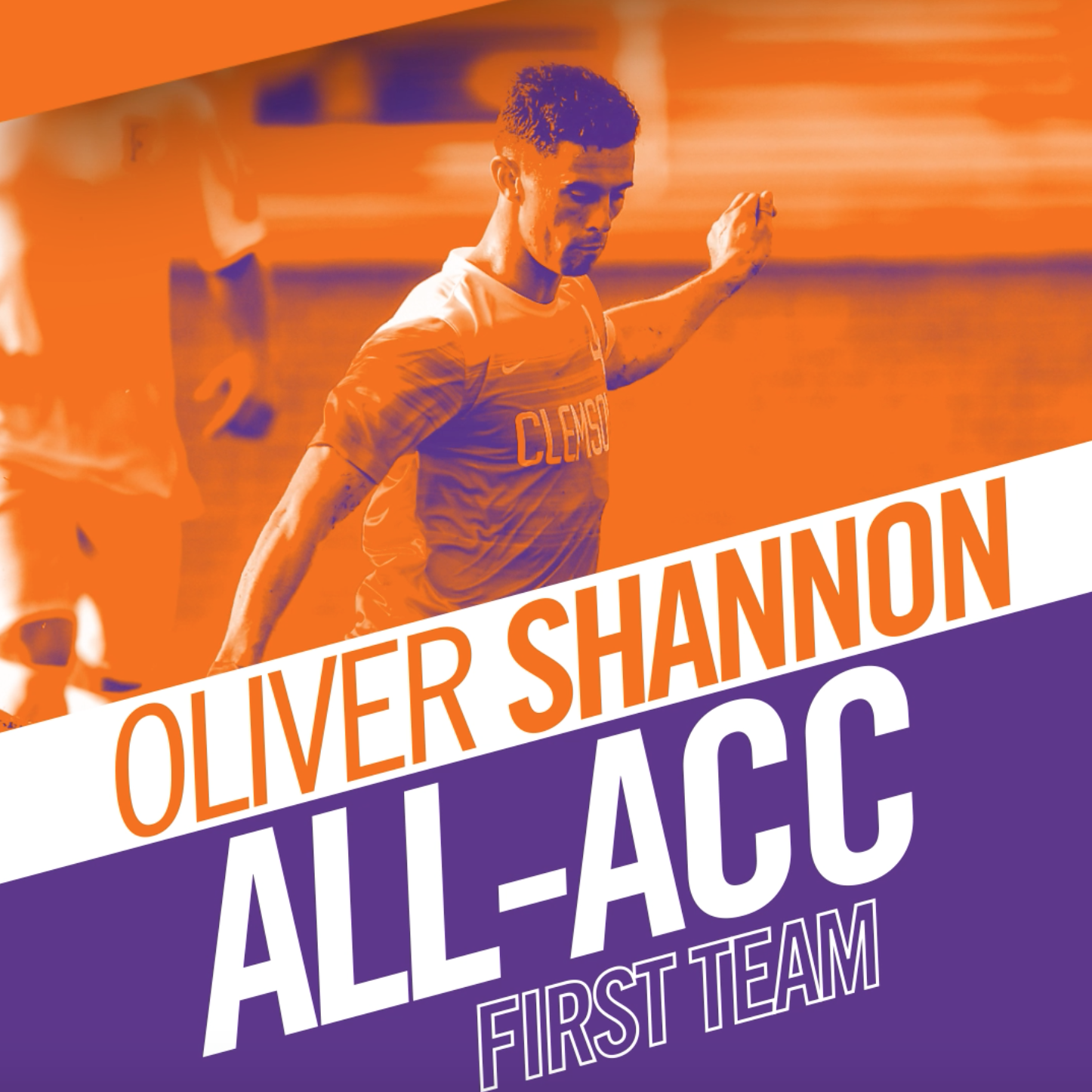 CLEMSON, S.C. – Three members of the Clemson men’s soccer team earned All-ACC honors for their play during the 2017 regular season, as voted on by ACC coaches and announced by the conference on Tuesday. Seniors Oliver Shannon and Diego Campos were named to the All-ACC First Team, while freshman Robbie Robinson earned ACC All-Freshman Team honors.

It was Shannon’s third career All-ACC honor after being named to the second team in 2016 and the third team in 2015. This year, the Liverpool, U.K. native played 1,313 minutes and netted four goals, including the game-winner over Syracuse on the road. He also assisted on three more goals, and his 11 points were good for third on the team during the regular season.

Campos garnered his second career All-ACC honor after being named to the second team during his junior campaign. This year, the San Jose, Costa Rica native played 940 minutes and led the team in both goals (9) and assists (8) during the regular season. Four of his goals were game-winning, a mark that had him at the top of the conference. His offensive prowess was highlighted when he netted a hat trick against then-ranked No. 16 Duke on the road.

Robinson earned All-ACC Freshman honors after leading Clemson’s freshmen with four goals in the 655 minutes that he played during the regular season. He netted both of the Tigers’ goals against then-ranked No. 2 Wake Forest on the road, including one in the 89th minute that forced the two teams into overtime.

The three All-ACC Tigers and the rest of the Clemson men’s soccer team are set for a rematch with now-ranked No. 1 Wake Forest on Wednesday night at Spry Stadium in the semifinals of the ACC Tournament. Kickoff is slated for 7 p.m.