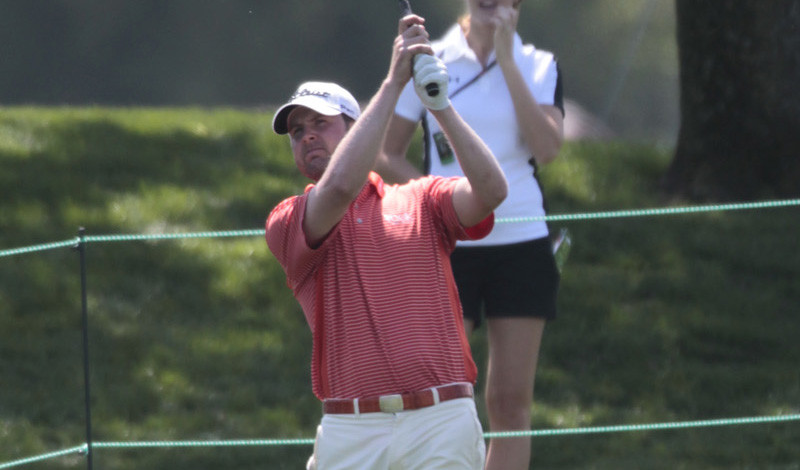 The seven former Tigers who will compete in the six-round marathon that will conclude on Monday are D.J. Trahan, Ben Martin, Phillip Mollica, Vince Hatfield, Stephen Poole, Danny Ellis and Brian Duncan.

Trahan has been on the PGA Tour every year since 2005. He finished 132nd on the PGA Tour money list this year, just seven spots away from automatically renewing his card. He does have enough status to play in between 15-20 events next year, but a top 25 finish in this event would give him full status for 2013.

Trahan was a two-time first-team All-American at Clemson in 2002 and 2003. He was the leader of Clemson’s National Championship team of 2003 and was the national player of the year in 2002.

Ben Martin played on the Web.com Tour last year and finished 54th on the money list. He is already fully exempt for that tour next year, but seeks to return to the PGA Tour, where he played in 2011. He also played in the 2011 Masters after finishing second at the 2010 US Amateur. Martin was a Clemson All-American in 2010 and was a starter on the 2008 Clemson team that finished fifth in the nation.

Danny Ellis has not played on the PGA Tour since 2006 due to injuries, but he has advanced to the final stage of PGA Qualifying this year. He has played in 113 career PGA events and won over $1 million. Ellis was an All-American at Clemson between 1990-93.Phillip Mollica was a teammate of Martin at Clemson and a starter on Clemson’s fifth ranked team of 2008. He has not been a fully exempt member of a PGA Tour.

Stephen Poole, Brian Duncan and Vince Hatfield are three other former Clemson players who will chase the dream of a PGA Tour card this week. All three were starters on Clemson’s 2006 team that finished third in the nation. Poole and Duncan both made All-ACC that year and Duncan was a third-team All-American.

There is no live scoring or live television coverage of the event this week. Final scores will be posted on www.pgatour.com.