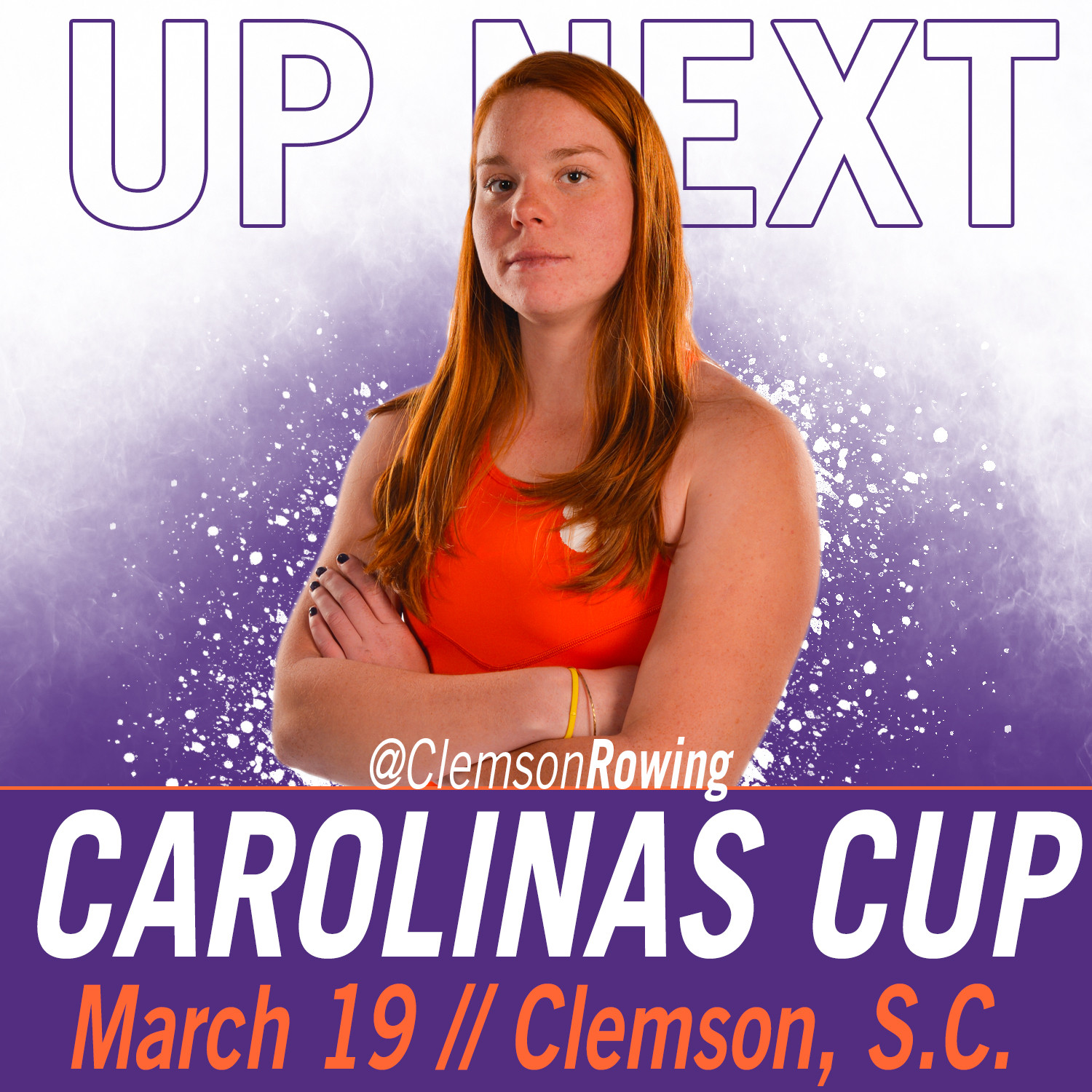 CLEMSON, S.C. — The Tiger rowing program returns to action on Saturday, as Clemson welcomes ACC rivals Duke and North Carolina to Lake Hartwell for the 2016 Carolinas Cup. The three teams will compete against one another in five separate races, beginning at 8:30 a.m. behind the rowing center on Lake Hartwell.

Clemson, who opened its spring season last week at the Cardinal Invite in Oak Ridge, Tenn., will field a total of seven boats over six events. The Tigers’ Fifth Varsity 4+ will square off in an exhibition against Duke’s Third Varsity 4- to conclude the action. Clemson has two entries in the Third Varsity 8+, which opens the racing action at 8:30.

The home spring schedule includes two additional regattas, the Clemson Invitational on April 16-17 and ACC Championships on May 13-14.