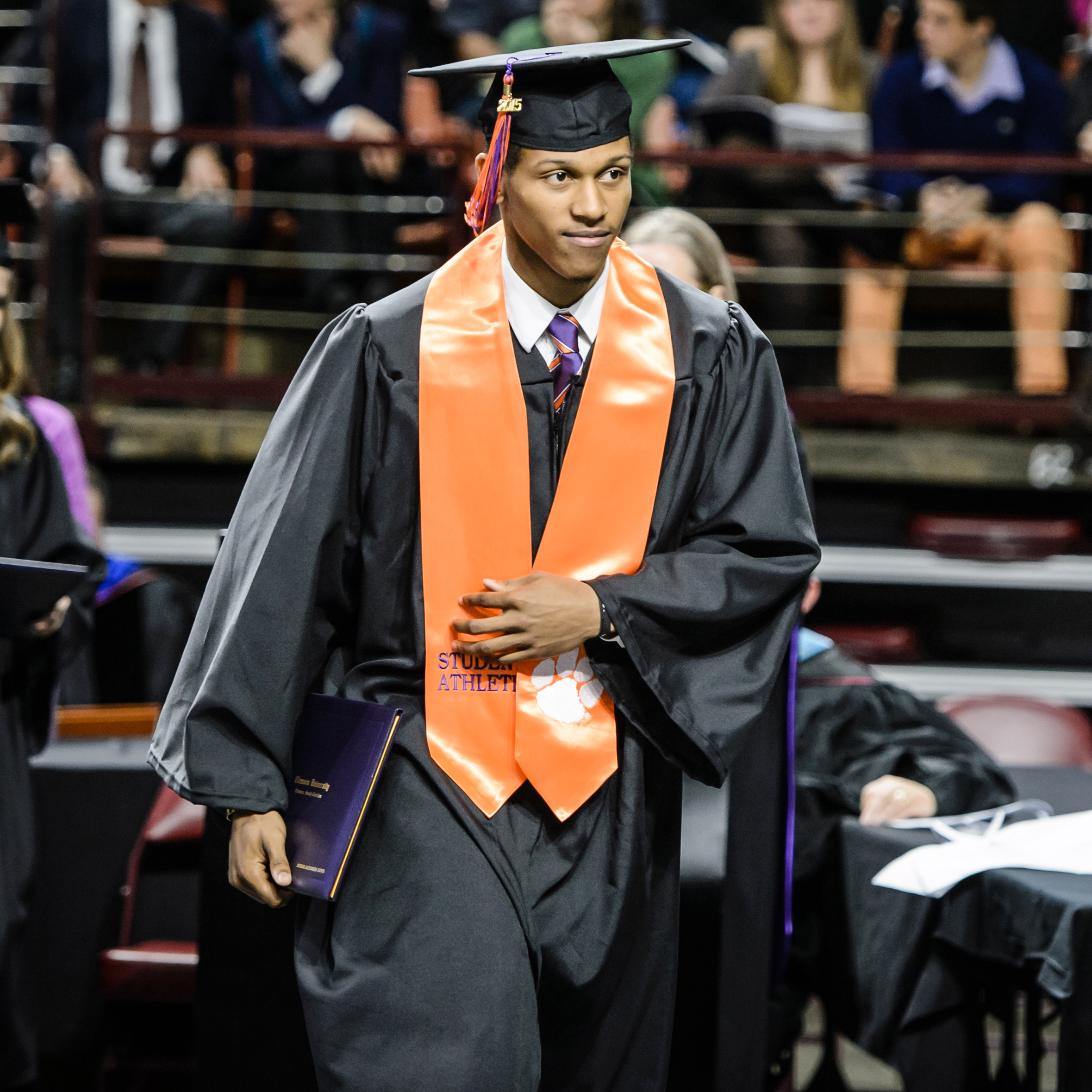 CLEMSON, S.C. — Jordan Roper and Gabe DeVoe were both named to the All-ACC Academic Men’s Basketball Team on Tuesday, the conference office announced. It was Roper’s third selection and DeVoe’s first. Roper is the ninth player in program history to have been selected to the All-Academic team at least three times.

Roper, who earlier this season was named an ACC postgraduate scholarship recipient, earned his undergraduate degree in December 2015. He is currently pursuing a master’s degree in athletic leadership. In addition to his accolades off the court, Roper leads the Tigers with 107 assists and 37 steals. He also is fourth on the team with an average of 9.2 points per game.

DeVoe, a pre-business major, is sixth on the team with a scoring average of 5.2 points per game. He has improved as a shooter, hitting 30 percent of his three-point goals this season to rank fifth on the team with 28 makes from beyond the arc.