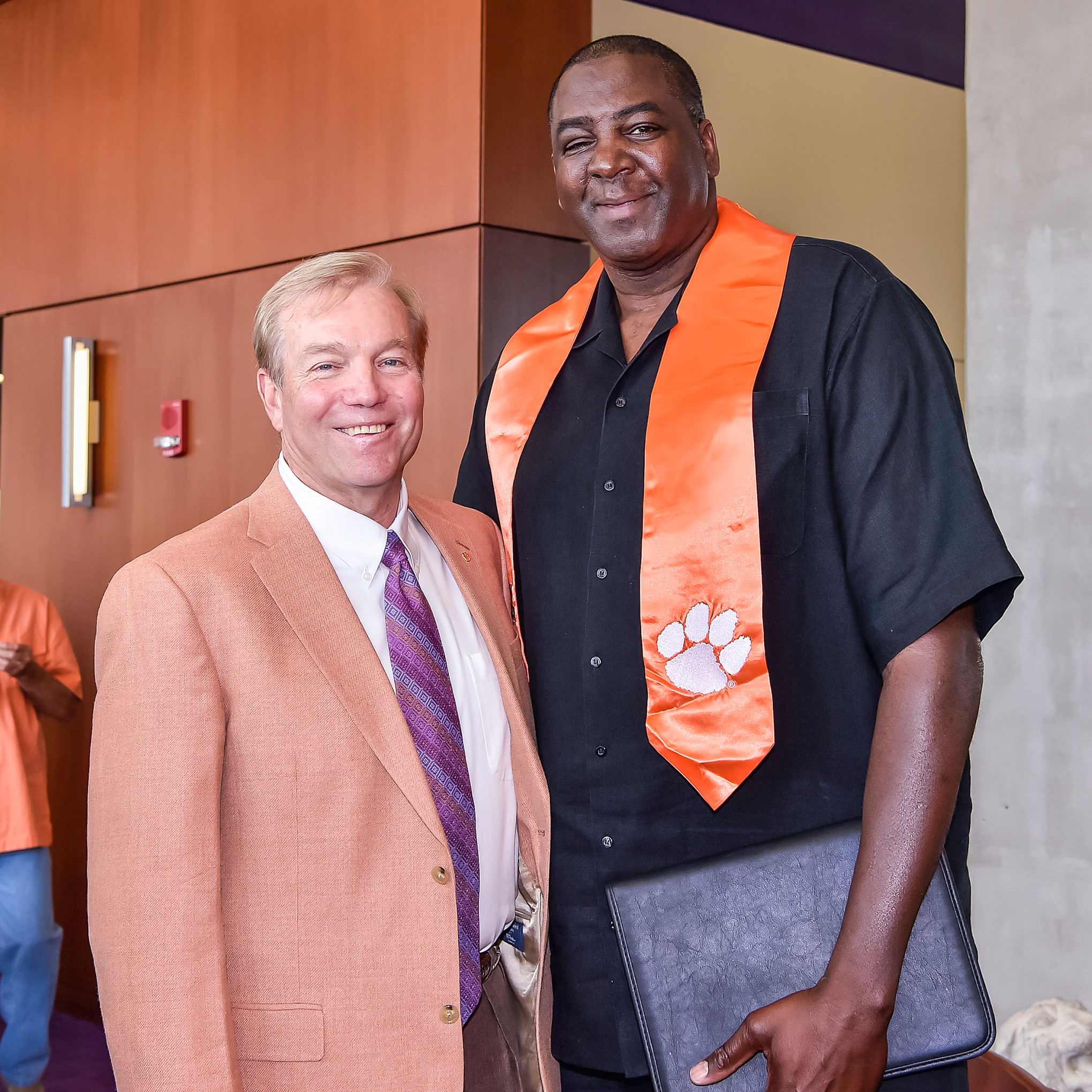 In October 1978, during the first month of what has now been a near 40-year career at Clemson, I traveled with head basketball coach Bill Foster to Greenville Memorial Auditorium to see an exhibition game that featured the Atlanta Hawks and second-year center Tree Rollins.

Rollins had played just two years for Foster, but the player and mentor were very close, as there was a strong mutual respect.

I was fascinated by Rollins’ game due to his incredible range as a shot blocker and rebounder. As a student at Notre Dame for the same four-year period Rollins played at Clemson, I knew about him more than I knew about any Clemson football player.

When Rollins played, it did not matter who we were playing,” Foster told me. “People came to see Tree. That is why they came to the game.”

In the 1970s, Rollins was the basketball version of Deshaun Watson. Just as Tiger football fans did with Watson from 2014-16, Clemson basketball fans came to Littlejohn Coliseum just to see what Rollins would do next.

That fascination started with his second career game in December 1973. In an IPTAY Tourney game against a highly-regarded St. John’s team led by hall of famer Lou Carnesecca, Rollins had 22 points, 20 rebounds and nine blocked shots. It took him just two games to record a 20-20 (points and rebounds), and he nearly made it a triple-double.

That was the start of something big by Clemson’s biggest big man in history. He went on to average 12 points and 12 rebounds per game as a freshman. There weren’t freshman All-America teams in those day, but he certainly would have made many of those teams by today’s standards.

In 1974-75, Rollins again averaged a double-double and helped the Tigers to a 17-11 record that included four top-20 victories. Clemson finished ranked No. 19 in the UPI poll, its first top-20 finish in history. The Tigers were also selected to the NIT, the first postseason appearance in school history.

Just prior to his junior year, the program was saddled with three years of probation. Rollins could have transferred to another school, or more likely turn professional. But he decided to stay at Clemson. He had the same decision to make before his senior year, but decided to stay.

“That was such a big decision for our program,” said former assistant coach Dwight Rainey. “By staying and keeping our program nationally relevant, he kept the program going. We would not have gone to the Elite Eight of the NCAA Tournament in 1980 had Tree turned professional before his senior year.”

In 1976-77, he averaged 14 points and 12.8 rebounds per game, leading Clemson to a 22-6 record. He was a third-team All-American, the first AP All-American in Tiger history. He was then a first-round draft pick of the Hawks.

Rollins joins Banks McFadden and Dale Davis in the Clemson Men’s Basketball Ring of Honor today. It is a day he certainly deserves and appreciates.

“When I came to Clemson in 1973, (university president) Dr. (R.C.) Edwards came to see me and told me if I ever need anything to come see him.

“His door was always open and I came by to see him a lot whenever I had a problem or needed some advice. I don’t know how many schools have a president like that.

“I had come from a small town (Cordele, Ga.), and Dr. Edwards made me feel at home from day one. That is probably why I stayed four years. Clemson felt like home.”

When Rollins was drafted, he needed just three courses to graduate. After playing 18 years in the NBA, the longest running career by a former Clemson athlete in any sport, he was still short of that degree.

But that all changed last year when, thanks the Tiger Trust Program and its leader, Barbara Kennedy-Dixon, and his daughters, Rollins returned to Clemson to earn his degree. That was all he needed to complete his Ring of Honor resumé.

Rollins spoke at a reception to the other Clemson student-athletes who were graduating in May 2016, and it was a heartfelt presentation. After his talk, senior golfer Miller Capps came up to me asked if he could have his picture taken with Rollins. Capps had obviously never seen Rollins play, but he was aware of what he had done for Tiger athletics.

Rollins is one of those larger than life legends of Clemson athletics, and we welcome him into the Ring of Honor today.