Clemson, S.C. – Robbie Robinson and Philip Mayaka have been named as two of the 15 semifinalists for the MAC Hermann Trophy, as announced earlier today by United Soccer Coaches and the Missouri Athletic Club. The award is regarded as the most prestigious honor in college soccer, as it is presented annually to the best men’s and women’s soccer player in NCAA Division I. Mayaka is the lone freshman to be named a semifinalist.

“They are both very fine players and are each deserving of the recognition,” said Head Coach Mike Noonan. “It speaks volumes for the season we have had as a team. We play a team sport, and I think the success they have is a derivative of the success we have had overall.”

“I am sure that both Robinson and Mayaka are pleased with this acknowledgment, but I know their focus is on Friday night’s match.”

The 15 semifinalists will now be voted on by head coaches from around the country, with the top three individuals set to be named finalists on Dec. 13 in conjunction with the College Cup.

Robinson and Mayaka are the first two players named semifinalists for the award while Noonan has been at the helm in Clemson. Clemson’s program has had seven individuals earn finalist honors, with Wolde Harris being named a finalist in 1994 and 1995. Dane Richards was the most recent Tiger to be named a finalist, earning the nod in 2006. Bruce Murray and Wojtek Krakowiak are Clemson’s two Hermann Trophy winners, earning the recognition in 1987 and 1998, respectively. 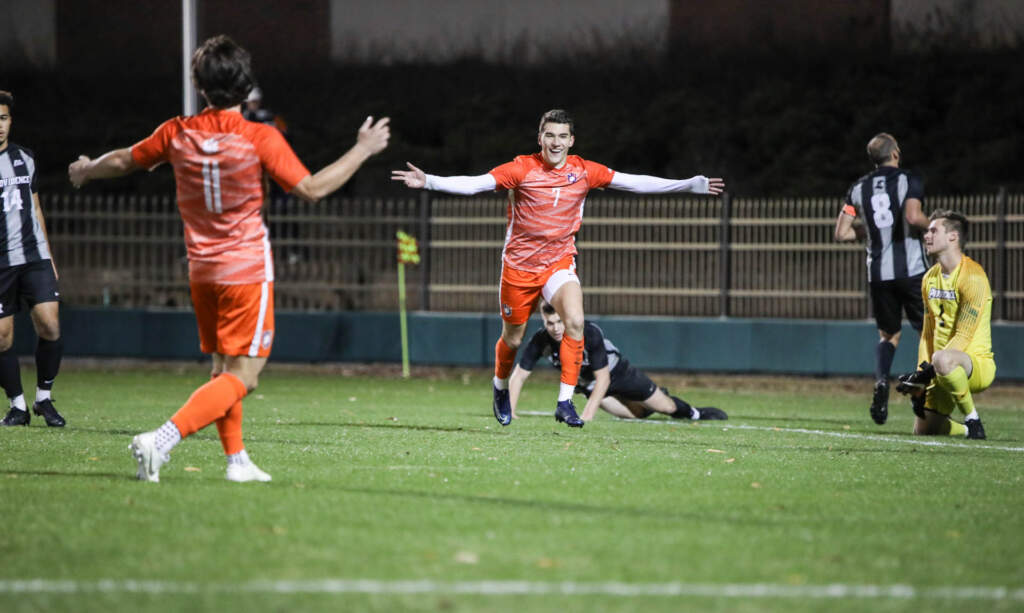 Robinson has logged 18 goals, nine assists and 45 points through 18 matches in the 2019 season. The junior was recognized as the premier attacking players within the ACC by the conference’s head coaches, as Robinson was named the ACC Offensive Player of the Year for 2019. Robinson’s 18 goals give him a share of the nation’s lead in total goals scored, while his 45 points make him the nation’s leader in total points and points per game. Entering the quarterfinals of the NCAA Tournament, Robinson holds four nation-leading marks and eight conference-leading marks. Robinson ranks within the top 10 nationally in nine different categories. Robinson’s production has been historic, as he became the first Tiger since 1998 to record multiple hat-tricks in a single season. For his continuous levels of excellence, Robinson was named the ACC’s Offensive Player of the Week on two separate occasions. 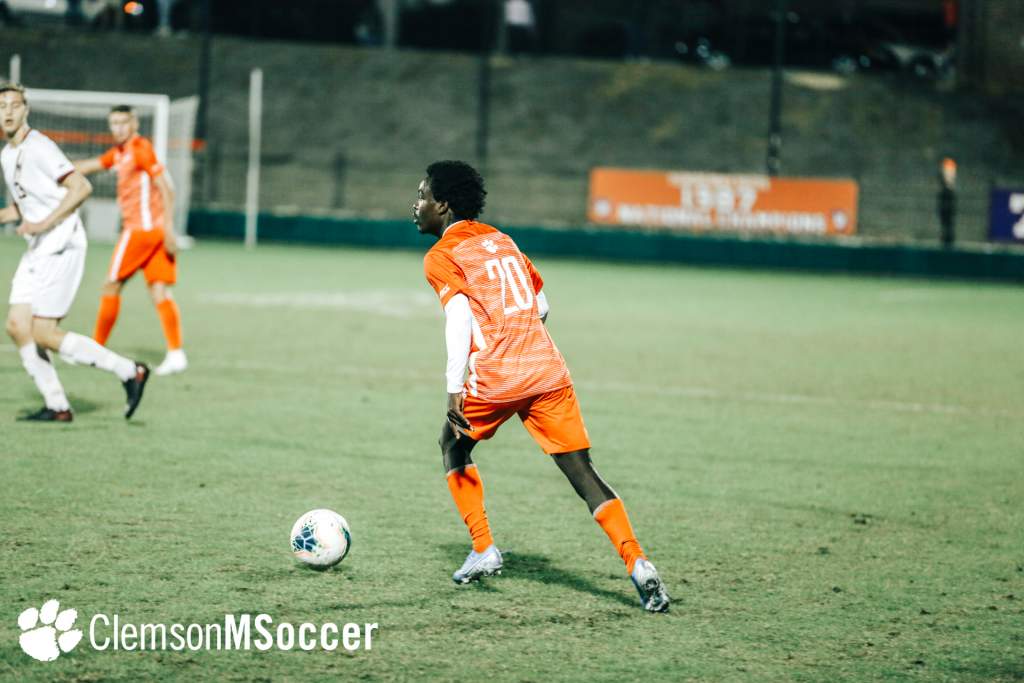 In his first season as a member of the Clemson men’s soccer team, Mayaka has solidified himself as one of the nation’s best young talents. Mayaka, a starter amongst the Tigers’ midfield unit in 19 matches, has logged two goals and contributed eight assists in his freshman campaign, with both goals serving as game-winning scores. For his excellent play throughout the course of the season, Mayaka was voted by the ACC’s head coaches as the conference’s Freshman of the Year and was named to the All-ACC First Team. Mayaka has been clinical within the midfield for his side, helping the Tigers become the nation’s premier scoring offense by serving as the team’s conductor in its attacking efforts. The freshman midfielder has recorded a multi-assist match twice this season.

Clemson is joined by the University of Virginia as the only program with two players named to the semifinalist list. The ACC is represented by five individuals, with Wake Forest having one player named.

The Clemson men’s soccer team will be back in action as they host the Stanford Cardinal on Friday, Dec. 6 at 6 p.m., at Historic Riggs Field. The match will feature three semifinalists, as Stanford’s Tanner Beason joins Robinson and Mayaka on the list of 15 honorees.