CLEMSON, S.C. – Clemson softball head coach John Rittman announced Wednesday that the Tigers signed one student-athlete to a National Letter of Intent during the early signing period. Marena Knowles (Hawkinsville, Ga./Westfield HS) will join the roster in the fall of 2022.

“We are incredibly excited to welcome Marena Knowles to our Clemson family," said Rittman. "Marena is a talented and dynamic player. She is an outstanding hitter and has the versatility to play in the outfield or at first base. Our staff is thrilled about the addition of Marena and can't wait to help her continue to develop both on and off the field.” 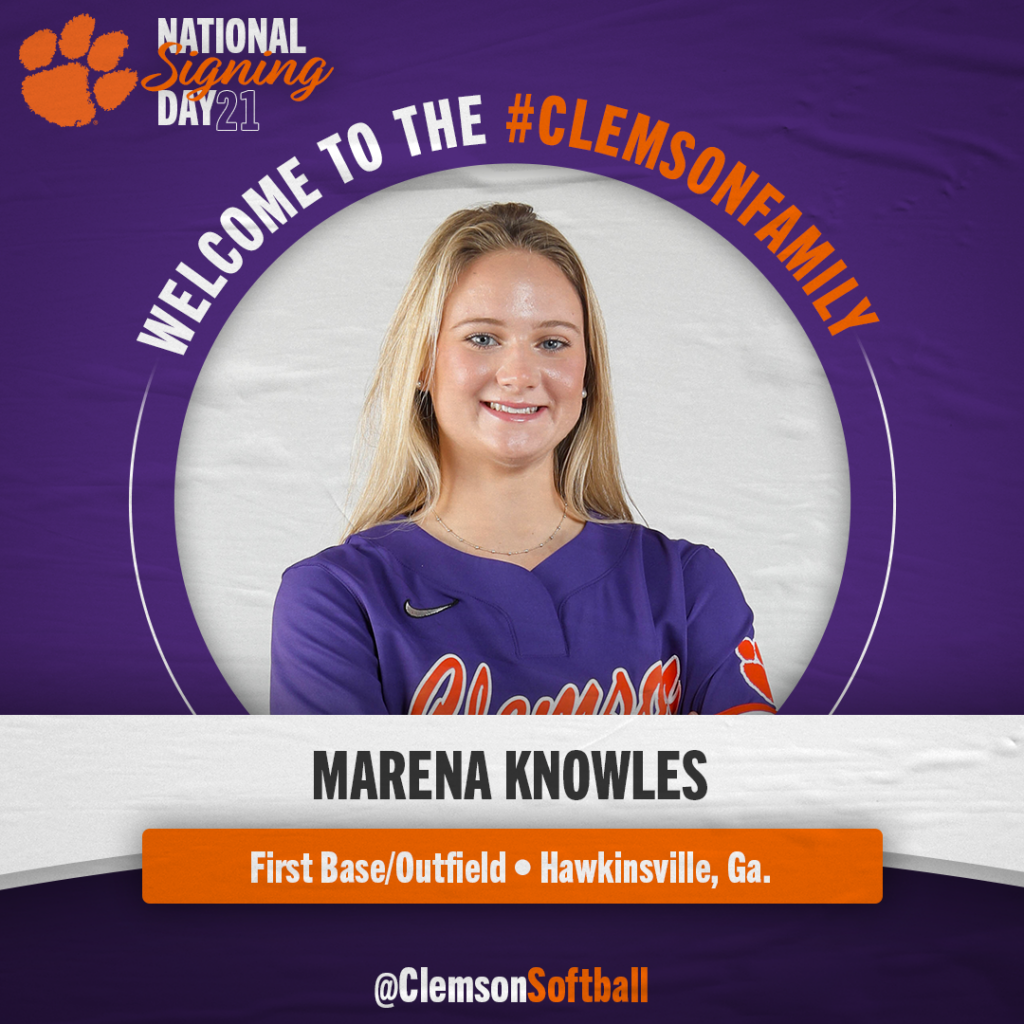