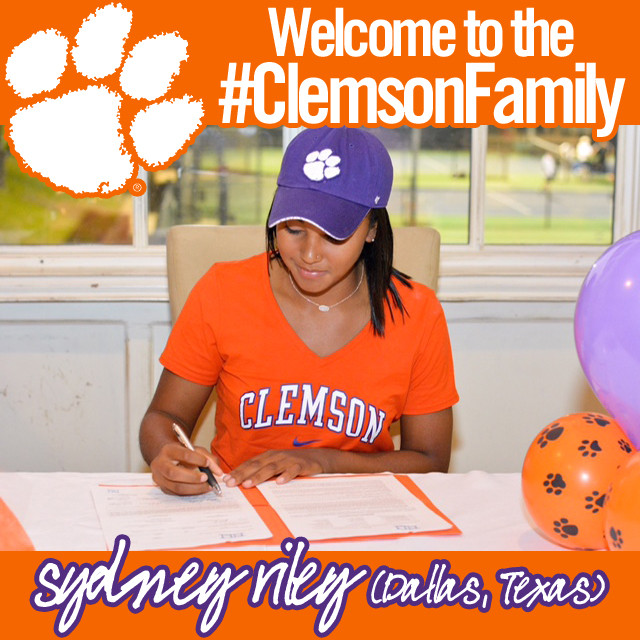 CLEMSON, S.C. – Sydney Riley, from Dallas, Texas, has signed a National Letter of Intent to join the Clemson women’s tennis team for the 2016-17 season. Head Coach Nancy Harris made the announcement on Friday afternoon.

Riley is ranked 29th nationally according to TennisRecruiting.net, and is the third-best player in the Gulf States and the state of Texas according to the same association. Her highest ITA ranking was top 325 in 2014. Riley tallied a 47-19 record in matches played during the 2014-15 season.

Riley won the Grade 4 ITF Jalisco Junior Cup Championship in Guadalajara, Mexico in 2014 and reached the finals of the Jalisco Cup in 2013. She was a finalist in the Eddie Herr 16s International Junior Championships in 2013, and also participated in the event from 2010-12. In 2014 at the Queretaro Junior Cup in Mexico, she won the doubles title and reached the finals in the singles draw at the tournament.