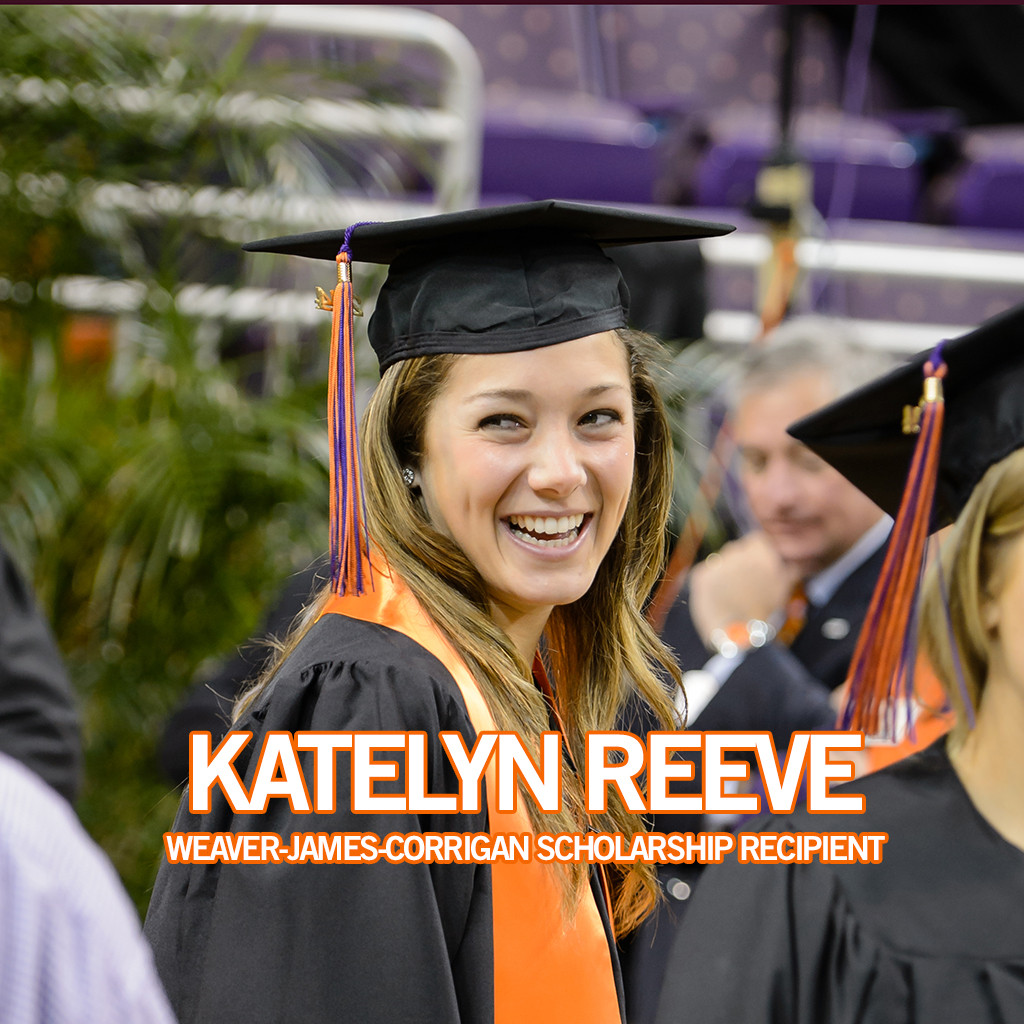 CLEMSON, S.C. – Former Clemson women’s soccer player Katelyn Reeve has been selected as one of 45 ACC student athletes to receive the prestigious Weaver-James-Corrigan Scholarship, annually awarded to those who wish to pursue a graduate degree following an undergraduate education and career.

Reeve was a four-year starter in the midfield who played a key role in the team’s defensive improvements over three seasons and in the Tigers’ return to the NCAA Tournament in 2014, for the first time since 2007. The Cary, North Carolina native and two-time captain was a Capital One Academic All-American in 2014 and a two-time member of the Academic All-District Team and the All-ACC Academic Team.

Reeve graduated in December 2014 with a 4.0 cumulative GPA in Biological Sciences. She was also highly involved in community service, serving as Special Olympics Coordinator as well as Relay for Life committee and volunteering at Helping Hands and Oconee Hospital. She plans to attend Physicians Assistant School and become a PA.

Reeve and the other student-athletes will be honored at the annual Cone Health ACC Postgraduate Luncheon hosted by the Nat Greene Kiwanis Club and presented by ESPN on April 15 at the Grandover Resort in Greensboro.