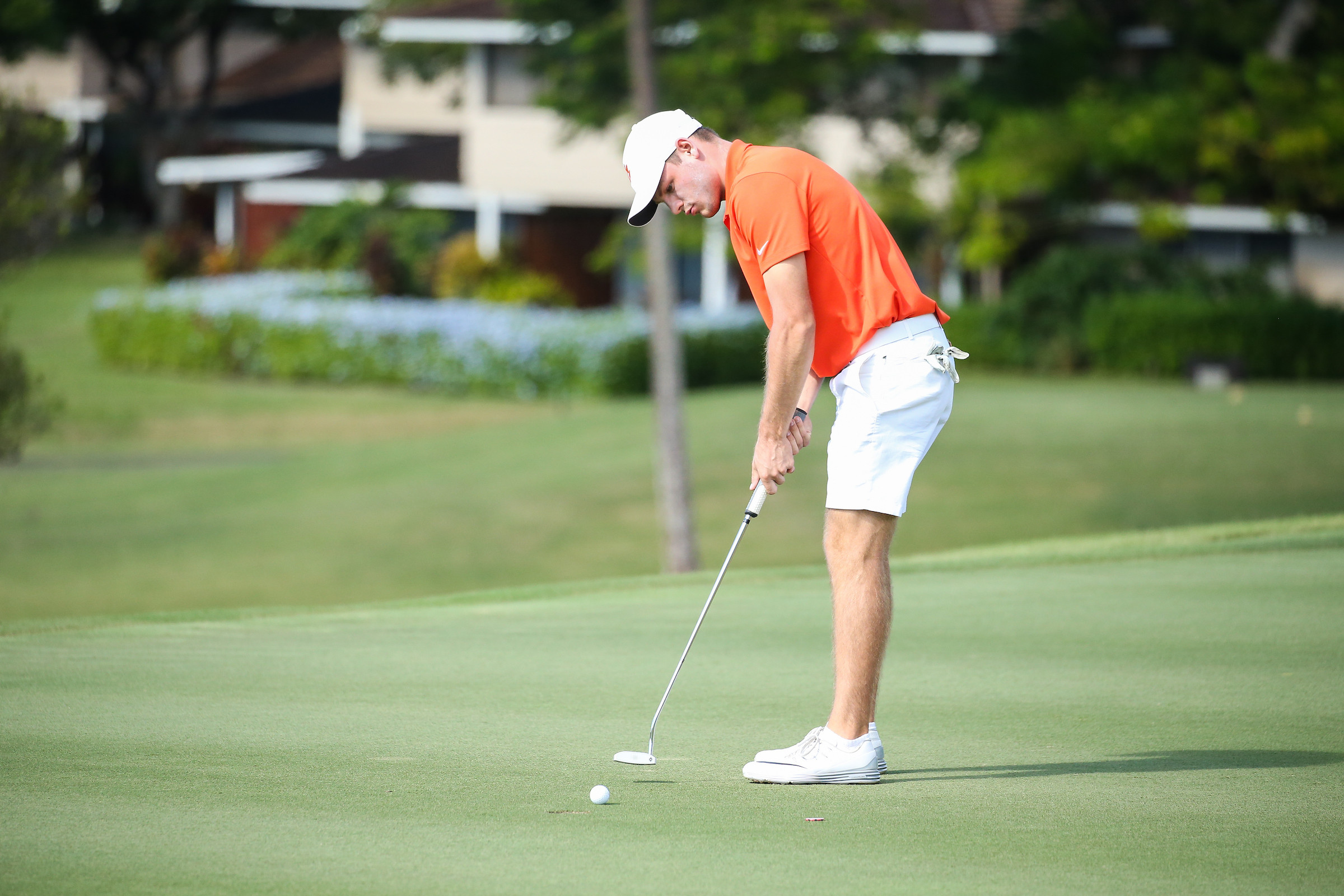 Redman to Compete in Patriot Amateur

Phoenix, Arizona—The Clemson football team won’t be the only athletic team representing the Tigers program in Arizona this weekend.   Clemson freshman golfer Doc Redman will compete in the Patriot All-American Amateur Golf Tournament at Wigwam Resort in Litchfield Park, Arizona. The course is 45 minutes from Phoenix where the Tigers football team will face Ohio State in the PlayStation Fiesta Bowl.

Redman will be one of 84 of the top amateurs from around the nation playing in the three-day 54-hole tournament that is regarded as one of the top amateur events in the nation. The competition will be held December 29-31 with the champion crowed at 4 p.m. on New Year’s Eve.

Redman has been Clemson’s top golfer so far this year with a 70.13 stroke average for his 15 rounds. He was the medalist at the Jackrabbit in September with a 13 under par score of 203, then won the Ka’anapali Classis in Hawaii in November with a 15-under par score. He is the first Clemson golfer to win two tournaments in the fall schedule.