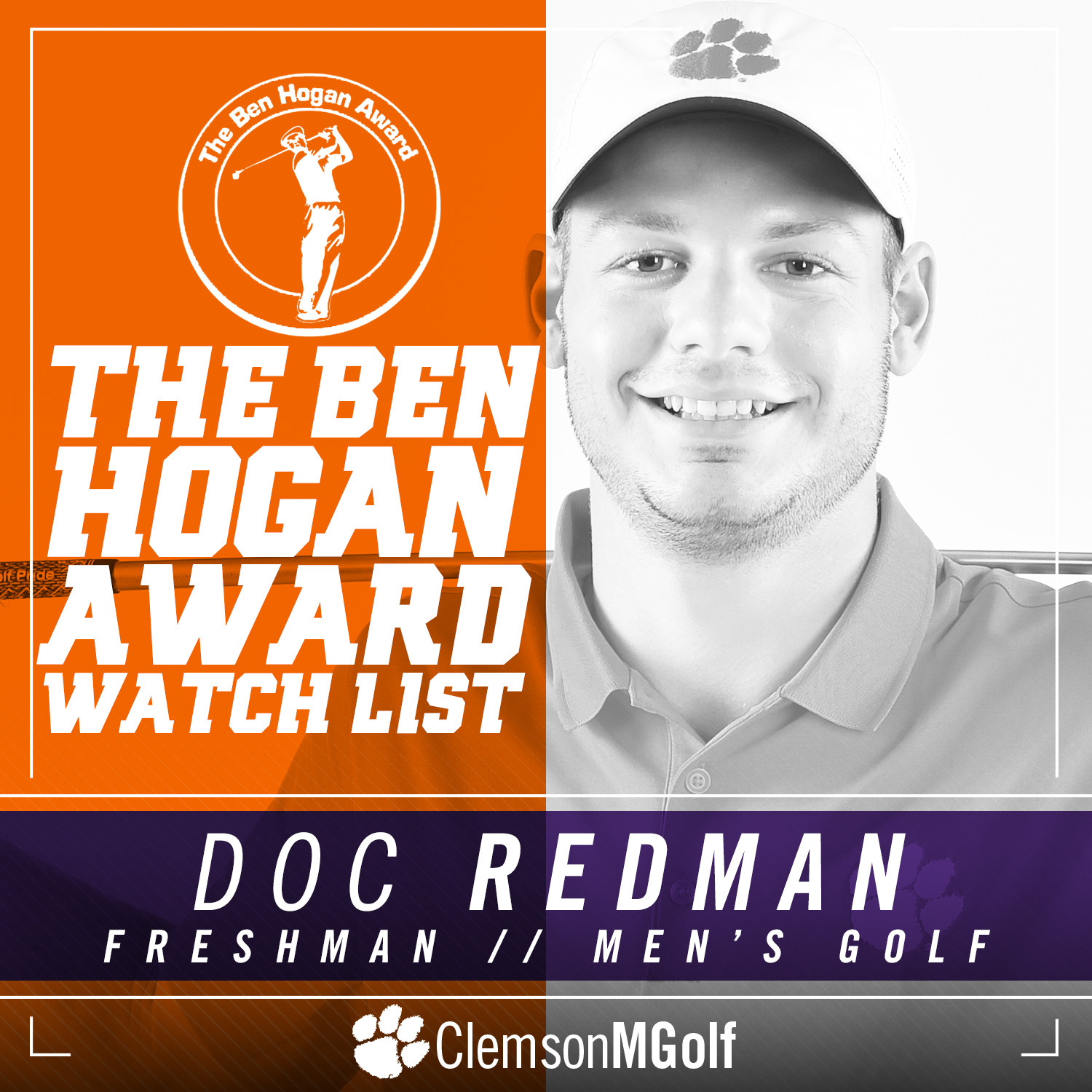 Redman is ranked 23rd in the nation individually on the Golfweek/Sagarin college rankings. He has a 70.13 stroke average for the year for 15 rounds and five tournaments.   He has two top 10 finishes, but both are victories in record setting fashion.

First, Redman won The Jackrabbit in Valentine, Neb. on October 4 with a 203 score, 13 under par. His performance included a Clemson record tying round of 63 in the opening round. Then he won the Ka’anapali Classic in Hawaii on November 6 when he finished with a final round 64.   His 54-hole score was a Clemson record 198, 15 under par.

The native of Raleigh, N.C. is the first freshman in Clemson history to win two events and obviously the first to win two fall tournaments.   He has scored under par in nine of his 15 rounds, including a team best five rounds in the 60s.

The only other freshman in the nation named to the Hogan Watch List is Viktor Hovland of Oklahoma State. The only other ACC players on the list are Jimmy Stanger of Virginia and Will Zalatoris of Wake Forest.

Clemson has had two winners of the Ben Hogan Award. D.J. Trahan won the honor in 2002 and Kyle Stanley won in 2008.

The award will be presented in May at Colonial Country Club in Fort Worth, Tex. on May 22.