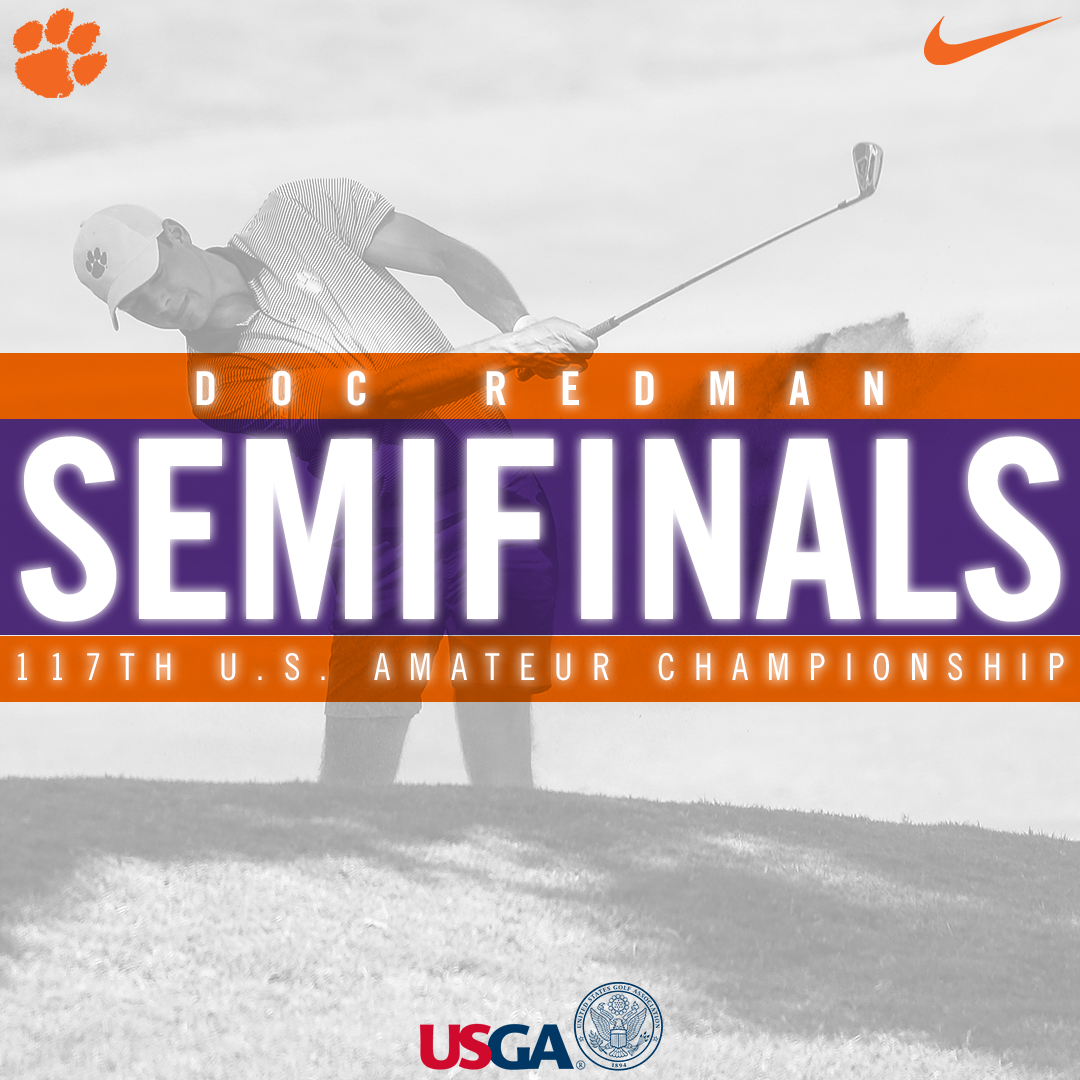 Redman Moves on to Semifinals of US Amateur

Clemson, S.C.—Clemson sophomore Doc Redman overcame a two-hole deficit over the last six holes and defeated Travis Smyth of Australia 1-up Friday night to advance to the semifinal round of the 117th United States Amateur at Riviera Country Club in Los Angeles.

Redman is the first Clemson golfer to reach the semifinals since Ben Martin reached the finals in 2009. The only previous Clemson golfer to win the United States Amateur is Chris Patton in 1989. Patton’s son will join Redman on the Clemson golf team this fall.

Redman and Smyth played an unusual match in that there were only three holes that were halved. Redman won eight holes, seven of them with pars. He had just one hole in which he scored under par for the second straight match, yet he moves on to the semifinals.

Each golfer had a pair of stretches in which they won consecutive holes. But, Redman had the only three-hole streak as he overcame a two-hole deficit after the 12th hole by winning the 13th, 14th and 15th holes.

Redman still had a one-up lead playing the 17th hole, which had been good to Redman all week. The native of Raleigh, NC had been four-under-par on the par five 17th, including an eagle that clinched his previous match.   But his second shot on 17 on Friday hit a tree and he made a par while Smyth made birdie to tie the match.

Both golfers hit drives right down the middle on the 18th hole. Both hit their 188-yard second shots over the green. But Smythe was in a tougher position directly behind the hole in longer rough and could not get up and down. Redman did get up and dow and won the match 1-up.

Redman’s semifinal match on Saturday will be televised on FS1 sports. The other semifinal match will feature Doug Ghim of Arlington Heights, Illinois and the University of Texas against Theo Humphrey of Greenwich, Conn., and Vanderbilt University.