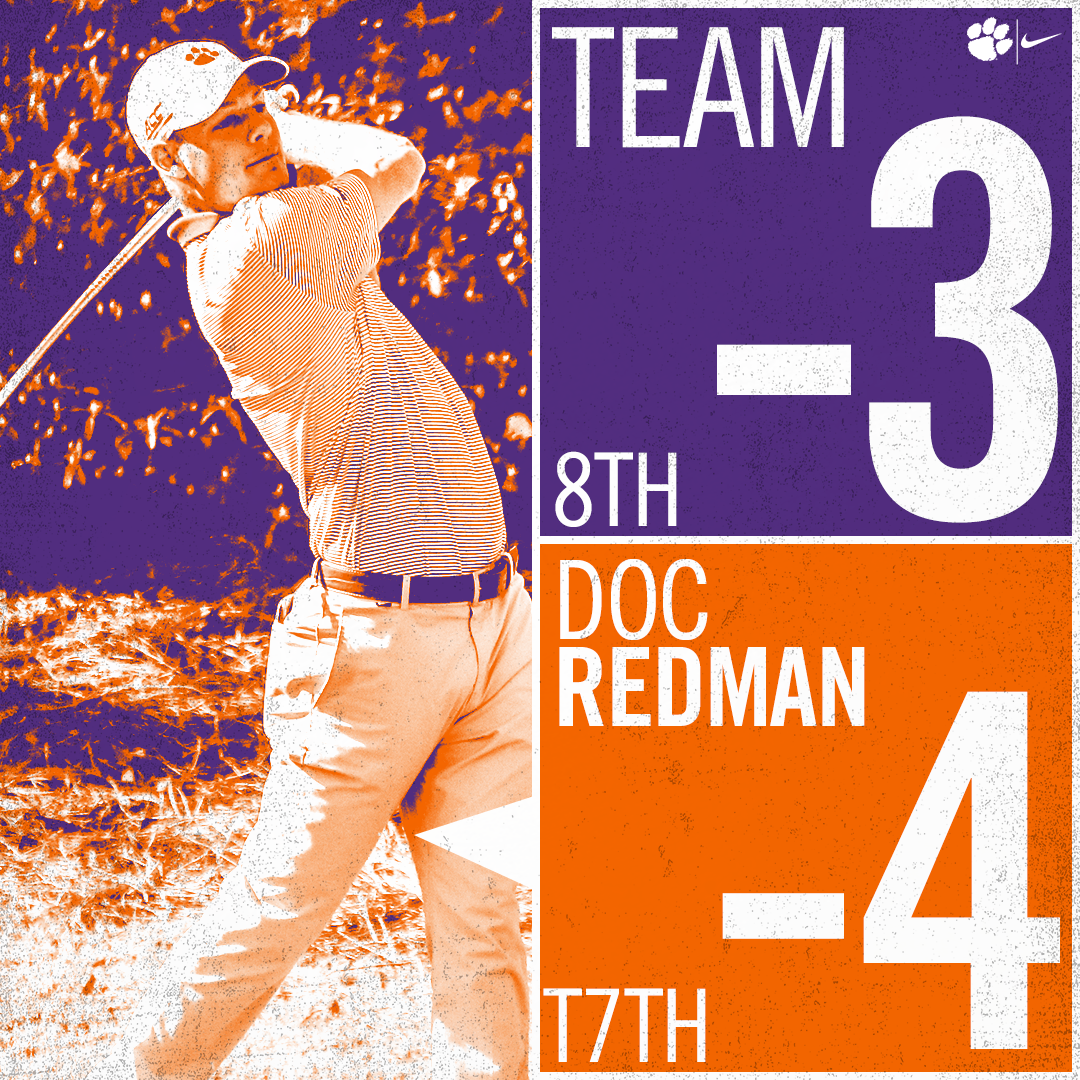 Clemson, S.C.—Doc Redman fired a four under par 67 to lead Clemson to a 281 team score and an eighth place standing after the first round of the NIKE Elite Invitational at Pumpkin Ridge Golf Club near Portland, Oregon.   The 15-team tournament features 10 of the top 20 teams in the nation and is regarded as the top men’s college tournament of the fall portion of the schedule.

Oklahoma leads the tournament after 18 holes with a 12 under par 272 score. Stanford is second at 274 and Vanderbilt is third at 276.   Duke is the top ACC team at 278, just three shots ahead of the Tigers. The tournament continues Monday and Tuesday with 18 holes each day.

Redman, the reigning US Amateur Champion, played the par four holes at four under par, the top performance of the 75 players in the field. On the par four 17th hole, Redman made his first eagle of the year when he jarred his second shot for 161 yards.   He had five birdies and the eagle in his best performance of the fall and stands in a tie for seventh place after 18 holes.

Bryson Nimmer also shot under par on Sunday with a 70.   The junior played the last nine holes at three under par 32, as he made a birdie on a par five, a par four and a par three. Nimmer is tied for 23rd after the first round.

William Nottingham was a third Tiger to shoot at par or better on Sunday. Like Redman, Nottingham also had an eagle in shooting nine hole scores of 36-35 and stands in 28th place. Clemson was the only team in the field to record two eagles.

Freshman Kyle Cottam shot a 73 and classmate Turn Pettit had a 74. Pettit had five birdies to tie Redman for team honors on Sunday.