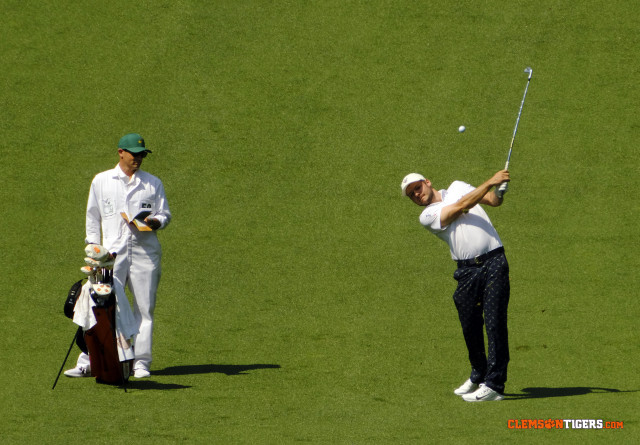 Clemson, S.C.—Clemson sophomore All-American Doc Redman finished 50th at the RBC Heritage on Sunday. He finished with a one over par 72 on Sunday to conclude the tournament at one under par 283 for the 72 holes.

Redman had consistent scores of 71-71-69-72 over the four days. He finished the 72 holes with 12 birdies, 11 bogeys and 49 pars. One of the highlights of his week was his work out of the sand. He converted 6 of 7 sand save opportunities, ninth best in the field of 77 golfers that made the cut.

Three former Tigers made the cut at the RBC Heritage. Lucas Glover finished 32nd at five under par 279, Jonathan Byrd finished 50th at 283 and Ben Martin finished 55th at 284. Martin had the best final round of the four Tigers at the event with a 69.

Redman returns to the Clemson team next weekend when the Tigers compete in the ACC Championship at The Old North State Club in New London, NC.