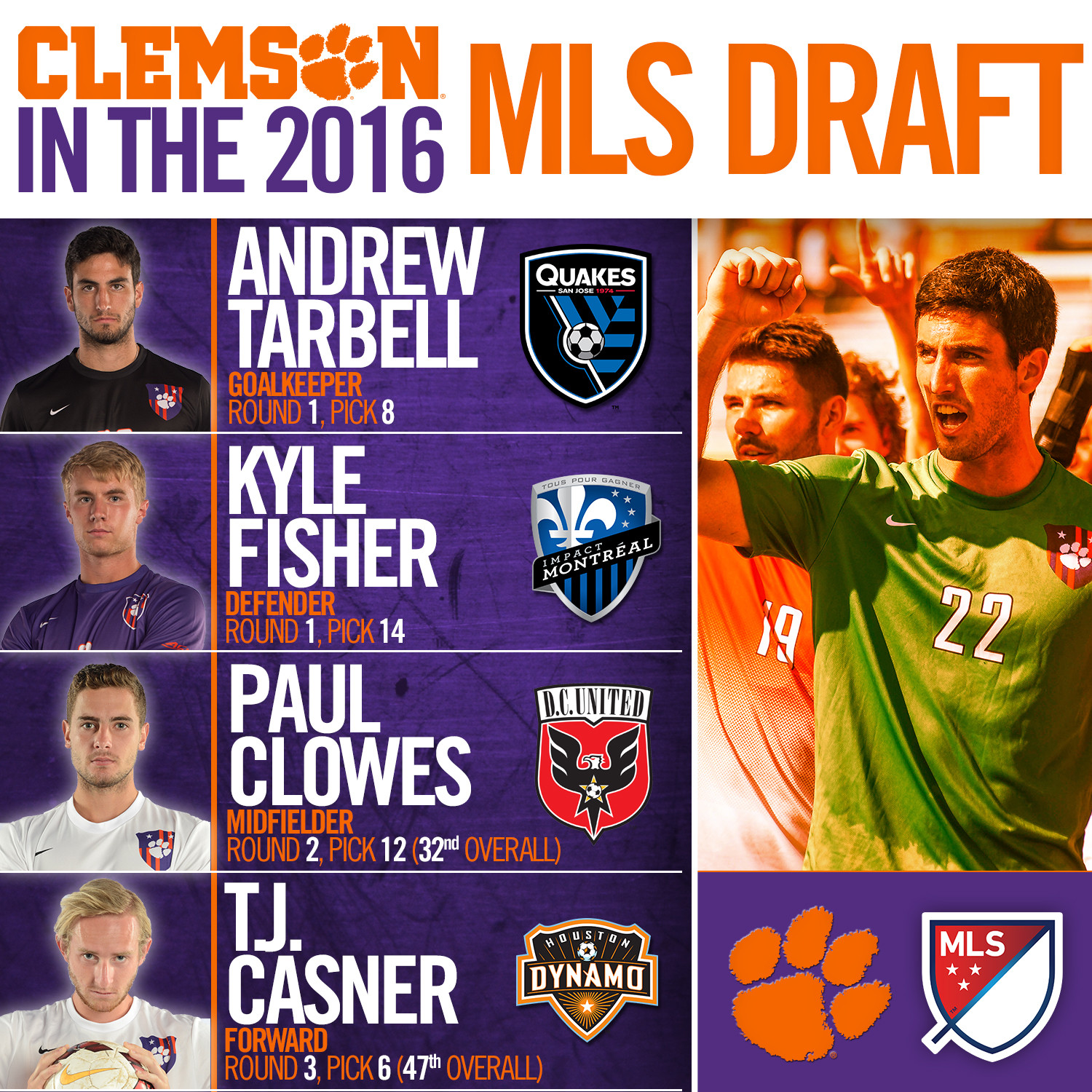 CLEMSON, S.C. – T.J. Casner, a forward from Irvine, Calif., was the sixth selection in the third round (47th overall) in the MLS SuperDraft on Tuesday, Jan. 19 by the Houston Dynamo. Casner joins Andrew Tarbell, Kyle Fisher and Paul Clowes, who were chosen in the first two rounds of the draft last week. The four Clemson players selected were tied for the most draft picks from any school in the 2016 draft. It is also the first time in Clemson history that the program has had four players taken in the MLS draft.

Tarbell was the first Tiger taken in the draft, as the eighth pick in the first round by the San Jose Earthquakes. When he was selected eighth overall, Tarbell became Clemson’s second-highest pick all-time in the MLS draft, as only Mark Lisi, the third pick in the 2001 draft, was a higher selection. Two weeks ago, the goalkeeper from Mandeville, La. also became just the second Clemson player in history to sign a Generation adidas contract with the MLS.

Fisher, a defender from Easley, S.C., was the 14th pick in the first round by the Montreal Impact and Clowes, a holding midfielder from Cheshire, U.K., was the 12th pick in the second round (32nd overall), also coming off the board on the first day of the draft.

With the four players selected, Clemson was one of just three schools to tie for the most draft picks from a single school in the 2016 draft, joining Creighton and Georgetown. The Tigers also had the most 2016 draft picks of any ACC program, with North Carolina coming in second in the conference with three selections.