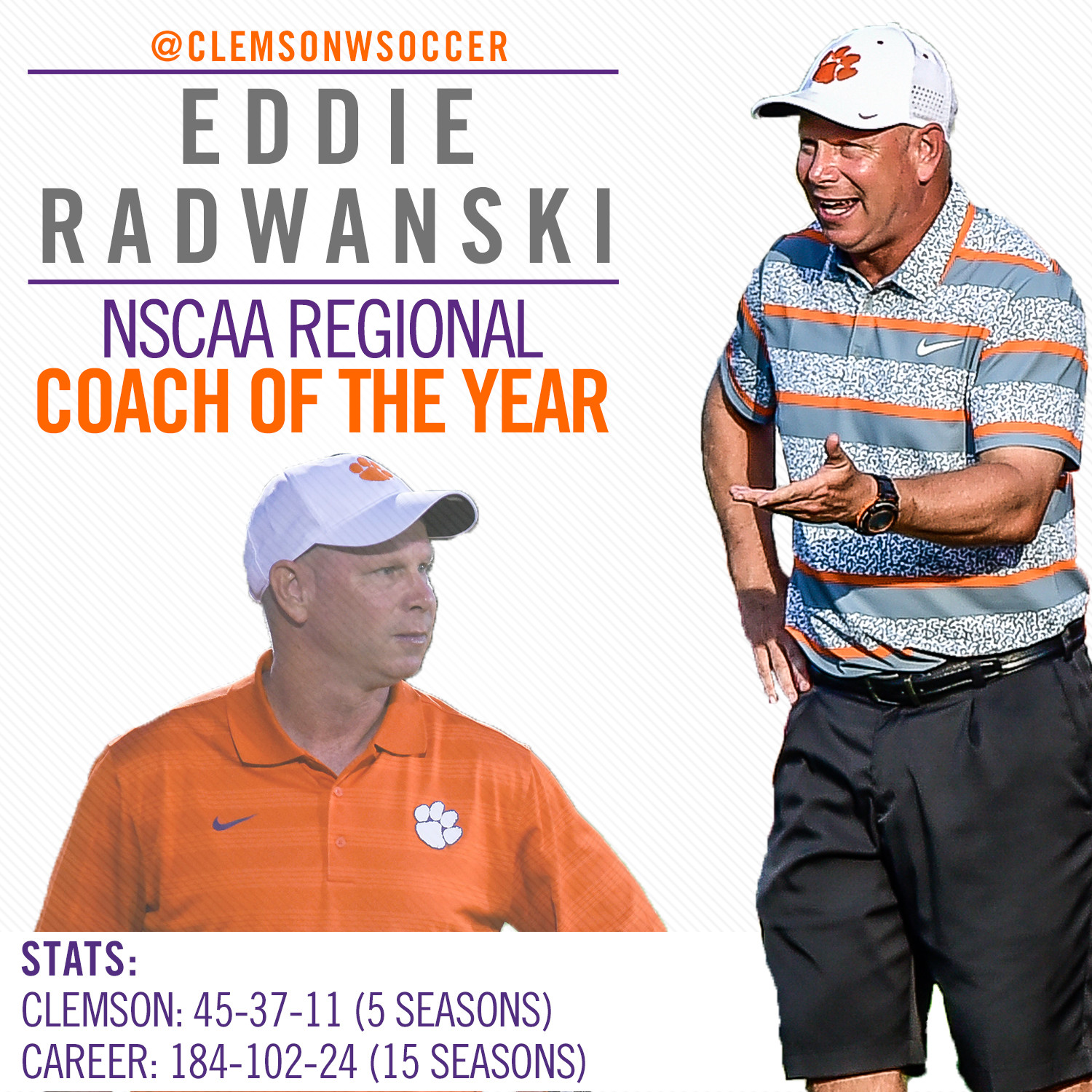 CLEMSON, S.C. – Head coach Eddie Radwanski was named the NSCAA Southeast Regional Coach of the Year as announced by the NSCAA on Monday. Radwanski’s team finished the 2015 season with a 14-4-2 record and qualified for both the ACC and NCAA Tournaments.

The Tigers finished the regular season with a 7-3-0 record in the ACC, enough to finish tied for second in the conference, the best finish since 2002, and earn a spot in the ACC Tournament for the first time since 2007.

Clemson finished the 2015 season with 14 wins, the most since 2002 and advanced to the round of 32 in the NCAA Tournament for just the ninth time in school history and first since 2007.