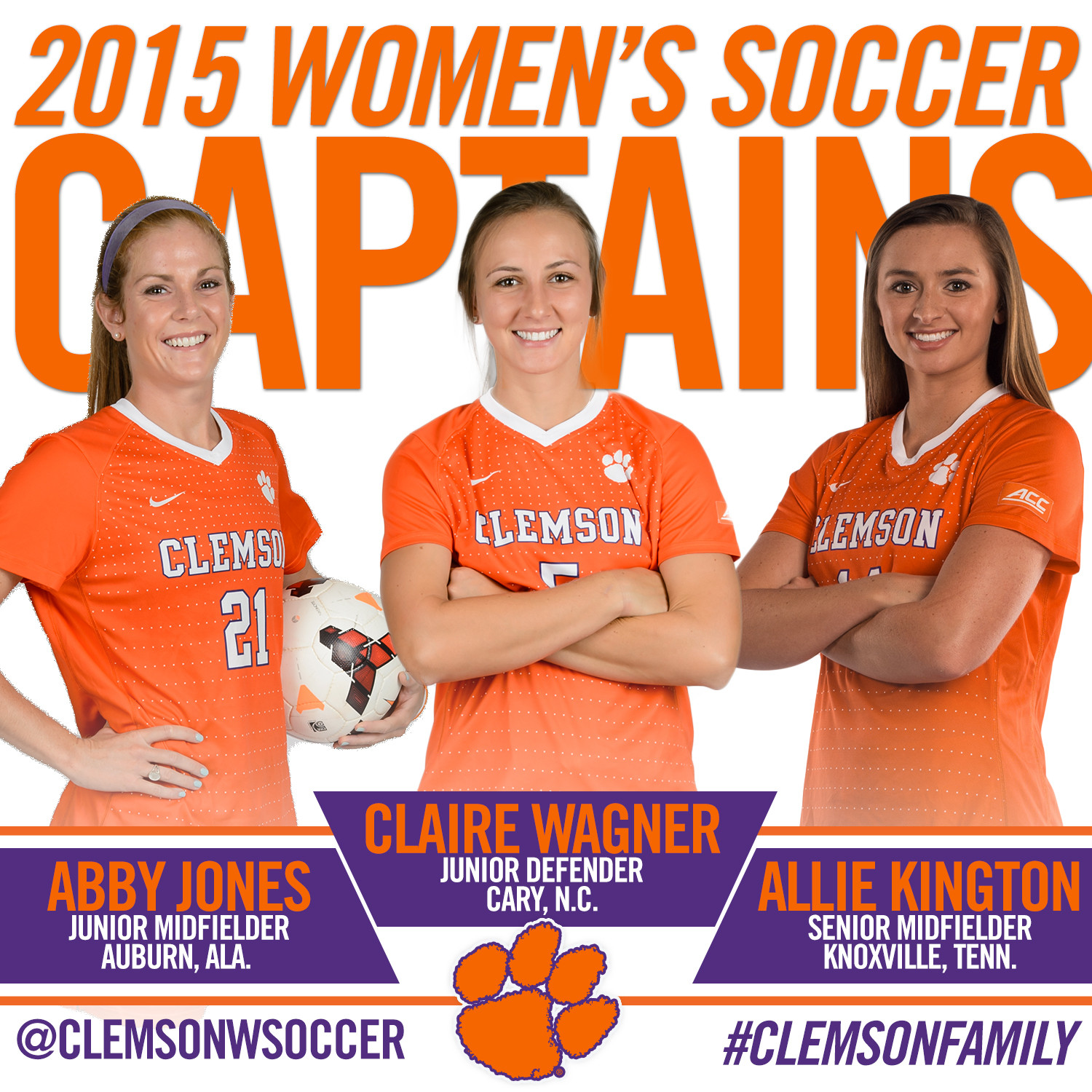 Kington, a midfielder from Knoxville, Tenn., was a vice captain during the 2014 season. She played in all 19 games for the Tigers in the midfield last season and has seen action in 44 games in her Clemson career.

Wagner, a Cary, N.C. native, has played and started in 37 games in her career including 18 games last season.  Jones, a product of Auburn, Ala., has played in 35 games in her first two seasons at Clemson and has started 25 of those games.