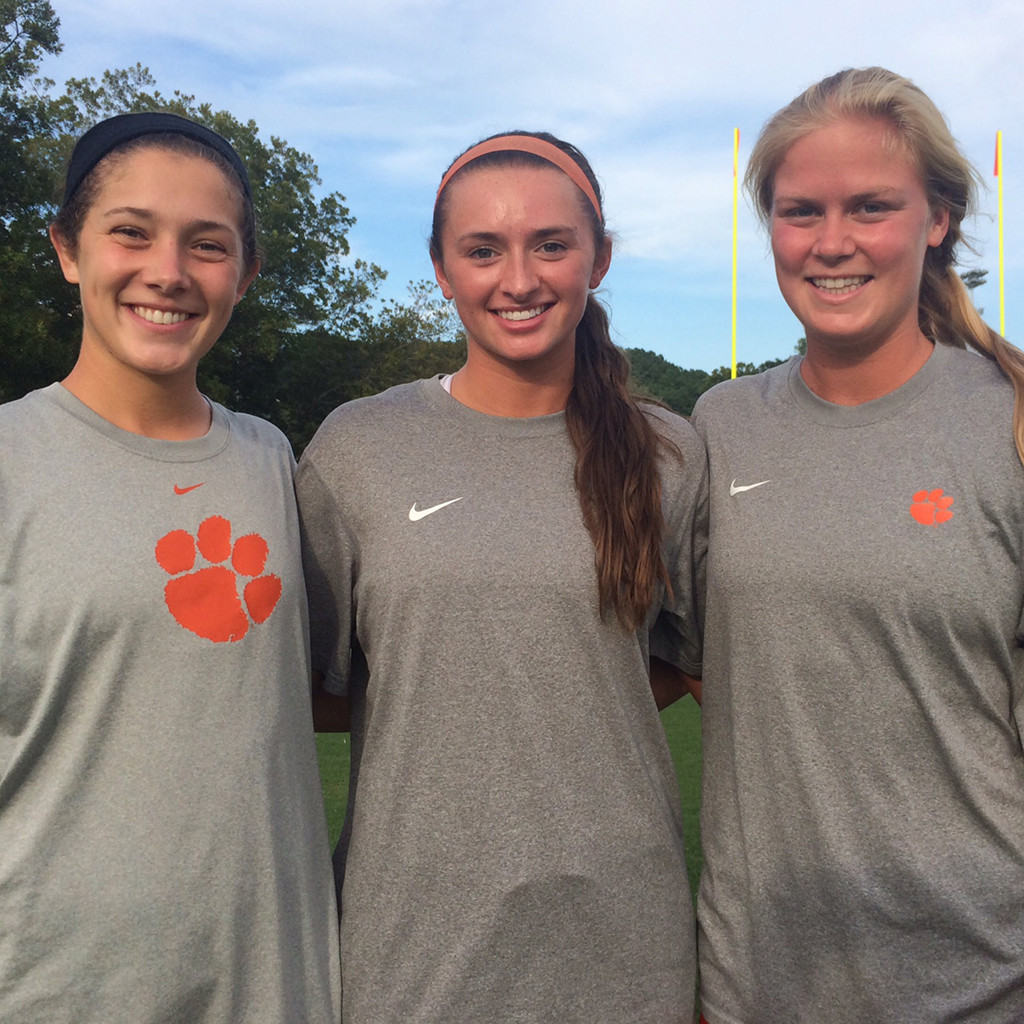 CLEMSON, S.C. – Seniors Katelyn Reeve and Savannah Coiner and junior Allie Kington have been named captains of the Clemson women’s soccer team for the 2014 season. Head Coach Eddie Radwanski made the announcement Monday.

Reeve is the team’s head captain, while Coiner and Kington serve as vice captains. The three players were selected by a vote of their teammates.

Reeve, a product of Cary, N.C., is serving as captain for the second-straight season, as she was also chosen to help lead the team as a junior in 2013. She started all 19 games for the Tigers in the midfield last season, and has started 45 of her last 48 career games since earning a starting role midway through her freshman season in 2011.

Coiner, a native of Rocklin, Calif. played in and started 17 games in 2013, and anchored the Clemson back line, playing in 49 games and starting 48, for the past three years. Kington, a midfielder from Knoxville, Tenn., saw action in 25 games her first two seasons with the Tigers.

Reeve, Coiner, Kington and the rest of the Tigers open the 2014 regular season this Friday, Aug. 23 at 7 p.m. against Auburn at Historic Riggs Field. Admission is free to all Clemson women’s soccer regular season home games.