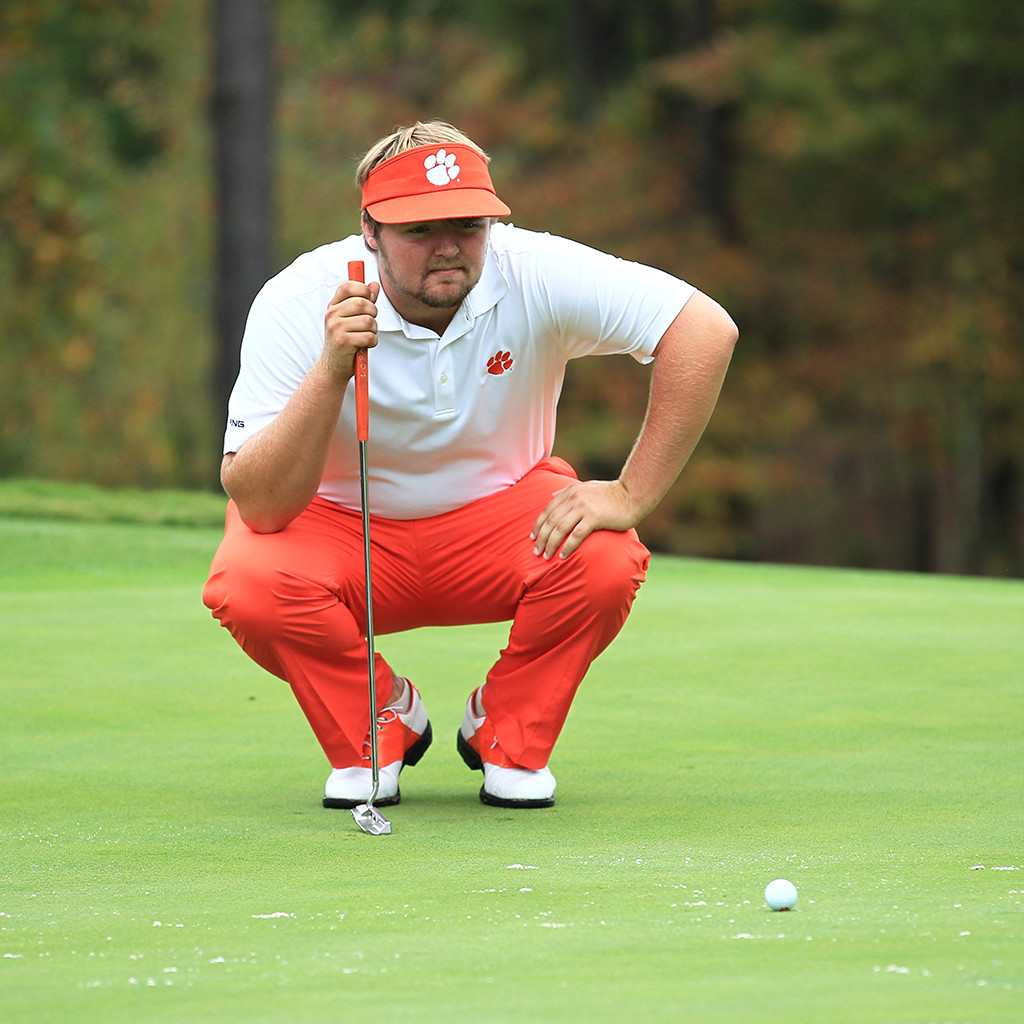 Clemson, S.C.—Cody Proveaux fired a two under par 68 to lead Clemson to a second place finish out of 18  teams at the Cleveland Golf Palmetto Invitational on Tuesday.  The Tigers finished with an 826 total, 14 under on the par 70 Palmetto Country Club Course in Aiken, S.C.

Clemson finished just one shot behind eighth ranked South Carolina, who had an 825 score.  Clemson and South Carolina both had rounds of 279 on Monday, but the Gamecocks won by one shot.   Clemson had shot a 15 under par 265 on Monday, the lowest round in Clemson history.

Proveaux had rounds of 71-63-68 for the 54 holes.  His 63 in the second round tied the Clemson record for low 18-hole score.  He had another fine day on Tuesday as he played the back nine in three under par.  His 202 score tied for the fourth lowest in Clemson history for 54 holes.  He played the par five holes at six under par, tied for the best in the 90-player field.

The junior from Leesville, S.C. finished second to Will Starke of South Carolina, who had a 201 total for the 54 holes.

Austin Langdale, the defending champion of this tournament, shot a 73 I nthe final round and finished at 219 for the 54 holes.