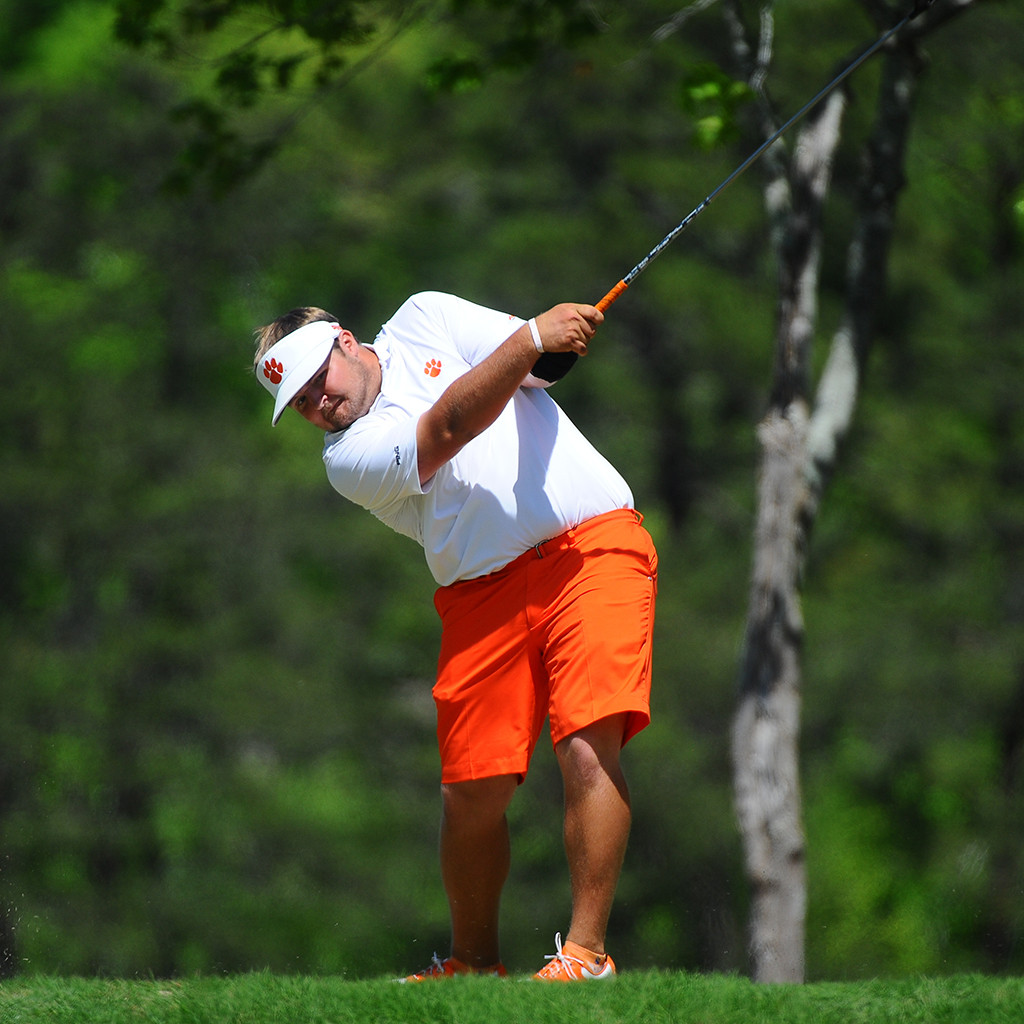 Clemson, S.C.—Cody Proveaux fired a four-under-par 68 to lead Clemson to a 283 team score and a fourth-place standing after the first round of the  Puerto Rico Classic at Rio Mar Country Club in El Grande, Puerto Rico.  The 15-team field that includes seven of the top 20 teams in the nation will continue play on Monday and finish the 54-hole event on Sunday.

Proveaux was one of three Tigers to play the par 72 course in under par.  Carson Young and Miller Capps were both one-under-par for the day.

Alabama leads the tournament with a 276 score after the first round.  North Carolina is second at 278, while Oklahoma is third at 281. Clemson is fourth at 283, one shot ahead of Georgia.  Kentucky is sixth at 285 and Georgia Tech and Purdue are tied for seventh at 286.

Proveaux played his best round of golf since March 10, 2015 when he shot a final round 68 at the Palmetto Classic.  The senior played the front nine in one-under-par and the back nine in three-under.  He made a birdie on the 14th hole, then made an eagle on the 15th.  It was Proveaux’s 13th career eagle and he is now tied for fourth on the Clemson all-time list with Ben Martin and John Engler.

Proveaux is one shot behind Jonathan Hardee of Alabama, who had an opening round 67.  For the day, Proveaux had an eagle, a double bogey, five birdies and one bogey.    It was the 12th round in the 60s in his Clemson career.

Capps had opening round 71 thanks to three birdies and two bogeys.  The native of Denver, N.C. was co-medalist at the 2014 event and is now 17 under par at the Rio Mar River Course for seven career rounds.   It was his 38th under par round as a Tiger.

Capps is in a tie for 17th individually with teammate Carson Young, who also had three birdies and two bogeys.   It was the fifth under par round for Young in his last three tournaments.

Stephen Behr had an opening round 73.  Clemson’s top player so far this year made bogey on three of the first four holes, but played the last 14 holes in one under par.  Austin Langdale had a wild round with four birdies and six bogeys for a round of 74.