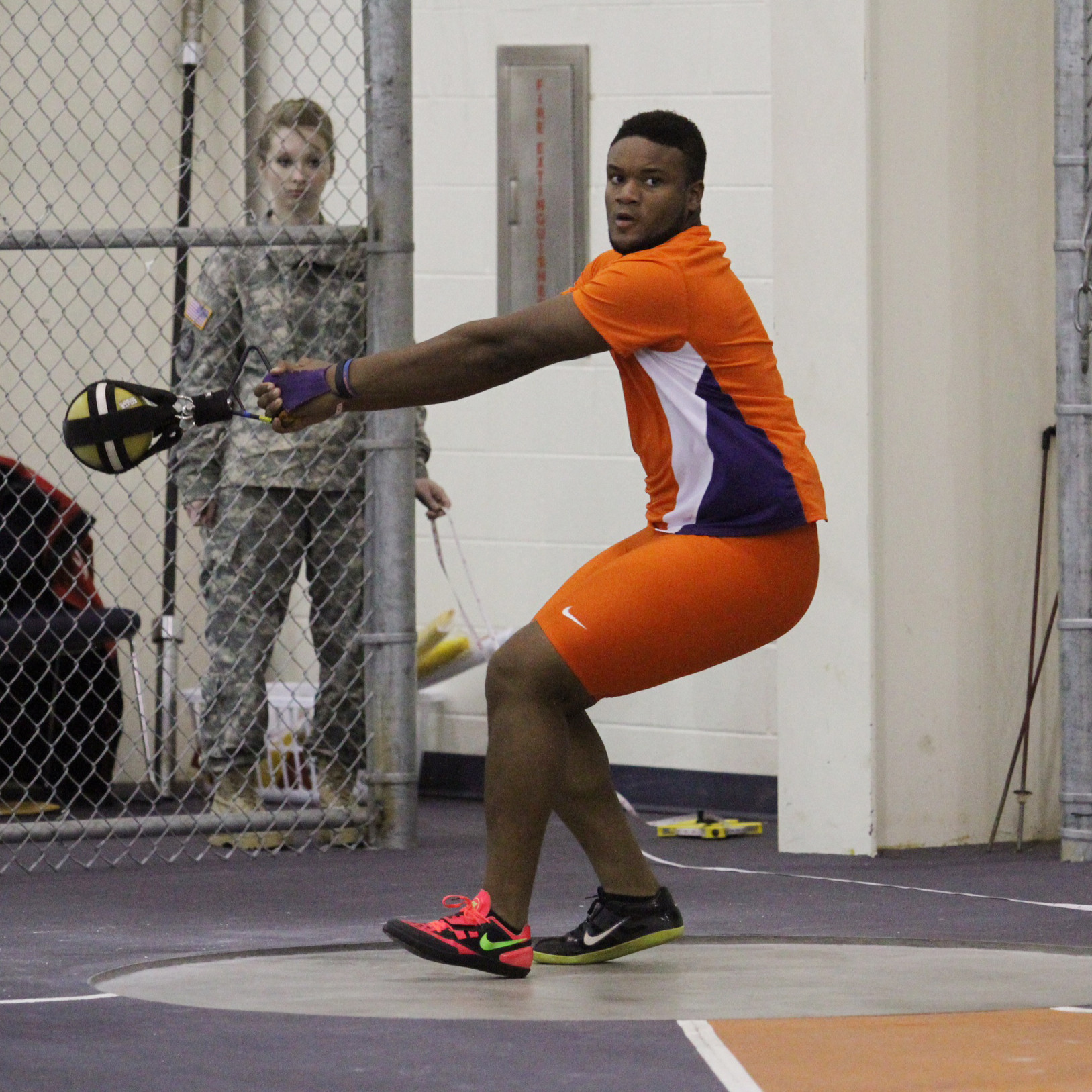 Plummer Leads Clemson on Day One

CLEMSON, S.C. — James Plummer won the men’s weight throw and Clemson captured both titles in the distance medley relay Friday to highlight the first day of action at the Bob Pollock Invitational.

Plummer posted a mark of 57-9, outlasting Geno Porter of The Citadel by eight inches. Plummer was one of three Tigers in the top six, joined by Jordan Pickerel (3rd, 54-11.25) and Reed Shindell (6th, 50-3.25). Danielle Borriello was seventh in the women’s weight competition.

Harrison Hix collected a win in the men’s pole vault. The freshman from Easley, S.C., cleared the bar at 15-1.5 on his first attempt, while runner-up Richard Fish of South Carolina did it on his second.

The women’s distance medley relay team of Molly Sullivan, Brianna Blanton, Grace Barnett and Madison Huffman combined to a winning time of 12:11.61. The men followed suit, coasting to a time of 10:24.05. The men’s group was composed of Cameron Thornton, Jorel Bellafonte, Jack Andritsch and Aaron Gambrell.

The action continues Saturday with a heavy dose of athletes competing from both Clemson’s men and women’s squads.