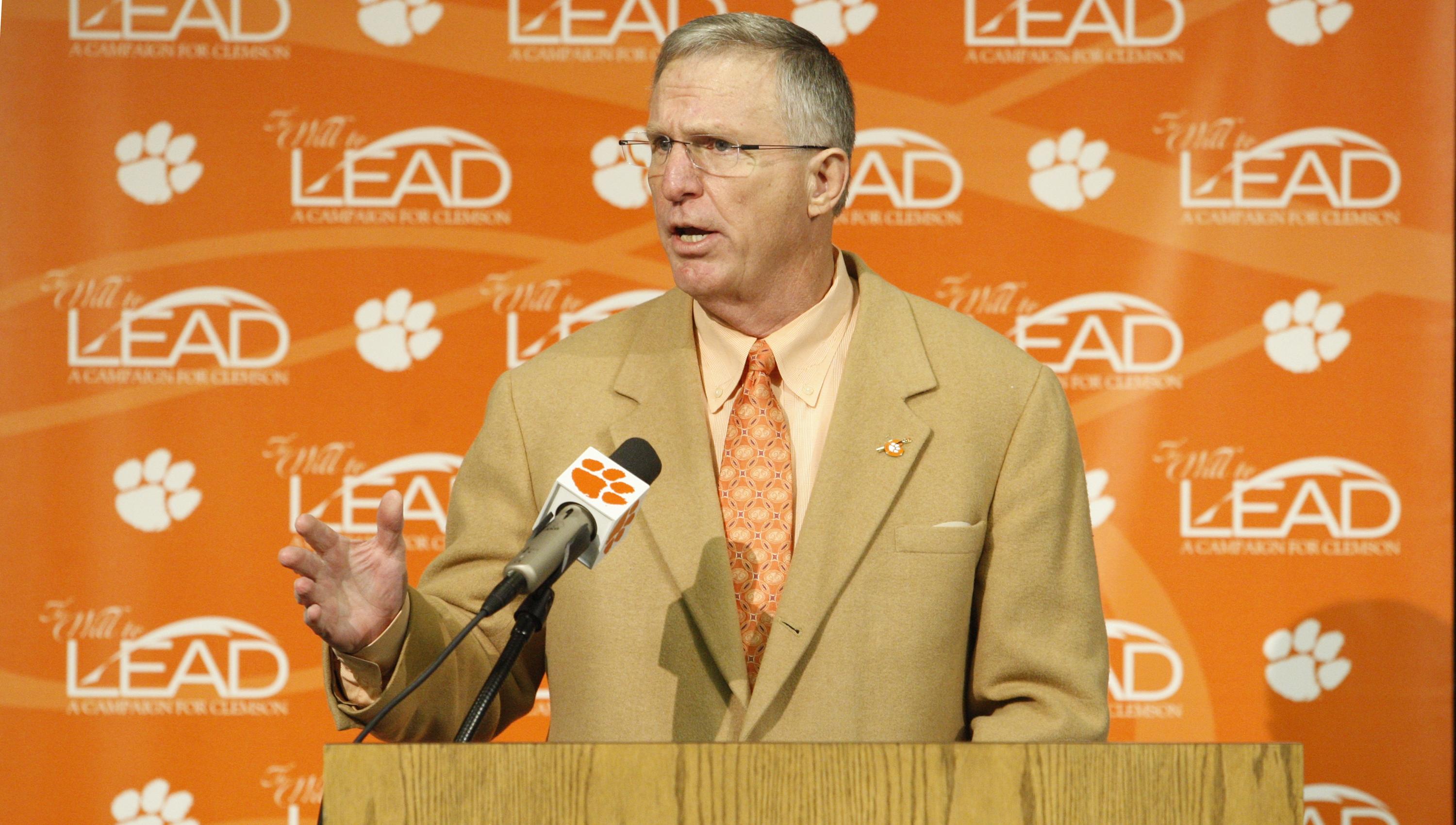 ATLANTA, GA – The Chick-fil-A Bowl today named the five men it will honor with induction into the Bowl’s Hall of Fame for 2012.Making up this year’s class is corporate contributor Ron Allen, former Tennessee head coach Phillip Fulmer, former executive director Robert Dale Morgan, retired Clemson athletic director Terry Don Phillips and former Georgia lineman Matt Stinchcomb.Honorees will be inducted in an on-field ceremony prior to the Dec. 31 Chick-fil-A Bowl featuring No. 8 LSU against No. 14 Clemson. The game will be nationally televised by ESPN at 7:30 pm ET.”Throughout our 45-year history, we’ve been fortunate to host in our game some of the most accomplished players, coaches and administrators in all of college sports and this inductee class is a perfect example of that,” said Gary Stokan, Chick-fil-A Bowl president and CEO. “This year’s group is a cross-section of what is great about college sports and how to play it, coach it and manage it in a first-class manner.”A long-time believer in the Bowl, former President and Chief Operating Officer of Delta Air Lines Ron Allen headed a task force in 1986 to help grow the presence of the Bowl as an affiliate of the Metro Atlanta Chamber of Commerce. Along with his work for the task force, Allen also led Delta to become the Bowl’s first corporate sponsor in 1986 – helping to secure the Bowl’s financial stability for future success. Allen currently serves as Chairman, President and CEO of Atlanta-based Aaron’s, Inc.Phillip Fulmer coached at Tennessee for 17 years and became one of the winningest head coaches in school history. During his tenure, Fulmer compiled a 152-52 record and ranks fifth in all-time SEC victories with 98. In 1998, he led the Volunteers to a 13-0 season and National Championship title while being named National Coach of the Year. Under his leadership, the Volunteers went to 15 Bowl games, including 13 straight from 1992-2004. Tennessee appeared in the Chick-fil-A Peach Bowl in back-to-back seasons facing Maryland in 2002 and Clemson in 2003. Fulmer was also inducted into the College Football Hall of Fame this year. A leader and visionary, Robert Dale Morgan was named executive director of the Peach Bowl in 1988. Under Morgan’s leadership, the Bowl experienced tremendous growth and prosperity while successfully managing a move into the Georgia Dome, securing an exclusive television rights contract with ESPN, and linking the Bowl’s conference tie-ins to the Atlantic Coast and Southeastern conferences. In 1996, Morgan also worked to secure Chick-fil-A as the Bowl’s first and only title sponsor. In addition, Morgan was instrumental in the planning of the 1994 Super Bowl and 1996 Centennial Olympic Games as executive director of the Atlanta Sports Council. Morgan passed away January 29, 2012 and is survived by his parents. After more than 40 years working in college athletics, Terry Don Phillips retired as the Clemson athletic director in November 2012. In his 10 years at the helm, many of Clemson’s sports have competed for ACC and national titles while also setting a university record for collective GPA in the 2011-12 academic year. Phillips also focused on improving the athletic facilities of every sport, including the WestZone project at Memorial Stadium. Clemson appeared in the Chick-fil-A Bowl twice during Phillips’ time as athletic director. The Tigers defeated Tennessee in the 2003 Chick-fil-A Peach Bowl and fell to Auburn in the game’s only overtime matchup in history in 2007. Phillips was also instrumental in Clemson’s involvement in the 2008 and 2012 Chick-fil-A Kickoff Games.One of the most distinguished players in Georgia history, Matt Stinchcomb played in the Peach Bowl as both a freshman and a senior. As a freshman in 1995, the Bulldogs lost to Virginia, 34-27. However, in Stinchcomb’s senior season, Georgia defeated the Cavaliers in a rematch, winning 35-33. Stinchcomb lettered in each of his four seasons as a Bulldog and started 32 consecutive games while being named team captain his senior year. He was named an All-American in his junior and senior seasons. In addition, Stinchcomb was named the 1998 Academic All-American of the Year. Matt was drafted in 1999 and played seven seasons in the NFL with the Oakland Raiders and Tampa Bay Buccaneers.Established in 2002, the Chick-fil-A Bowl Hall of Fame honors former players, coaches and contributors, as well as staff and volunteers, who have had a significant impact on the Bowl. There are now 36 current members, including players such as Mike Singletary, Reggie White and Jim Kelly, and coaches including Bobby Dodd, Vince Dooley and Lou Holtz.