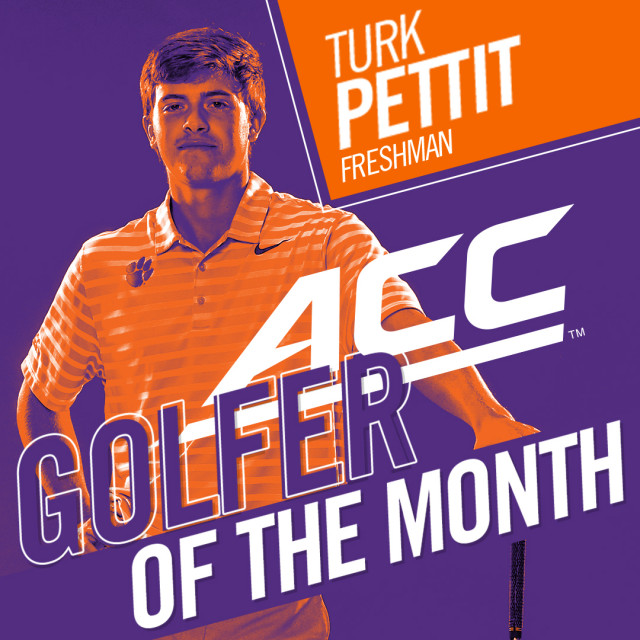 CLEMSON, S.C. – Freshman Turk Pettit has earned the honor of ACC Men’s Golfer of the Month for February, as announced by the conference office on Thursday.

Pettit powered Clemson’s come-from-behind victory at the Puerto Rico Classic in late February, firing rounds of 69-69-70 for a 208 and runner-up performance as the Tigers overcame an eight-shot deficit in the final round and won the event by one stroke.

The freshman from Auburn, Alabama led the field at the Puerto Rico Classic, which included 15 of the top 100 players in the nation according to Golfstat, in par-four scoring at -4 for the 54 holes and was third in pars with 37. He tied for the Clemson team lead in birdies with 11.

Pettit and the Tigers, who are ranked as high as No. 14 by Golfweek, are set to return to action this weekend at the Bandon Dunes Championship in Bandon, Oregon. The event runs from Sunday, March 11 to Tuesday, March 13.