CLEMSON, S.C. – Cammy Pereira hit a two-out walk off RBI single in the bottom of the seventh inning to score Ansley Houston to propel the No. 16/16 Clemson softball team to a rubber match victory over No. 23/25 Notre Dame, 2-1. The Tigers won the opening game of the series on Thursday and today’s game to improve to 33-11 overall (11-7 ACC), while Notre Dame falls to 31-9 overall (10-5 ACC).

The Fighting Irish jumped ahead in the first inning when a runner scored off a wild pitch. Notre Dame went on to load the bases, but the Clemson defense held strong and got out of the jam to make it 1-0 in favor of the Fighting Irish after one.

The Tigers were able to even things back up in the bottom of the second inning. Marissa Guimbarda, who was pinch run for by Maddie Moore, started things with a single into right field. Sam Russ followed with a single of her own up the middle to put two on with no outs. Alia Logoleo hit a fly out to right field that advanced Moore to third. On the first pitch of the next at bat, Russ stole her 22nd base of the year and 125th of her career to put two in scoring position. Freshman Aby Vieira tallied a sac fly to center field to bring Moore home and make it 1-1 after two.

Both Notre Dame and Clemson made a strong push to score again in the fourth inning that started with Notre Dame loading the bases. Clemson’s defense made some smart plays to get out of the inning unscarred. The Tigers looked to strike in the bottom half of the inning after Valerie Cagle and Guimbarda got on off a double and hit by pitch, respectively, but neither was able to advance home to leave the score tied, one-all.

In the bottom of the seventh, Vieira led off with a hard-hit single to Notre Dame’s third baseman. Ansley Houston came in to run for her and advanced to second as Arielle Oda hit a hard chopper back to the pitcher that ruled Oda out at first. Pereira battled through a tough at bat, fouling off three pitches, before she connected with one that dropped about two feet into fair territory in left field to bring home Houston from second and give the Tigers the 2-1 win.

Cagle got the start in the circle for the Tigers and pitched 4.1 innings. She picked up one strikeout, the 500th of her career, and tallied 72 pitches while only giving up one walk. Sophomore Regan Spencer pitched the final 2.2 innings facing 11 batters on her way to earning her sixth win of the season.

The Tigers hit the road for a three-game series in Tallahassee, Fla. next week against Florida State. Action is slated to begin on Thursday, April 21 at 8 p.m. on ESPN2. 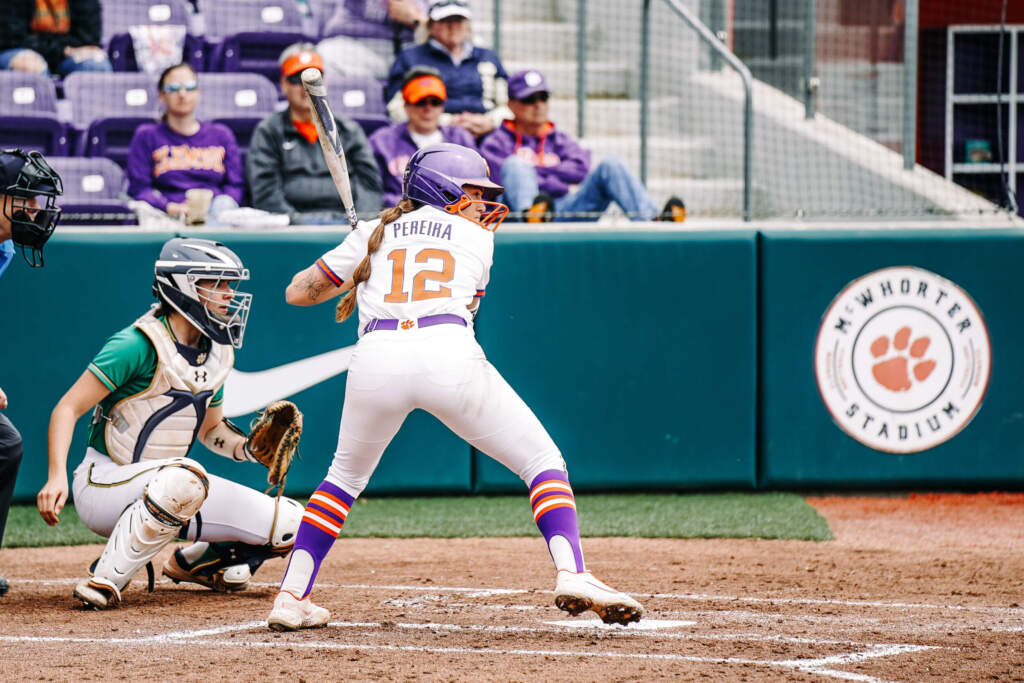 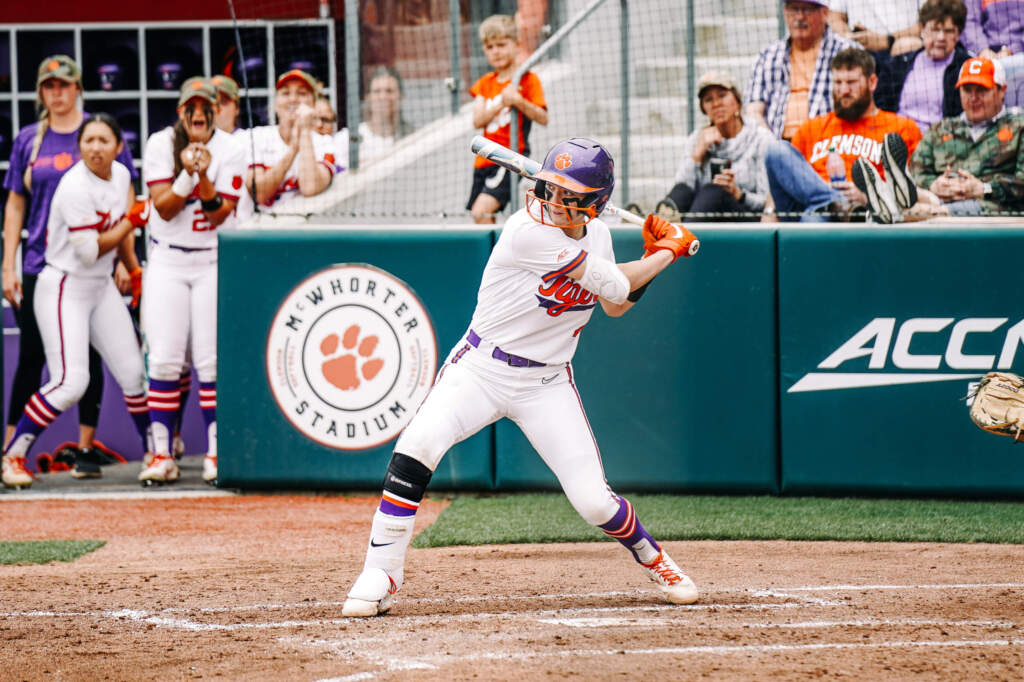 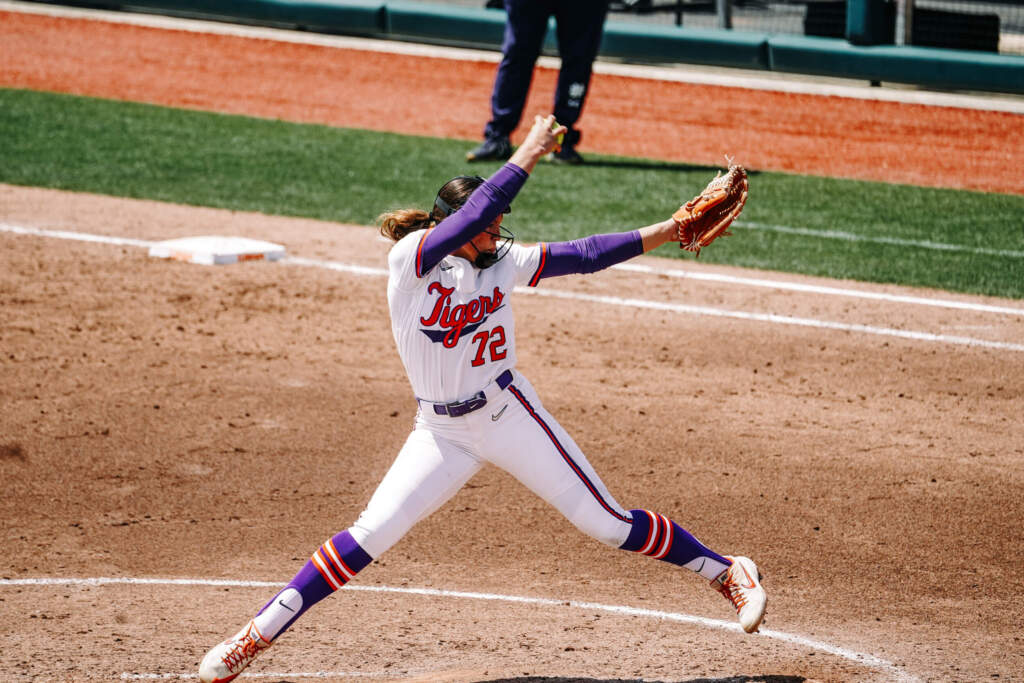 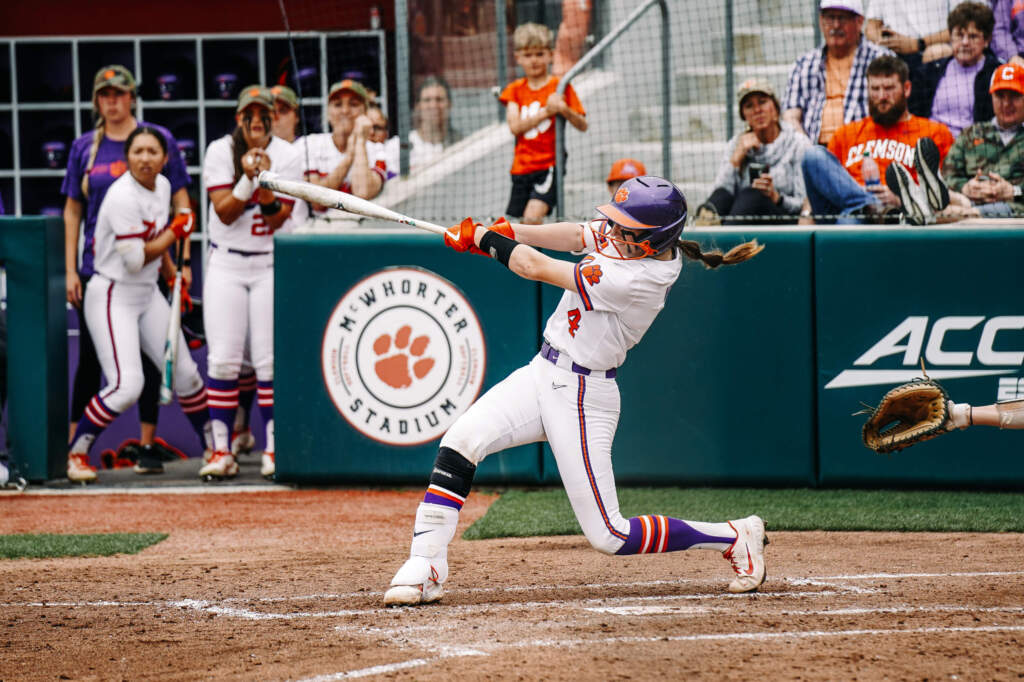 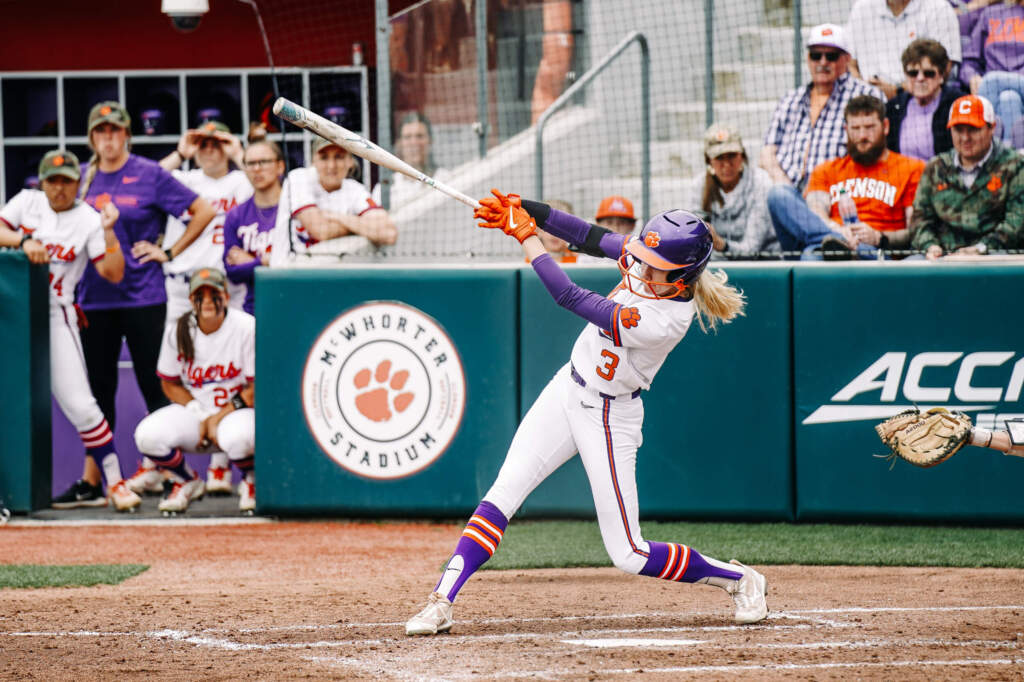 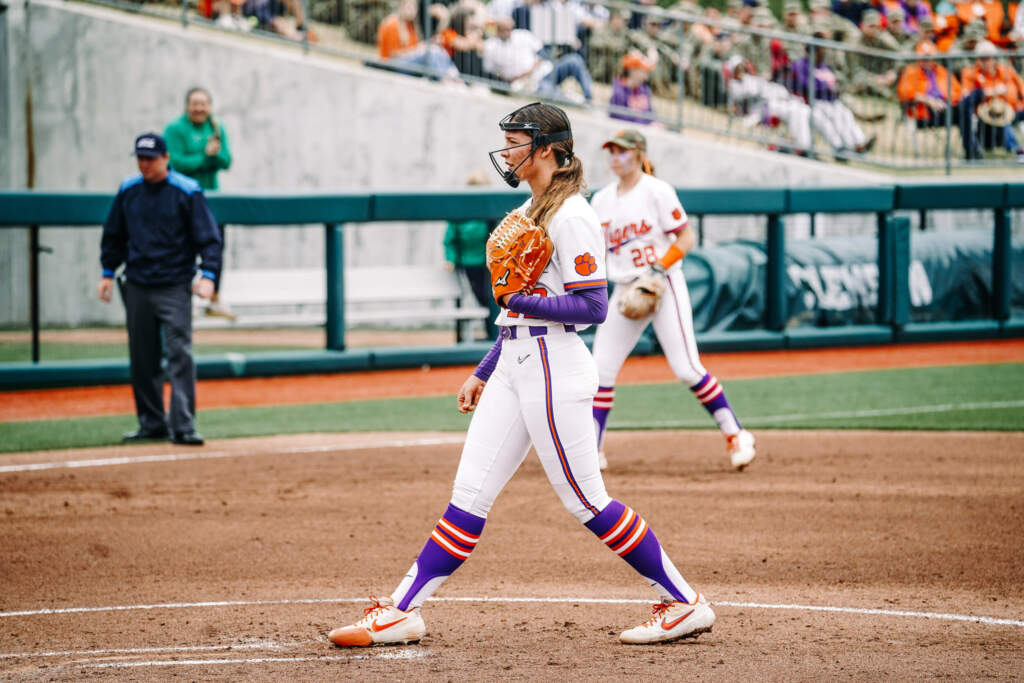 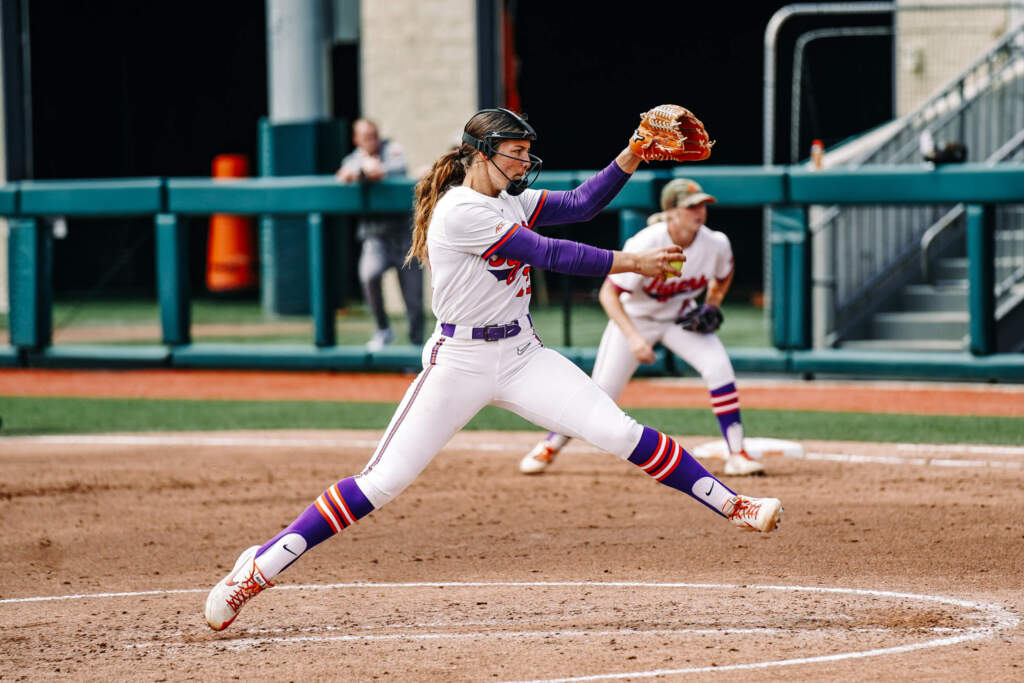 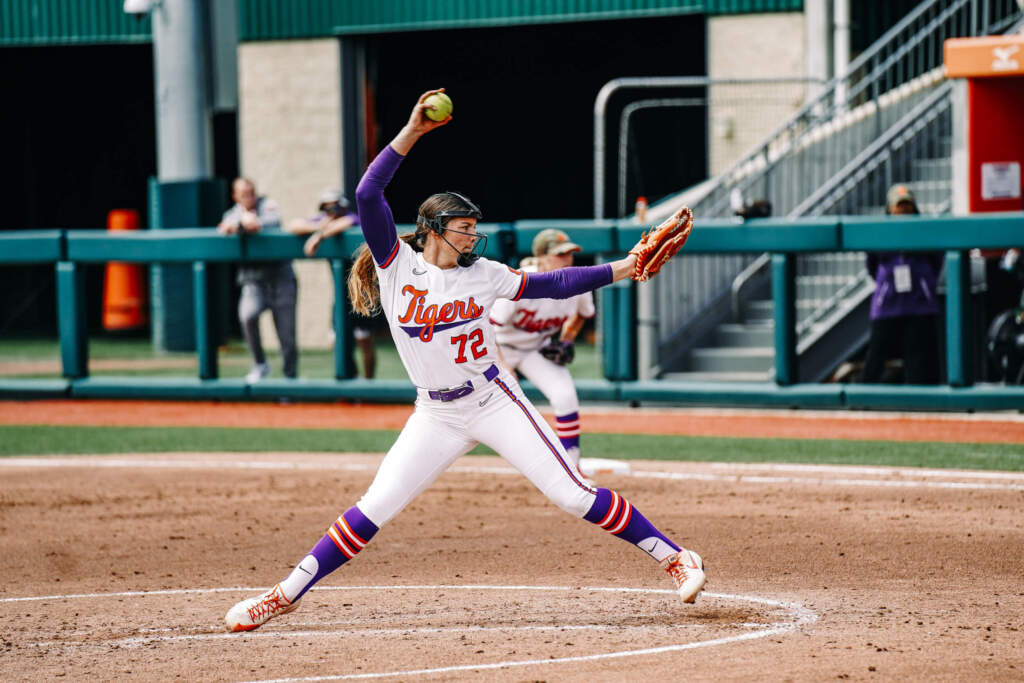 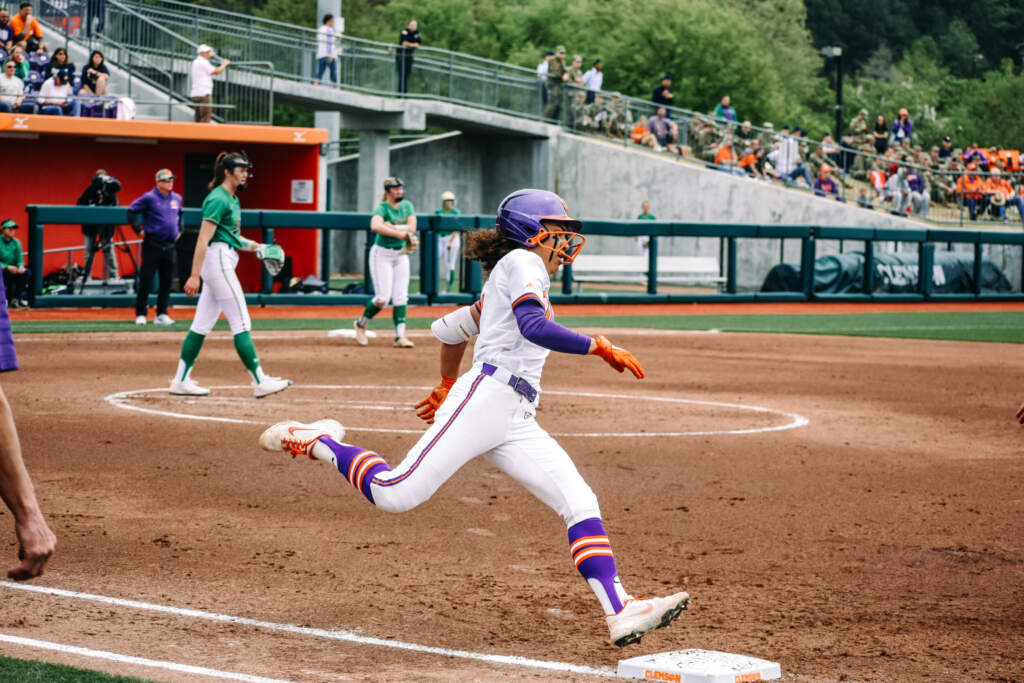 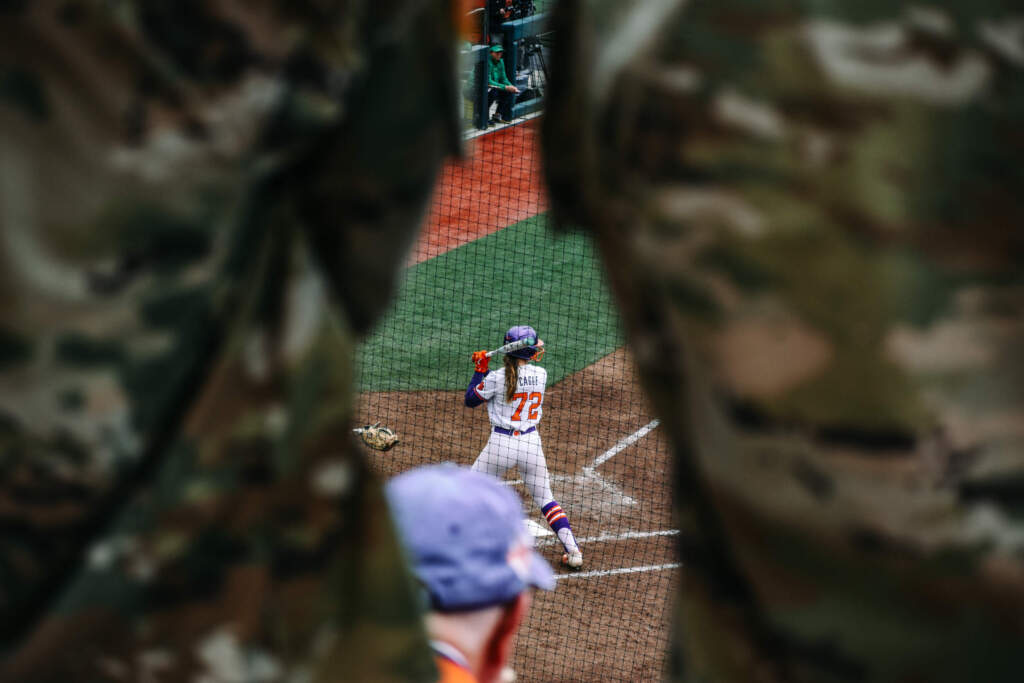