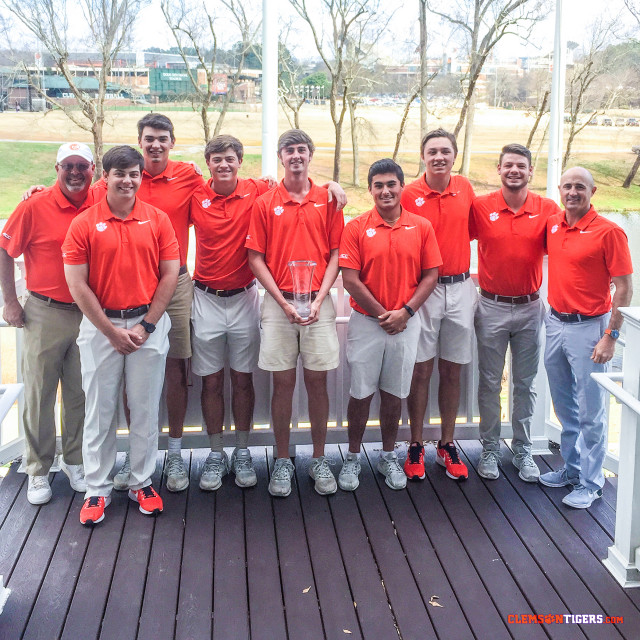 One of my favorite statistics about Frank Howard’s greatness as Clemson’s head coach from 1940-69 concerns the percentage of games he played at home. In his 30 years, his Tigers played at home just 38 percent of the time. Yet, he won 165 games, a mark that Dabo Swinney is approaching, but he still has 64 wins to go to catch the fellow Alabama graduate.

Howard was head coach and athletic director, so balancing the budget was important. Howard played Georgia Tech 14 times, and every game was played in Atlanta. He was 2-12 in those games, but Bobby Dodd’s Yellow Jackets paid Clemson a nice guarantee each year.

In 1966, when Clemson won the ACC title, the Tigers played just four home games. Their road schedule included games at No. 9 Georgia Tech, No. 4 Alabama and No. 5 Southern California.

Clemson men’s golf coach Larry Penley does not have the budget worries that Howard had, but he has reached a similar achievement. Like Howard is in football, Penley is the winningest golf coach in Tiger history.

Penley won his 75th career golf tournament on Feb. 20, when the Tigers came from eight shots back entering the final round to win by one shot over a top-10 Oklahoma team. Just as Howard did in 1966, Penley played the tournament against three top-10 teams, including Georgia Tech and Alabama. The only difference was Penley beat those teams and 11 others.

Just like Howard, Penley has become the winningest coach in his sport at Clemson by playing the majority of his events on the road. In fact, Penley’s 75 victories include just two with Clemson as the host school playing on what could be considered a Tiger home course. Those two wins have taken place the last two years at The Cliffs at Keowee Falls. The other 73 wins have taken place on the road.

Of course, Penley’s greatest victory took place at the 2003 NCAA Tournament in Stillwater, Okla., where the Tigers won by two shots over host Oklahoma State. That was an amazing accomplishment considering the Cowboys had a team with three future PGA Tour players, and it was played at Karsten Creek Golf Club, which was literally “set up” to give the Cowboys an advantage.

In addition to the NCAA title in 2003, Penley’s Tigers have won seven NCAA regionals, more than any other coach in history. The Tigers have won nine ACC Tournaments as well, including the 2016 event by 11 shots.

A further look inside Penley’s career shows that his teams have been able to win on different types of courses, hard or easy, long or short. His teams have won with a score below par 35 times, and with a score over par 39 times. Once, Clemson has won with an even-par score.

The Tigers have won tournaments in 15 different states, Puerto Rico and Japan over the last 35 years.

So, congratulations Larry Penley on win No. 75. We are sure the spirit of Frank Howard is giving you a tip of his top hat.