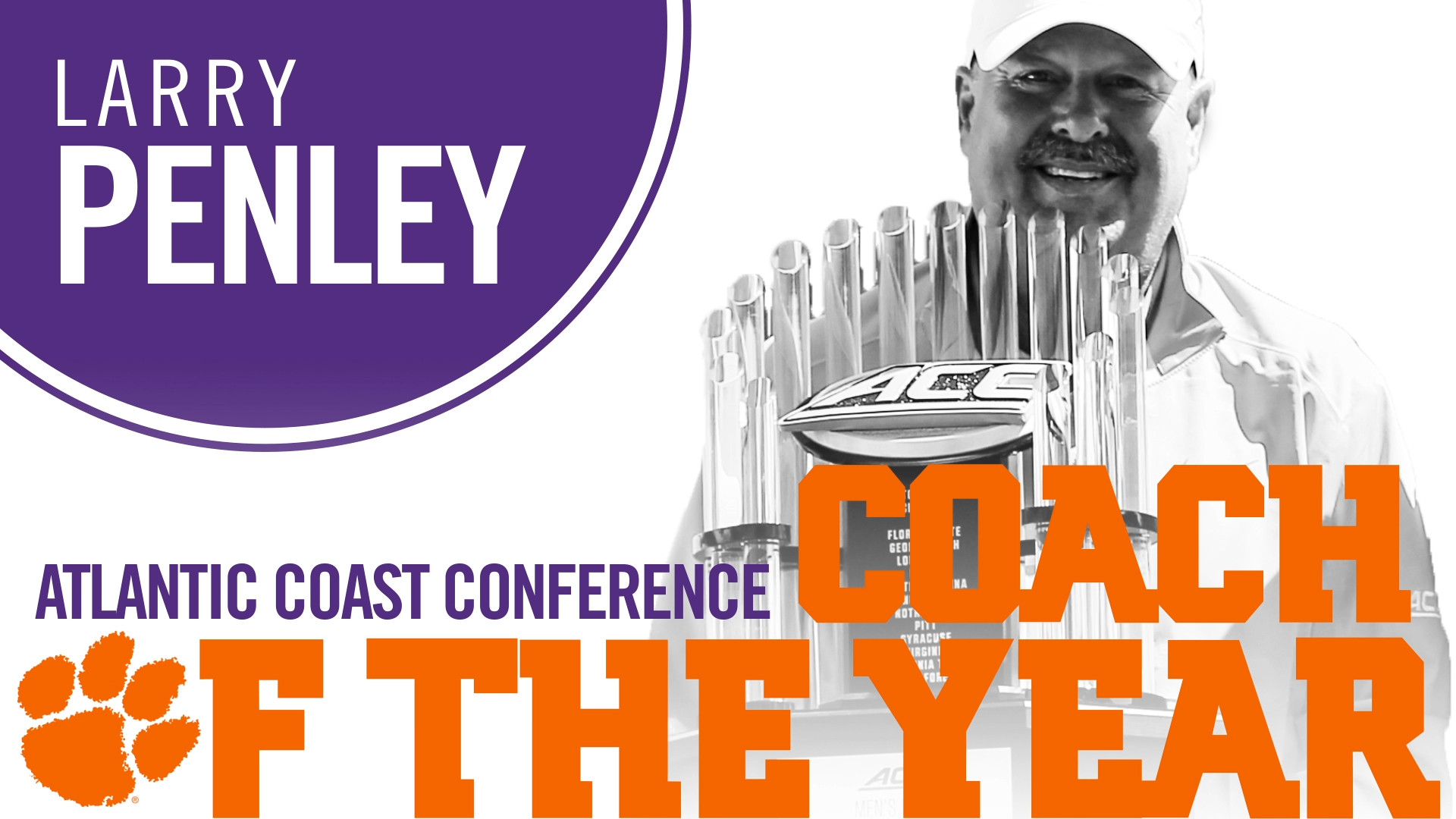 Clemson, S.C.—Larry Penley has been named ACC Men’s Golf Coach of the Year.  The ACC made the announcement on Thursday after a vote of the conference’s 12 head coaches.

This is the eighth time Penley has been named ACC Coach of the Year, tied for the second most selections for the honor in Clemson’s athletic history.  Former track coach Bob Pollock was selected nine times in indoor track and eight times in outdoor track between 1988-08.   Penley is now tied with Bruce Heppler of Georgia Tech for the most ACC Coach of the Year Awards in men’s golf.

With the selection, Penley becomes the first golf coach and first coach in any Clemson sport to be selected ACC Coach of the Year in four different decades.  He was also selected in 1987-96-97-98-03-04-07.     He is still the only men’s golf coach in ACC history to win the award three years in a row.

Clemson won the ACC Championship this year at the Old North State Club, the program’s 10th ACC title and ninth under Penley. The Tigers are ranked seventh in the latest Golfstat rankings and enter the NCAA Regional next week as the No. 2 seed at the Stillwater Regional at Oklahoma State.

The Tigers have won three of their last four tournaments, giving the program three wins in the spring for the first time since 2003.  All this has been achieved against the No. 5 ranked schedule in the nation according to the Golfweek/Sagarin ratings.

Penley’s team had four of the 12 members on the All-ACC team this year and all five of his starters are currently ranked among the top 115 players in the nation by Golfstat and Golfweek.