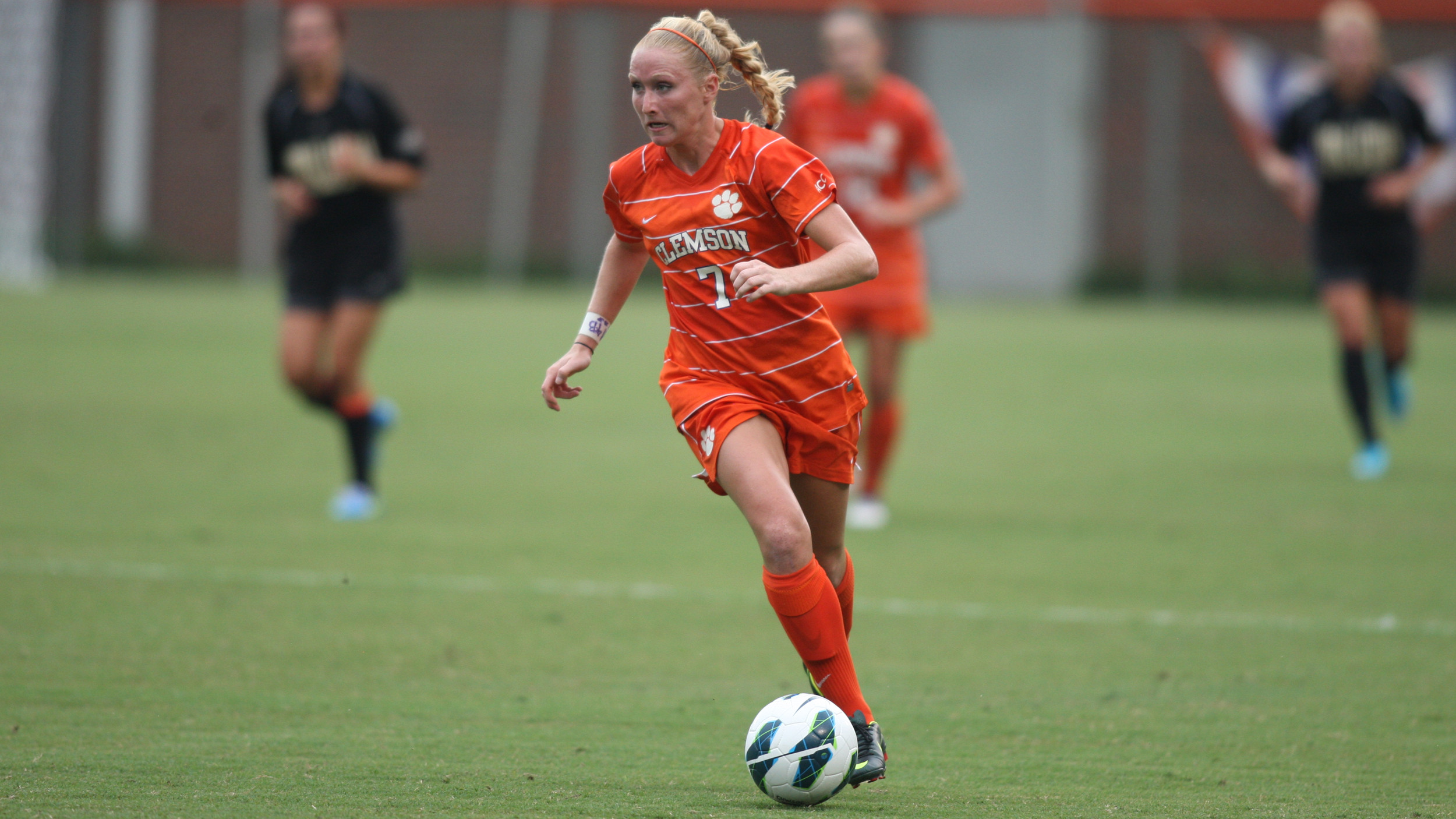 CLEMSON, SC – Rising senior women’s soccer player Tabitha Padgett and the Carolina Elite Cobras will play in the USL W-League Southeastern Conference Championship game on Friday, July 19.  The Cobras will face the Dayton Dutch Lions at 8:00 PM in Dayton, OH.  The Cobras advanced to the title game following a 1-0 victory over the Charlotte Lady Eagles on July 13.

Padgett, a forward from Orange Park, FL, started all 18 games for the Tigers in 2012.  She scored two goals and tallied three assists on the season.  Padgett transferred to Clemson from UNC Greensboro, where she was the Southern Conference Co-Player of the Year and Freshman of the Year in 2009, and an NSCAA All-Southeast Region Team selection in 2009 and 2010.

Former Tiger Sarah Jacobs, who played in the midfield for the Tigers from 2008-11, also plays for the Cobras.

The winner of Friday’s Southeastern Conference Championship game will advance to participate in the W-League Championship presented by Nike in Bradenton, FL later this month.