Former Tiger Baseball standout Matt Padgett grew up in a Gamecock family, with his mother being a University of South Carolina graduate. However, he fell in love with Clemson through his best friend at a young age, and he began to dream of wearing orange someday. That dream also included touching Howard’s Rock, and, as a dual-sport athlete, Padgett was able to do just that. Padgett played first base in baseball and kicked in football, and it was a great experience.

“It’s crazy being the kicker. I could still get over and do some baseball stuff. For me, it was great. I got the chance to work out with both sides. I always joke with people that I missed out on the toughest parts, the fall baseball and the spring football. I didn’t have to go to either of those.” 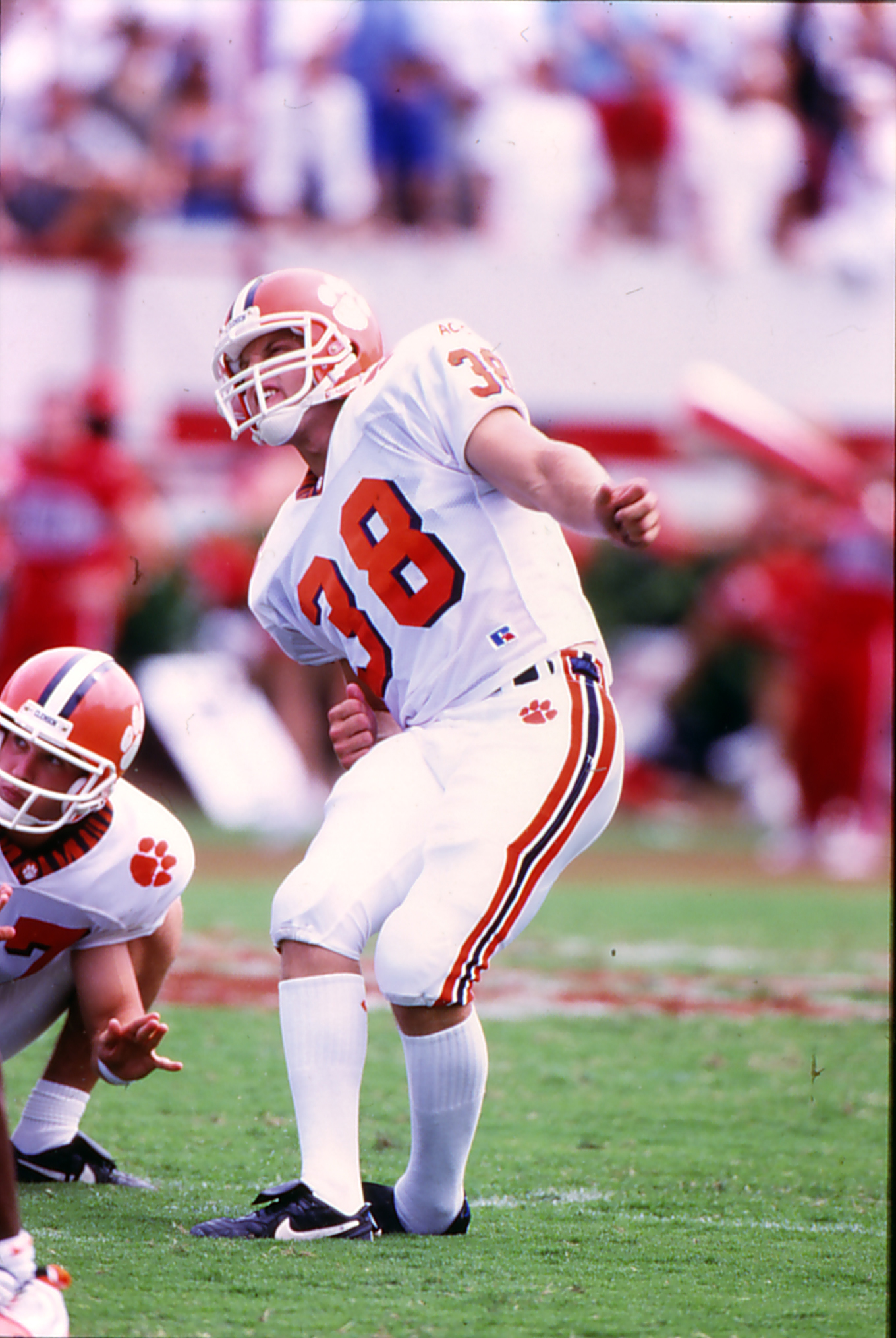 Playing both sports gave Padgett a chance to compete year-round, which he enjoyed.

Padgett made the most of his chances to compete, once kicking a game-winning field goal in a game against North Carolina State. On the diamond, Padgett’s fondest memory from Clemson was making it to the College World Series in Omaha, Neb., as a freshman and sharing that experience with his teammates.

Padgett’s time as a Tiger led to him becoming a fifth-round draft selection by MLB’s Florida Marlins in 1998, a moment that was “crazy” for Padgett. “I was still just in a mode where I was playing the game to play the game. Baseball was always that way with me. I didn’t think much about doing it in college; I just always did it, and I loved it. It was kind of a shock to me. I hadn’t really planned for it. It happened and just came on me kind of quickly. That whole experience was very different for me. I was not expecting to go through that my junior year. It was definitely a shock, but it was fun to go through the process, and I’m very grateful for the opportunity the Florida Marlins gave me.” 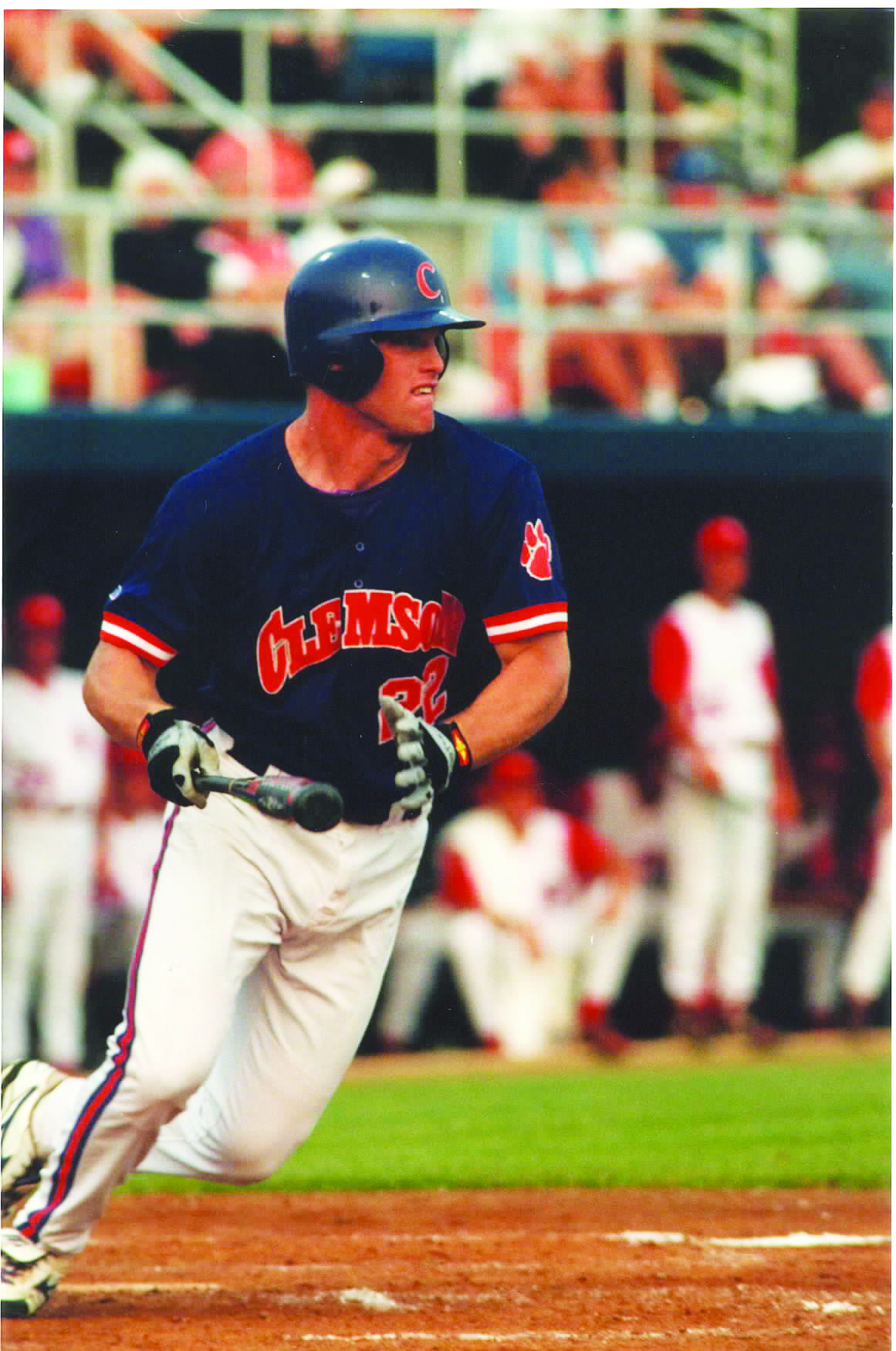 "I’ve always said baseball was very good for me. It took me to a lot of places I never would’ve gone before.”

Matt Padgett, On his mindset of leaving Clemson for the Minor Leagues

As a junior in baseball and a redshirt sophomore in football, Padgett still had some time left as a Tiger, and the decision to leave Clemson for the minor leagues was one of the toughest decisions of his life. That decision began an 18-year playing career, which is a long time with no major-league experience, but it was still a great two decades for Padgett.

“It was cool. It was different. My mindset was just trying to go out there and play baseball. The mindset of the whole business and moving up was very new and very different, but it’s great. I wouldn’t change it for anything. I’ve always said baseball was very good for me. It took me to a lot of places I never would’ve gone before.”

Along with the minor leagues, Padgett played some winter ball in other countries, like Venezuela, Colombia, the Dominican Republic and Mexico. Those were eye-opening experiences for Padgett as he got to experience different cultures and cities.

Padgett batted .266 with 130 home runs during his minor-league career. After a long career, Padgett eventually decided to hang up his spikes at 40 years old. The end of his playing career led to beginning of a new endeavor — coaching. “I’d spent the time in the game. I thought I wanted to be a manger. I guess I just felt like I loved the game; I respected the game. I wanted to stay in it. “Seeing so many people go through the way they work and the way they prepare themselves, you try to collect everything you can, and I try to use all of that to be the best coach I can be.”

Padgett enjoys watching his players work and compete, and he loves watching them continue to get better. A Lexington, S.C., native, Padgett was recently named the head coach of the Lexington County Blowfish, a summer collegiate league team in the Coastal Plain League, and it is an opportunity that means a lot to Padgett.

“I’m happy to be coaching in my hometown. Baseball’s really big in Lexington. Baseball’s really important. I think guys play hard around here. People respect the game here, and they want a good product. For me, it’s an honor to be in the position to coach that team. I’m looking forward to it. It’s going to be fun. Getting around some higher-end athletes and being able to put my own squad together again, I’m excited for the challenge. I’m looking forward to it.”

Padgett is also the head coach of Ben Lippen School’s varsity baseball team in Columbia, S.C. Padgett isn’t sure where his coaching career will go from here. He’d like to coach in college someday, but he could also see himself returning to the minors and pro ball. For right now, however, his sights are set on Ben Lippen and the Blowfish as he continues to be a great representative of Clemson and everything that Tigers can accomplish.