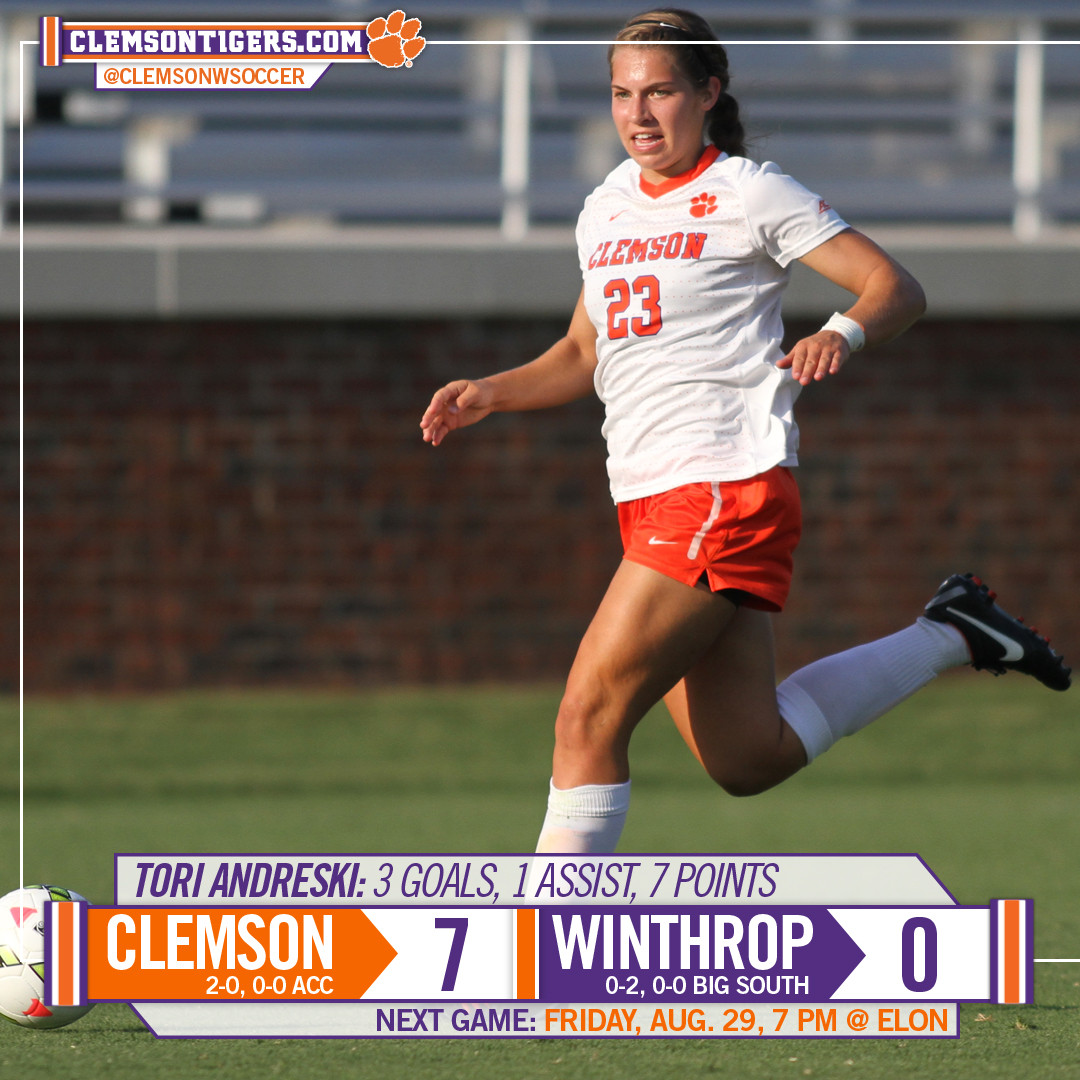 ROCK HILL, S.C. – Thanks to goals from four players, including a hat trick from sophomore Tori Andreski, the Clemson women’s soccer team defeated Winthrop 7-0 Sunday night in its first road game of the season. With the win, the Tigers improved to 2-0 on the season, while the Eagles fell to 0-2.

The scoring effort from the Tigers came early and often at Eagle Field, beginning with Andreski’s first goal of the night at the 13:44 mark off a pass from freshman Salma Anastasio. Ten minutes later, Andreski added another goal after beating the goalkeeper one on one, this time with an assist from sophomore Catrina Atanda. Sophomore Katie Sprouse then contributed an unassisted goal from 25 yards out and the Tigers took the 3-0 lead into the half.

Less than a minute into the second half, redshirt sophomore Tina Shakes scored on a play that was double-assisted by Andreski and Gabby Byorth. Sophomore Paige Reckert netted her first goal of the season to give the Tigers a 5-0 lead. Senior Morgan Campbell tallied the assist on the play.

Five minutes later, Shakes tacked on her second score of the night, and of her Clemson career, scoring from 18 yards out on a ball that was deflected by a Winthrop defender. At the 86:55 minute, Andreski capped off the scoring with a goal that was assisted by Emily Byorth, giving the sophomore forward a hat trick on the night.