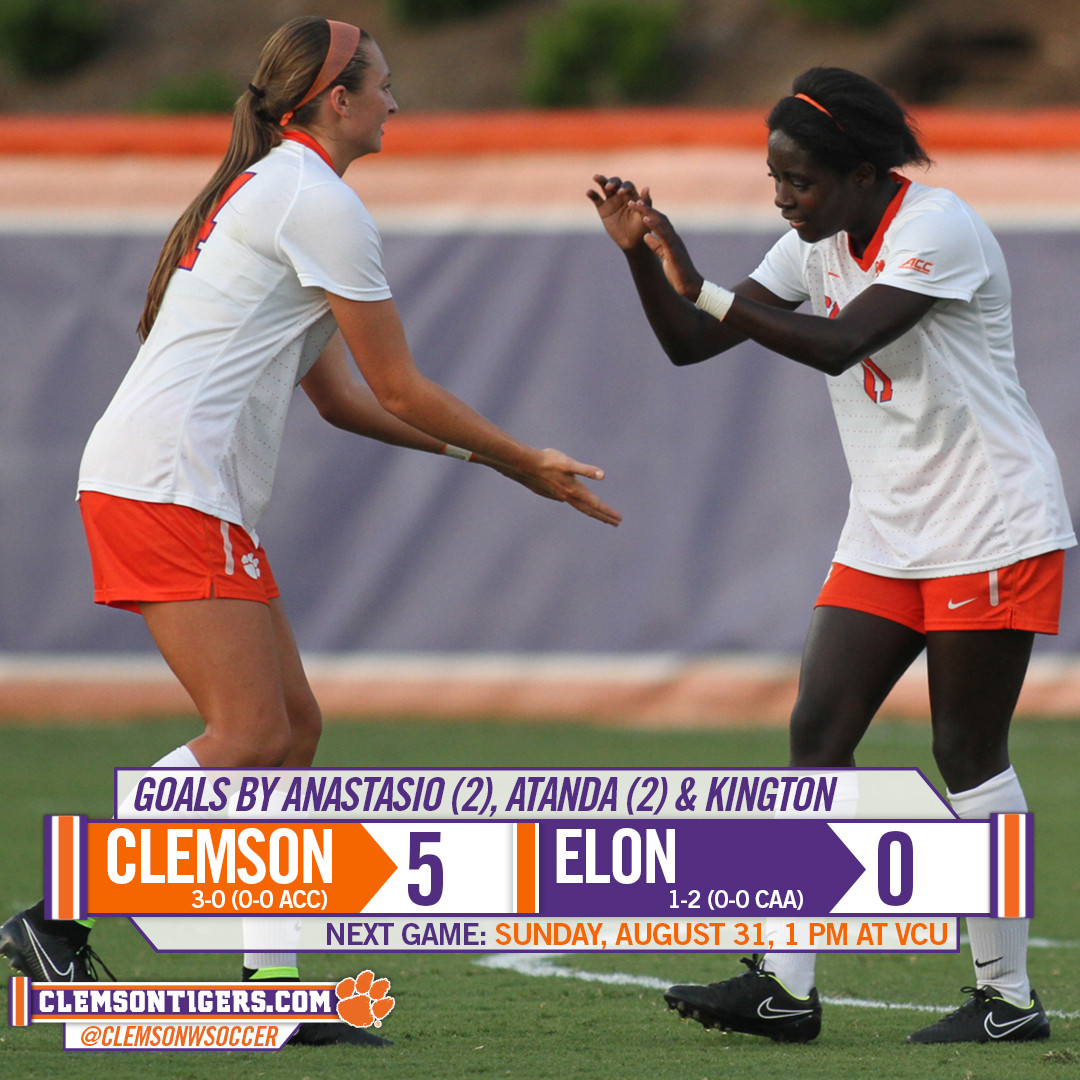 ELON, N.C.- The Clemson women’s soccer team’s offensive prowess continued on Friday night as the Tigers defeated Elon 5-0 on the road. Eddie Radwanski’s team improves to 3-0 on the season and has scored 12 goals in the last two games.

Freshman Salma Anastasio got the scoring started 10 minutes into the game off a pass from classmate Shannon Horgan, and the Tigers took the 1-0 lead into halftime.

One minute into the second half, sophomore Catrina Atanda got in on the action for her first goal of the season. Allie Kington followed up with a goal at the 53:56 mark, also her first of the year.

Sophomore Kailen Sheridan posted three saves on the night and combined with junior Hunter Rittgers for the shutout. Prior to tonight’s game the Phoenix had not been held scoreless in 24 games dating back to November 12, 2012.

“I give a lot of credit to Elon. They played a great first half. They played hard, and are extremely well-coached.

“We got a wonderful first goal by Salma early in the first half. At halftime, we made some slight adjustments and had a conversation reminding the team about our game plan.

“Another positive was that we got different contributions from a lot of people. It was great to get Shannon involved, with her four assists, and also to see Emily Byorth moving forward and getting into the offense a bit. Overall it was a great team effort, particularly in the second half.”